Ryan Spaargaren, co-founder and chief financial officer of the Downtowner, cruises past the Silverball Museum as he demonstrates one of the six-seat electric vehicles the company uses to transport riders in Delray Beach. Photos by Tim Stepien/The Coastal Star

Instead, these surfer-dudes-turned-entrepreneurs, who six years ago started the Delray Downtowner, a free electric-car taxi service that shuttles riders around downtown and slightly beyond, are all about business models and out-of-state pitches and cash-flow charts.

And, yes. They still surf.

“Everyone’s using us,” says CEO Stephen Murray, who helped launch Delray Downtowner after getting a degree in psychology from the University of Tampa.

The brains — and the muscle — behind the business, which has now expanded to Utah, Colorado and a few other Florida cities, are these high school friends who for years hung out surfing behind Bill McCauley’s Delray Beach oceanfront home.

“They grew up here,” says McCauley, who ran a Boca Raton hedge fund company for 17 years. “They were all like my sons. They kept their surfboards at my house.”

So, when the guys went off to college and came back all educated, McCauley made them an offer. “I’m happy to help you and mentor you,” he told them, “if you come up with a good idea.”

Next thing McCauley knew, bam. Electric vehicles it was. McCauley’s son, Morgan, part of that initial surf club, opted for another career route. 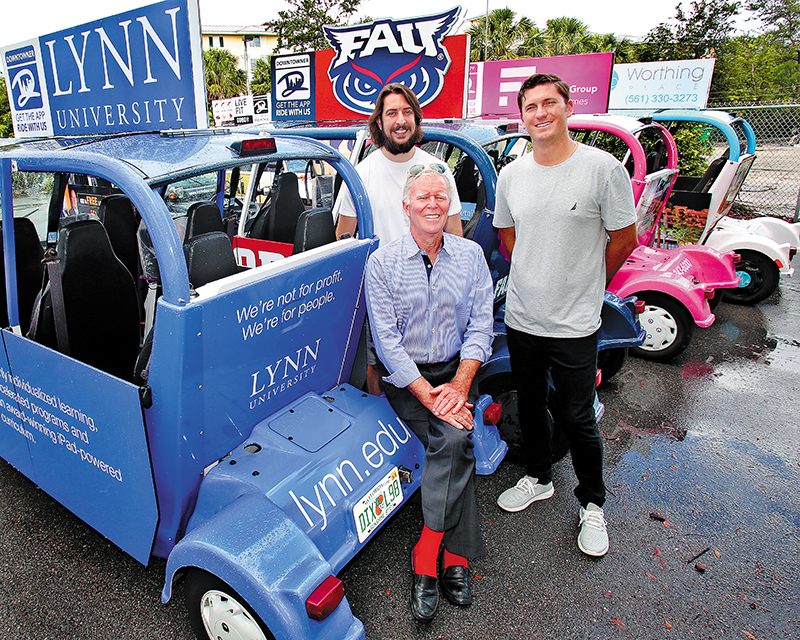 Let’s say it’s hot and your feet hurt and you’re headed from your cute house on Banker’s Row to Atlantic Avenue for dinner. Order a ride with the Downtowner. The free app is renowned for its simplicity. “We never tell anyone we don’t have a driver,” Murray said.

Hiring Monaco “was a real turning point for the company,” Murray says.

At the beginning, after meeting up with city officials and impressing the powers-that-be, Murray says they were all doing …  everything.

“It was pretty intense,” Murray says. “We were constantly driving the vehicles and answering the phones. It was crazy.”

These days, the Delray Downtowner team can hire drivers. The business model is surprisingly simple. Income comes from ads on the carts. There’s no fee for riding; drivers work for tips. McCauley says tips for a short ride average $10, but “that certainly varies.” All pickups are scheduled through the app.

With several years of success behind it, the team started expanding. And the Downtowner has tailored each expansion to the area served.

In Tampa, it is using full-size electric cars — Teslas and Chevy Volts. In Aspen, Colo., the company uses electric carts. “They call them buggies out there,” McCauley says. For the fleet in Deer Valley, Utah, the team has invested in more spacious vehicles.

And in Kimball Junction, Utah, the city is simply using Monaco’s app to run its own fleet of municipal vehicles.

“In each of those cities, we have a manager, a bunch of cars, and a bunch of drivers,” McCauley says. In Colorado, they might have to make room for snow skis. In Delray, there has to be room for beach coolers.

“We love them,” she says. “We’ve worked with them from the very beginning and they’re a massive help to us.”

Immelman says she uses the Downtowner to show off her city. “So when we have 10 people from the U.K. who are tour operators and are here looking, they’ve never let us down,” she said. “We can rely on them on a moment’s notice.”

Murray, 31, says a lot of people warned him against starting a business with a batch of good friends. But he said it’s one of the company’s greatest attributes.

“There’s kind of a general feeling that you don’t do business with your friends, but I’ve found it to be quite the opposite,” Murray said. “If you’re good enough friends with someone, that brings it to a heightened level of honesty.

“We’re like brothers, and we’re having a lot of fun.” 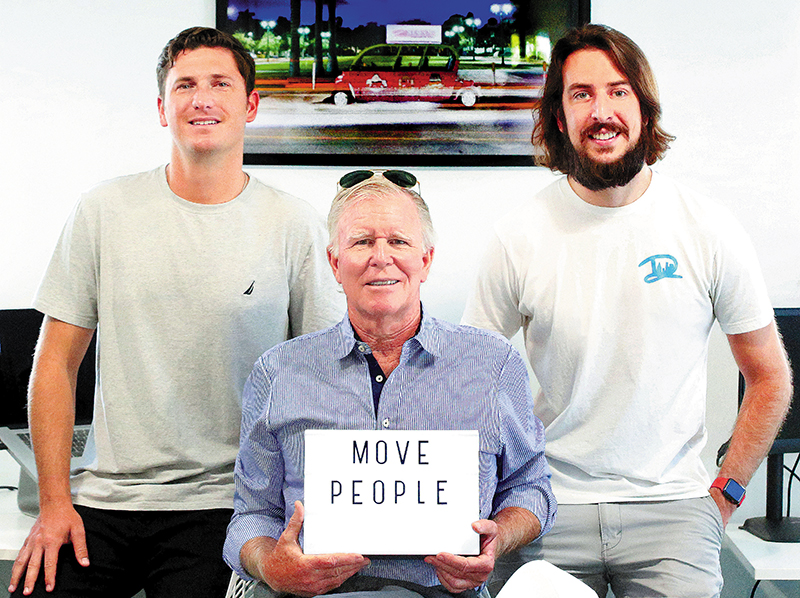