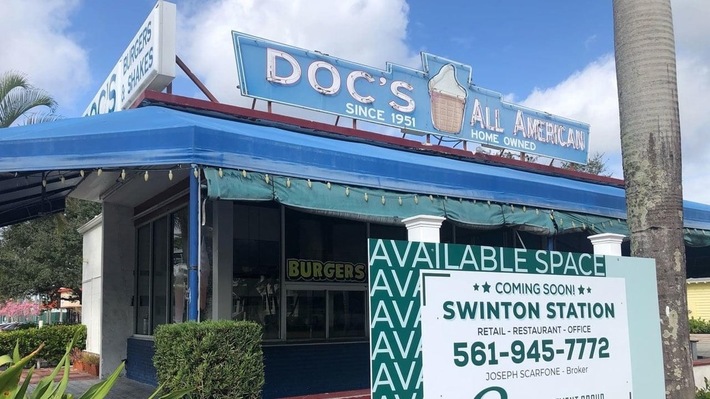 Doc’s All American restaurant moved a step closer to being listed on the local Historic Register Oct. 4, but a later vote by the City Commission left the iconic eatery’s fate uncertain.
Commissioners voted unanimously to list Doc’s, which began in 1951 as a Dairy Queen at the corner of Swinton and Atlantic avenues, on the local register.
Moments later, however, they voted 3-2 against zoning and overlay changes on the lots immediately west of Doc’s that would have allowed Doc’s owner to build a three-story, 38-foot-tall mixed retail building in the heart of the Old School Square Historic District. Currently there is a small parking lot and a Dunkin Donuts shop on those parcels.
Since city regulations require a second reading next month on placing Doc’s on the register, it remains unclear what — if anything — could happen to Doc’s between now and then.