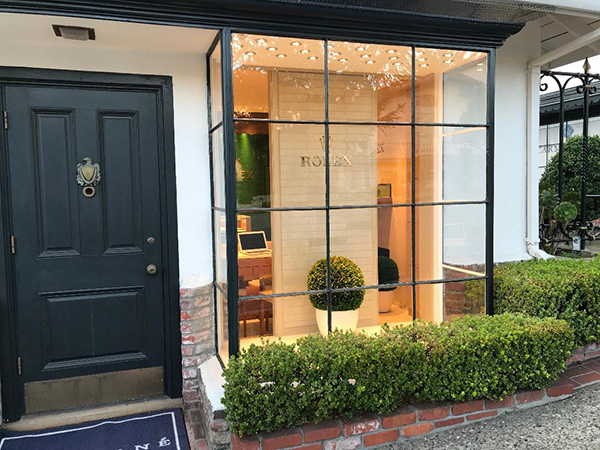 Downtown Delray Beach has a certain indefinable something, called an X-factor by urban consultant Bob Gibbs.
In late March, when Gibbs presented his analysis, he said Atlantic Avenue is a national standard for a walkable downtown with shopping and dining options.
He also gave suggestions about how the city could become the Southeast version of Carmel-by-the-Sea in California. The much smaller town has a population of about 4,000 with a strong style.
Delray Beach has an estimated population of nearly 66,000, according to the University of Florida’s Bureau of Business and Economic Research.
“Delray Beach has the potential to be known worldwide,” Gibbs said.
The city’s Downtown Development Authority sponsored his study and the Town Hall session where Gibbs gave his presentation at the Crest Theatre.
Gibbs touched on many of the city’s hot-button issues, such as parking, cleanliness, signs, architectural styles for the storefronts, landscaping and flowers, and the need for coordinated street furniture.
He thinks parking in the city garages should be free for at least two hours and possibly around the clock. “That would reduce the problem of employees parking in front of stores on Atlantic Avenue,” Gibbs said. The free parking also would appeal to shoppers who don’t mind walking.
Boca Raton and Naples have free parking in their city garages, he said.
Gibbs thinks meters on Atlantic, west of the Intracoastal Waterway, and the side streets could work in Delray Beach. He prefers single meters that can take credit cards, cash or coins or be operated via a smartphone.
“But Naples does not have meters on its streets,” Gibbs said. The rationale behind that decision should be explored by Delray Beach leaders, he said.
Gibbs thinks the city’s sign system needs work. “It should start at the interstate, continue into the downtown, point out the garages and the beachfront,” he said.
Then at key intersections, such as Atlantic and Northeast Second Avenue — the entrance to Pineapple Grove — signs should direct diners and shoppers to places in that area, Gibbs said.
Some people say brick-and-mortar stores are going away because of internet sales, but Gibbs remains bullish on downtown Delray Beach.
That prediction should hold true for the next five years, he said.
“We found the city could support 350,000 square feet more of retail space,” he said. “Stores want to be in a walkable downtown that Delray Beach has, not in a strip center.” The proposed developments of Atlantic Crossing and Midtown Delray plan to add 77,028 square feet of shops.
Speaking of strip-center styles, Delray Beach needs to stop allowing that design style with aluminum frame doors and dark-tinted windows. Gibbs didn’t want to share names, but he said there were seven or eight examples along Atlantic.
He suggested downtown Delray Beach shops aspire to be a version of Carmel-by-the-Sea stores, with paneled windows and carved doors.
Delray Beach hired planners from the Treasure Coast Regional Planning Council to create design style guidelines. The City Commission has adopted them. The next step is to make sure the building owners follow the guidelines, Gibbs said.
“Tougher design guidelines were supported by a lot of developers,” he said. Gibbs talked with Delray Beach developers, along with retailers, for his analysis.
Landscaping and adding flowers are a quick fix to make the street look fresher, according to Gibbs.
For coordinated street furniture, Gibbs suggests that Delray Beach leaders decide on a design style for benches, bike racks, trash and recycling containers, and light posts. Then, as money allows, replace the mishmash of styles.
Gibbs called Delray’s DDA one of the most effective and best-managed organizations that he has worked for nationally.