The restaurant sector has retained its place on Delray Beach’s most-wanted list.
The commission unanimously turned down an ordinance to remove parking incentives from some Atlantic Avenue restaurants that would have doubled the parking they’re required to supply as well as boosted costs. The panel called for study of the issue, noting that it was moving far too fast for one that impacted such an important segment of the city’s business.
The ordinance was not intended to eliminate restaurants but to encourage retail and diversity of use on Atlantic Avenue, Planning and Zoning Director Paul Dorling said, “This incentive has been extremely successful.”
A targeted business once wooed by the city, restaurants have multiplied to the point of saturation in downtown, according to some estimates. The proliferation of restaurants led Delray Beach leaders and staff to consider withdrawing the parking incentives used as lures to help attract restaurants since 1993.
But Steve Cohen, among the voices of investors, restauranteurs and residents at the public hearing Aug. 2, thought otherwise. “It punishes restaurants,” said the lawyer and investor. If the city passed the ordinance, it would lose the project that he and a tenant together will have sunk more than $2 million in — as well as the 75 jobs it would have created.
Proponents said removing incentives would not stop restaurants from moving to Delray Beach. “They might not go to Cluster 4, but they will go somewhere,” said Fran Marincola.
Restaurants on Atlantic Avenue from Swinton to Northeast and Southeast Fifth avenues would have been  required to have twice the number of parking spaces as previously, bringing them in line with regulations throughout the city.
The ordinance was intended to discourage conversions of retail space to restaurant uses, Dorling said, adding that the city would follow-up with incentives for retail retention and expansion to encourage a mix of businesses dowtown.        Eateries smaller than 6,000 square feet would have been required to have 12 parking spaces per 1,000 square feet — up from six previously. Restaurants larger than 6,000 square feet would have been required to have 15 parking spaces per 1,000 square feet.
Cost would effectively rise for restaurants because if they can’t furnish the required parking, they pay in-lieu parking, which costs $15,600 per space on Atlantic west of the Intracoastal Waterway, $18,200 per space east of the ICW; $7,800 for areas including within the Pineapple Grove Main Street area and $4,000 in the West Atlantic Neighborhood.
Mayor Woodie McDuffie, who called for study of the restaurant parking move, said “I haven’t heard of one person who hasn’t gone downtown because there are too many restaurants.”
He argued that while the restaurant business was flourishing in Delray Beach, retail was suffering everywhere. He pointed to areas like Boca Raton and CityPlace and Clematis Street in West Palm Beach, where dead downtowns, large retailer turnover and even a contest to give away retail space, pointed to the current environment for that sector.
The mayor, however, said he was willing to suport even the same ordinance after the issue had been studied and if it was well-planned.
In other Delray Beach news: 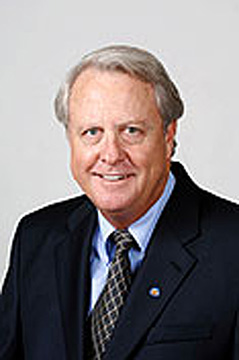 • Commissioners are interviewing candidates to fill the unexpired seat of Commissioner Fred Fetzer, who resigned effective Aug. 1 for personal and health reasons. Fetzer served the commission for 5½ years. The commission selected to call a special meeting prior to their regular Aug. 9 workshop to make a selection, The panel must appoint a new commissioner by Aug. 16 or, if not successful, hold a special election.
The following submitted applications for the vacant seat by the July 29 filing deadline: Jay Alperin, Patricia Langley Archer, Jason Dollard, Kelli Freeman, Al Jacquet, George Kallai, Jayne King, Kurt Lehmann, Christina Morrison Pearce, David Stein and Shelly Weil.
• The city approved a proposed tax rate of $7.19 per $1,000 of taxable property value, the same as last year. The city can still lower the rate, but can’t increase it as it works to finalize its budget.
In recommending the rate, City Manager David Harden said his objective is to reduce the rate to $7.15 and make up the balance with a fire services assessment. Negotiations were authorized July 12 with Burton & Associates to study a fire services assessment in Delray Beach. Burton bid $35,000.