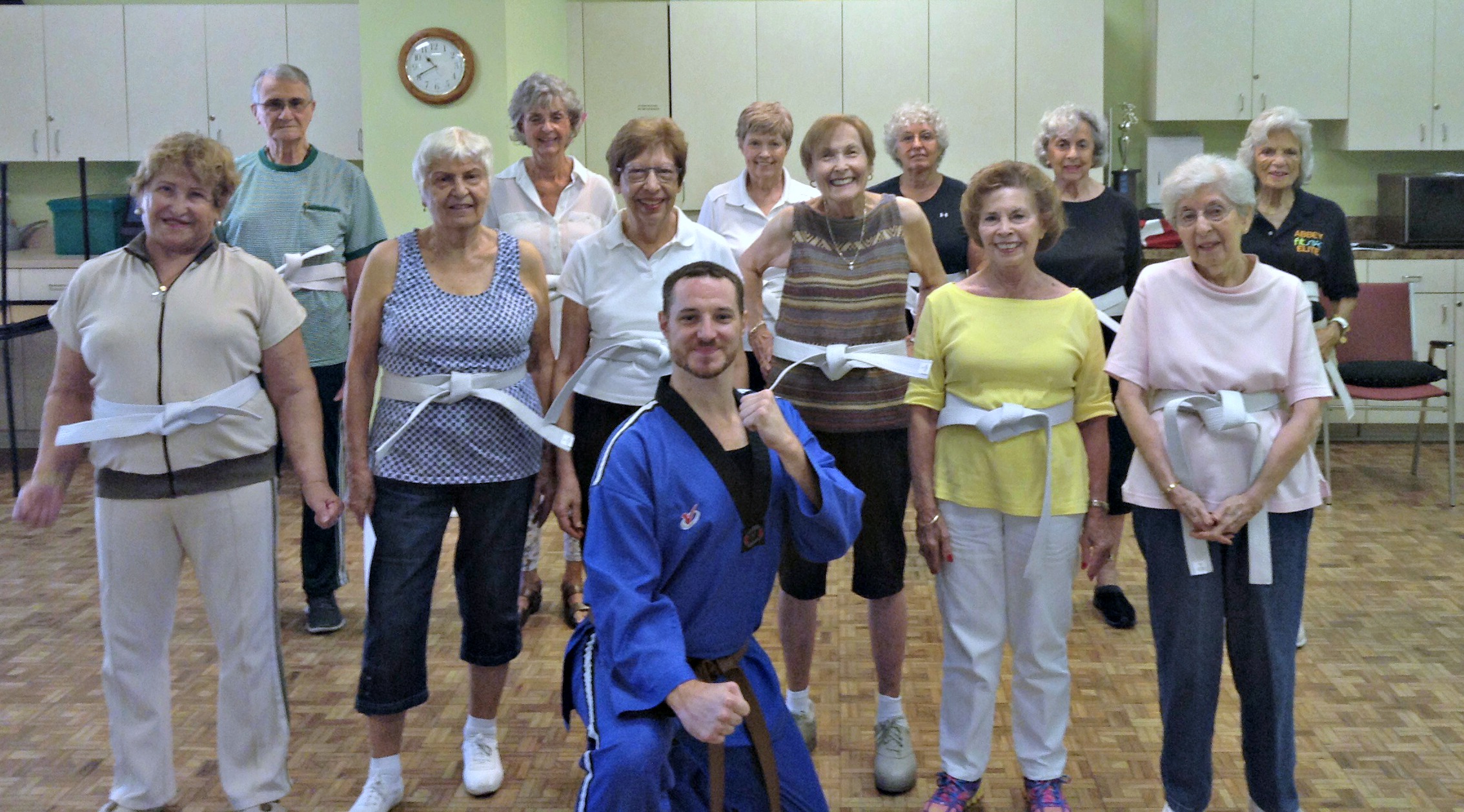 A new Taekwondo program is turning heads at a senior living community in Delray Beach. Abbey Delray launched the new martial arts and fitness program in September 2015, and is seeing an impact on the lives of residents.

Carmine Scandura, director of fitness and developer of the program, says this Taekwondo class is a spin-off of Tai Chi, which promote better balance.

With every block, kick and punch, the residents learn the importance of staying fit and maintaining an active lifestyle. On average, around 17 residents attend the class, ranging in age from their 80s to the mid-90s!

Scandura attributes the popularity of the class to the quicker movements, the use of equipment and team exercises, and the challenge to the mind and balance of each resident. At the end of each month, Abbey Delray residents have the opportunity to pass a challenge to receive their white belt.

On October 1st, 12 residents at the community received the first belts of the Taekwondo Class.