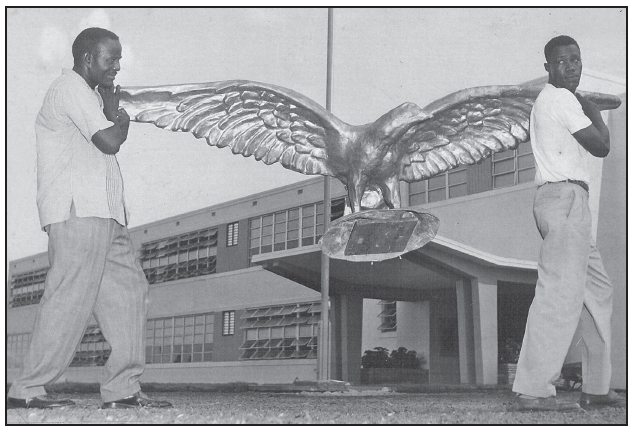 It’s been more than a half century since the final bell sounded at Carver High School. Chain-link fencing encircles the beige and boxy two-story buildings now, but to former students, the dowdy appearance belies the profound impact the school had on their lives and their community.
Before Palm Beach County schools integrated, Carver was the only place where Black students from Delray Beach and beyond — most from low-income households — could attend high school. It offered the prospect of a better future, but it was much more than a school.
“It was the only place for us as a people to gather,” says Paula Rocker, Class of 1966. “That was the center, not just for education, but for all the things that impacted the Black community,” such as neighborhood meetings and talent shows.

As buildings on the campus deteriorated, the county School District announced plans to raze them a few years ago. Preservationists succeeded in getting the district to spare the administration building and cafetorium, and it also plans to refurbish the gymnasium. 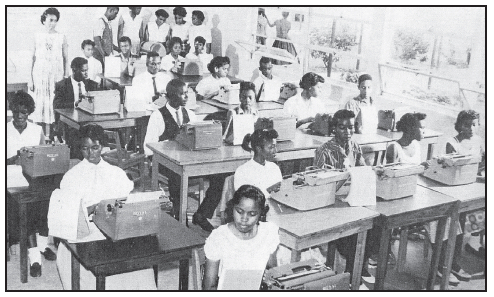 At the same time, the district plans to build a complex to provide a medical and technical career-oriented curriculum. It will be called Village Center, with a new 20,000-square-foot building and modular classrooms. Plans call for the gymnasium to be reconfigured as a multipurpose arts facility capable of seating 500 people.
Work is scheduled to begin this summer and be substantially done by next year.
Carver is considered historic for the age of its buildings, the architect who designed them and the luminaries in the Black community associated with the school. But its cultural impact during segregation is particularly significant.

Students gather in the library at Carver High School in Delray Beach in the 1950s.

Teachers were pivotal, not only in school but alongside parents in instilling life lessons. It was like having an additional parent — because teachers lived in the same segregated neighborhoods as their students.
“The teachers treated us as though we were their children,” Lorenzo Brooks, a 1960 graduate, said in a documentary, Old School, produced by the Spady Cultural Heritage Museum in Delray Beach more than a decade ago.

“The teachers were the same people that sat next to you in church, and that you saw when you went to the supermarket,” Rocker says. “When your teacher reported to your parent that you were misbehaving, woe be unto you. The values that many of us have today were instilled by our parents and our teachers at Carver.”
That oversight extended even further, says Ernestine Holliday, a 1959 graduate who spent her career as a home health aide.
“Everybody was your parents. Your parents would go off to work at 6 o’clock in the morning … but there were other eyes” watching children, she says.
And when kids went to school, they had better be dressed and groomed smartly. “If you went to school and you needed your hair combed or deodorant, that was addressed, but it was addressed in a loving manner,” says Rocker, a retired AT&T call center manager and adult education teacher.
Granvill Dorsett, president of the 1966 class, agrees. “We knew there was a stigma being African-Americans. We had to change the narrative. We made sure we were well-dressed, well-spoken and well-behaved.” 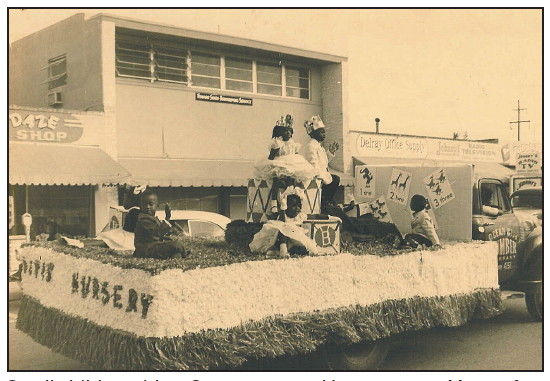 Small children ride a float sponsored by a nursery. Some teachers worked on farms to supplement their incomes.

Some students were bused to school from outlying farms miles away. “Most of them studied hard because they didn’t want to make that a lifetime of having to work on the farm,” Holliday says. “There were some kids that didn’t start school until they were 7 or 8 years old. They were behind, but they didn’t want to remain behind.”
Her own father was a migrant contractor during the summers when school was out. He’d take families to farms as distant as North Carolina and upstate New York, where they would harvest crops and be provided housing. Holliday would return to Carver High as late as October or November, she says.

History dates to 1896
Carver’s roots date back more than a century. In 1896, Colored School No. 4, on what is now Northwest Fifth Avenue, opened to serve Black children. It later was renamed the Delray County Training School.
Solomon D. Spady, a onetime student of agricultural scientist and inventor George Washington Carver at Tuskegee Institute, became a teacher and the principal at the school, grades 1-8, in 1921 at Carver’s urging.
In 1937, the school moved to Northwest Eighth Avenue. It was renamed George Washington Carver High School, with grades 1-12.

Spady — a revered civic leader — was still principal, and he also taught wood shop and agriculture courses. Some of his students cultivated crops on 10 acres that were sold to the public. These school grounds are now the site of S.D. Spady Elementary School. 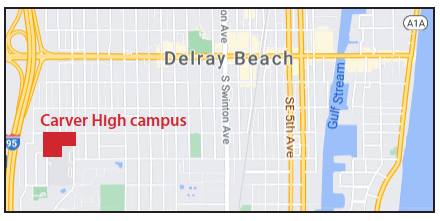 The Delray Full Service Center is now in a portion of the old Carver campus. It provides adult education instruction and will continue doing so at the new Village Center.
The renowned architect of Carver was Gustav Maass Jr. He designed houses throughout the town of Palm Beach, commercial buildings on Atlantic Avenue in Delray Beach and railroad stations in Florida, including the historic Delray Beach Seaboard Air Line Railway Station in 1927.
Much of Maass’ original design at Carver is gone now, and preservationists hope to obtain money to restore it. Ideas for use range from a trade school, to an adult education center to a culinary school.
But first they need the School District to relinquish ownership of the administration building and cafetorium it wants to renovate. No action from the district is expected, however, until June 2022.
And they want the Delray Beach City Commission to add the structures to the city’s register of historic places, making them eligible for grant money and ensuring their long-term protection. 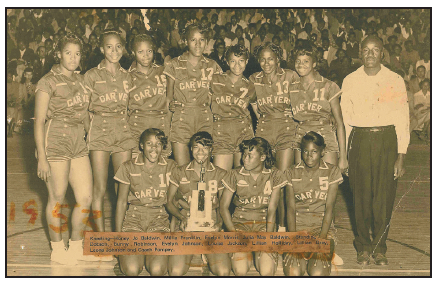 At Carver’s final location, the tenure of another towering figure in the school’s history began. C. Spencer Pompey was a coach, a teacher and a civil rights activist. He protested Delray Beach’s whites-only beach in the 1950s and was involved in the filing of a successful class action a decade earlier to eliminate disparities between white and Black teachers’ salaries. The plaintiffs’ lawyer was a young Thurgood Marshall from the NAACP. He later became the first Black justice on the U.S. Supreme Court.
Lois Martin knew firsthand about teachers’ poor pay. After graduating from Carver in 1946, she went to college, then began teaching at her old school in 1950. She supplemented her $2,000 annual salary by picking beans at a Boca Raton farm during the Christmas holidays, she said in the Old School documentary.

Cherished memories
Carver students and the entire community were proud of the school’s extracurricular activities and events, especially the football and other athletic teams, and the marching bands. Carver’s football prowess was such that the school won several state titles in the 1960s. Even white folks ventured over to watch the Eagles play.
Football “was one of the things that kind of kept us together,” Dorsett says of the students.
So did the promise of decent jobs if they finished school. Students were told that with a proper education they could return home to become teachers themselves, Rocker says. And the school’s industrial arts courses also provided an incentive to graduate.

“You left there with a trade — cosmetology, carpentry, masonry, agriculture,” Rocker says.
Only nine of 127 seniors in his Class of 1966 didn’t graduate, says Dorsett, a Vietnam veteran and National Guardsman who is a retired utility mechanic for the city of Delray Beach. “The families stressed education … because they knew it was about economics” — financial betterment, he says.
“It was important because our parents were born back in the early 1900s,” Holliday says. “They weren’t allowed to get an education because most of their parents were sharecroppers and they had to work. For them, their children getting an education was important because they weren’t allowed to get one.”
Holliday is unconcerned about saving any of her alma mater’s buildings. But, she adds, “I wouldn’t trade Carver for anything.”
To others, like Dorsett and Rocker, those buildings are a vital and visible link to a cherished past.
“The love that I feel when I talk about Carver High School, it’s almost like the love I have for my son,” Rocker says. “That’s where the caring, not only for me, but for all of the students there began.”