Please Note: According to Delray Beach City Clerk, Chevelle Nubin, there is a 1:00 p.m. Special City Commission Meeting scheduled for November 2, 2012, at City Hall, in the First Floor Conference Room to consider the deferral of the Atlantic Plaza II Conditional Use Item to November 13, 2012. 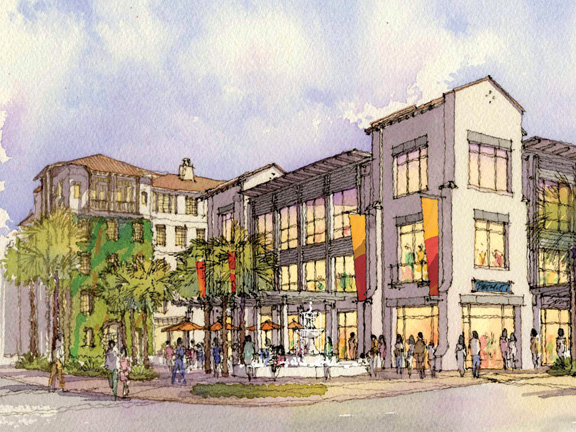 Atlantic Plaza II as it would appear at the corner of East Atlantic Avenue and Northeast Sixth Avenue.  Rendering provided