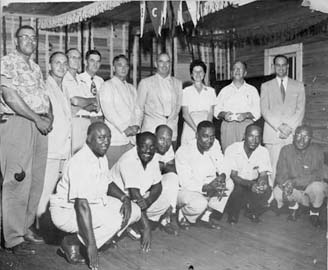 In 1962 the Interracial Committee was formed to seek harmony

amid the unresolved resistance to integration of the beach. 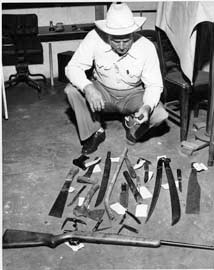 confiscated under an ordinance that allowed police to search vehicles.

Visitors to the Spady Cultural Heritage Museum at 170 NW Fifth Ave. in Delray Beach are greeted by an African proverb: “Until the lions have their historians, the tales of the hunt will continue to glorify the hunter.”
Recently, the museum received a $5,000 matching grant from the Florida Humanities Council to document the history of racial struggle that ended with the integration of the city beach.
“Slavery had been abolished before South Florida was developed. We didn’t have the same territorial issues as the rest of the South,” says Charlene Jones, the museum’s director, “so our issue became the beach.”
Working with Florida Atlantic University’s department of history, the museum will spend the next six months compiling oral histories for Beach at Delray: Untold Stories, a booklet county educators can use to teach the story of James McBride, C. Spencer Pompey, Catherine Strong and other prominent figures in the integration fight.
“And then, if we’re funded again, we’d like to create a traveling exhibit around the subject,” Jones adds. “But even if we’re not funded, we’re going to create a lesson plan for Palm Beach County schools.
“We’re inviting anyone who remembers this time in our city’s history — white or black — to come in and record their memories so we can pull together the names, dates and locations.”
For more information, call the museum at (561) 279-8883.