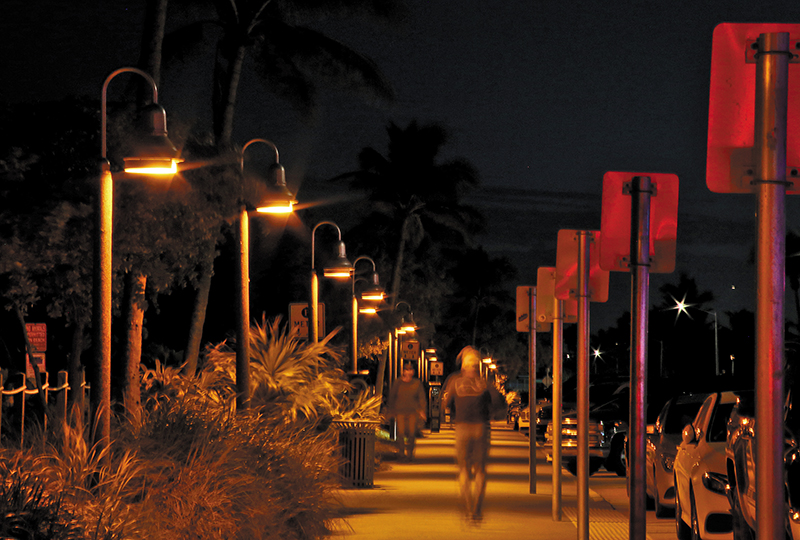 The second phase of the beach master plan was finished in early January, including this amber-colored lighting along the promenade sidewalk. The lights, which are shielded from the beach side to protect sea turtles, are on timers and most go off at 10 p.m. But the lights near the Atlantic Avenue pavilion are on until 2 a.m. Minor fixes to the second phase will be complete by mid-February, said Gina Carter, Delray Beach spokeswoman. The $3.7 million project included nautical fencing to protect the dunes; the promenade lighting between Harbor Drive and Casuarina Road; and six renovated crosswalks. Tim Stepien/The Coastal Star