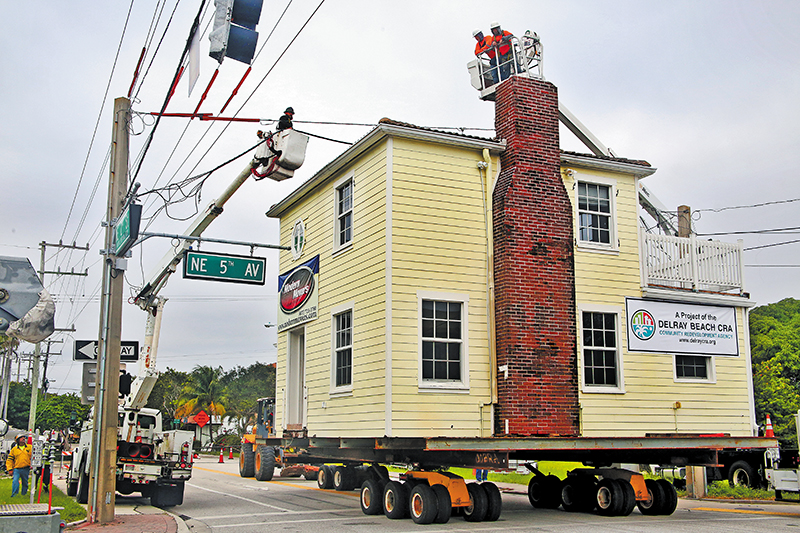 The 1937 Wellbrock House, designed by Samuel Ogren Sr., was gingerly relocated Nov. 17 by the Community Redevelopment Agency to CRA property on North Swinton Avenue, where it will become CRA offices. It took house mover Pat Burdette nearly 11 hours to navigate the nine-block route. Delray Beach architect Roger Cope led the move to preserve the house, which was slated for demolition. It was the longtime winter home of John C. Wellbrock, a prominent produce broker. Photos by Tim Stepien/The Coastal Star 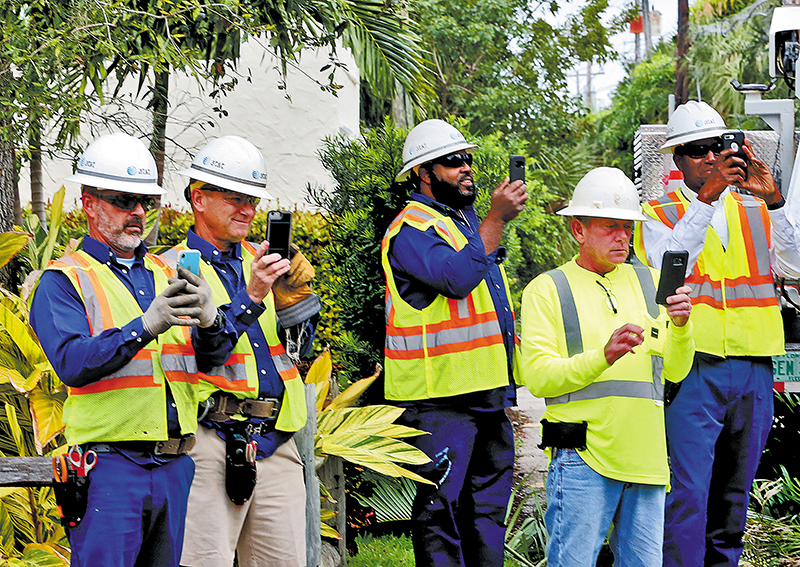 ABOVE: AT&T employees recorded the house move. BELOW: Utility lines and traffic lights were raised and lowered and some tree limbs removed to allow the house to pass. 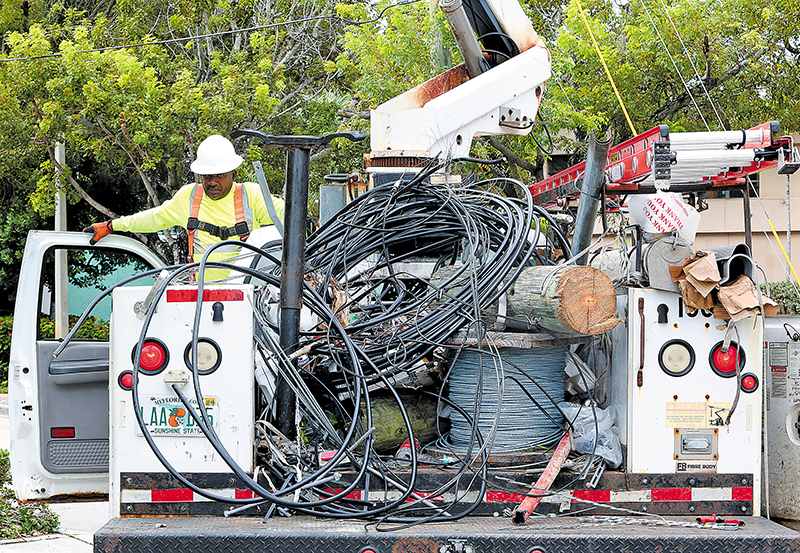