Two incumbent Delray Beach city commissioners and the mayor will have challengers in the March 9 municipal election. 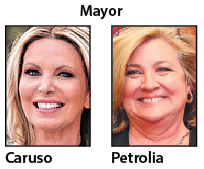 Mayor Shelly Petrolia, who opened her reelection campaign in June 2018, raised $84,371.90 as of Nov. 30. A residential real estate broker, she lent her campaign $53,715.90. The rest of her donors are mainly individuals, with some home builders and other firms sprinkled into the mix.

Her competitor is Tracy Caruso, wife of state Rep. Michael Caruso, one of the few Republican legislators in Palm Beach County. Tracy Caruso is the current chairwoman of the city’s Historic Preservation Board.

One-third of Caruso’s 45 contributors were political action committees, according to the campaign finance report submitted by Debbie Millner, of the Political Accounting Group LLC. The same Jensen Beach firm was hired by Michael Caruso in his recent reelection to the state House. 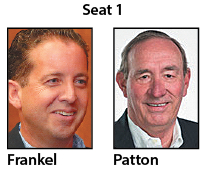 Adam Frankel, a criminal defense lawyer, is hoping to return to his Seat 1 on the commission. He raised $12,000 in November, according to his campaign finance report.

Of the 13 contributors listed, at least three do business with the city. All donated $1,000 each to Frankel’s reelection campaign. Ocean Beach Service Inc., of Riviera Beach, has a contract to provide the city’s beach equipment rentals, including chairs and umbrellas.

His opponent is Price Patton. A veteran journalist, Patton worked for more than two decades at The Palm Beach Post. He became a founding partner of The Coastal Star after it began in 2008. He has taken a leave of absence from that role.

Patton also has served on city advisory boards for six years, covering two terms on the Historic Preservation Board and his current vice chairman seat on the Site Plan Review and Appearance Board. 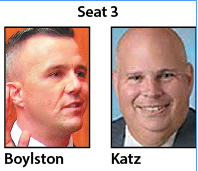 The race for Seat 3 features a rematch between incumbent Ryan Boylston and Mitch Katz. Katz was first elected to the commission in 2015.

In March 2018, Katz received 397 more mail-in ballots, but lost on Election Day when nearly 1,400 more people voted for Boylston, who has a digital marketing firm.

Boylston lent his reelection campaign $10,000 in November when he did not have a challenger. He has also served on the Downtown Development Authority board, including one year as chairman.

Katz, who works for a private higher education company, entered the race on Dec. 7.

Anyone registered to vote in Delray Beach can cast a ballot in each race.