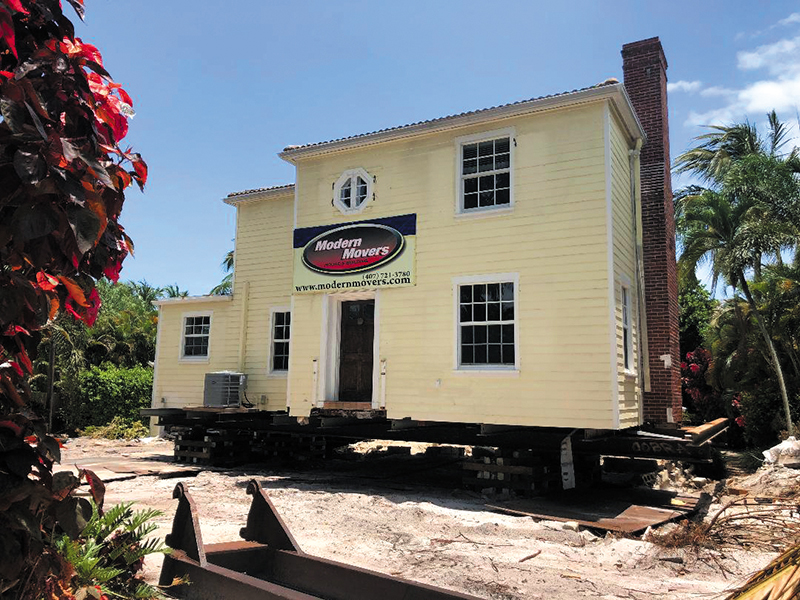 This classic Samuel Ogren Sr.-designed house on Northeast Seventh Avenue was destined for demolition to make room for three townhouses when architect and preservationist Roger Cope stepped in. The owner, Azure Development, told Cope, of Delray Beach, that if he could move the house off the property, he could have it. Cope eventually persuaded the Delray Beach Community Redevelopment Agency to preserve the 1937 house, which will be moved in mid-August to the CRA property on North Swinton Avenue to be repurposed for CRA offices. The effort drew support from CRA staffers and Delray Beach Mayor Shelly Petrolia, who serves as chairwoman of the CRA. The house now is raised from its foundation and ready to move. Photo provided