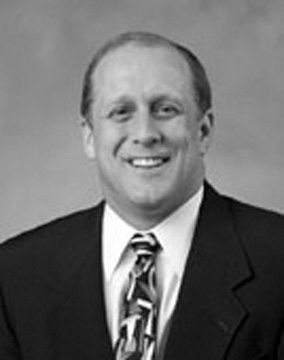 Gary Eliopoulos won’t run for re-election next term, deciding it’s time to turn attention to family and business, he told his fellow commissioners at an early December Commission meeting.
Eliopoulos spoke about commitment and sacrifice before his announcement, saying, “It’s definitely a sacrifice. You should be willing to do that — should be bringing in energy, creativity, passion and at least 100 percent commitment. That to me makes a good commissioner.”
“I think it’s important for this commission to have individuals up here who can commit to it. Tonight it’s my 13-year-old daughter’s birthday. You make those sacrifices because it’s so important,” he said.
In addition, Eliopoulos later expressed frustration from instances of casting an ineffectual vote against the succeeding majority. And part of the importance of being a commissioner  is being effective and making a difference, he said.
As the economic downturn drags on, people don’t always see that, he said. “They’re expecting miracles. Unfortunately, it’s not going to happen right now.”
Eliopoulos, who said he had been in the position for four years, stated it was time to turn his attention elsewhere. “Next year, I need to gear toward my business.”
An architect by profession, Eliopoulos has been in Florida since 1985 and has his own firm, Eliopoulos Architecture Inc. in Delray Beach.
While Eliopoulos said he won’t run, he added that he wasn’t leaving — it was just for a period of time and he planned to stay involved.
The next election will be held March 8.