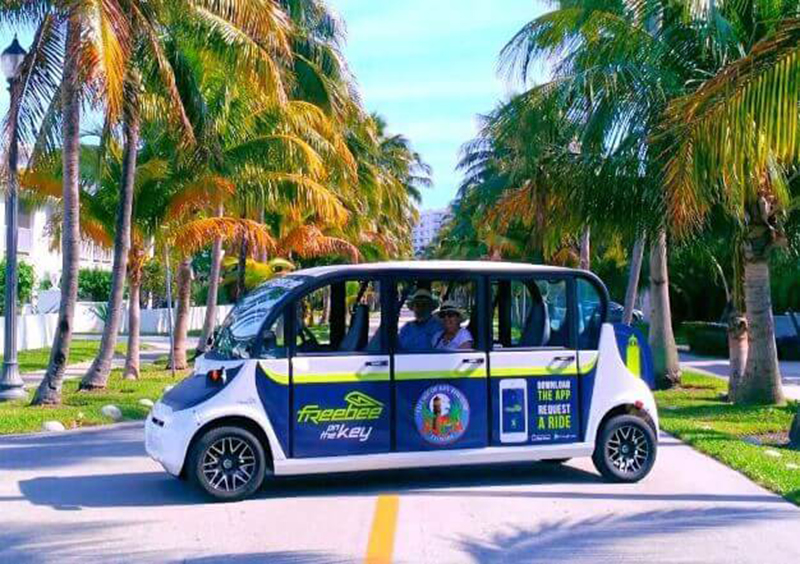 Delray Beach is still waiting on the new vehicles it contracted for to replace the downtown trolley, and officials aren’t happy with some details of contract negotiations.
First Transit, the city’s fixed-route operator, has not yet ordered the new propane-powered vehicles, Community Redevelopment Agency board members learned at a June 11 workshop. The company is waiting until it has a signed contract with the city before ordering the vehicles, and that could be months away.
“It will take 14 days from when we sign the contract to get the new vehicles,” said Shannon Borst of First Transit, based in Cincinnati with local offices in Boynton Beach. The new mini-van vehicles will take between 120 to 160 days to have their engines changed from diesel power, Borst said.
First Transit will work with Freebee, the selected point-to-point operator, to use its smartphone app to allow riders to know where the minivan is and to find the nearest stop.
The CRA board members had talked about wanting wooden bench seats in the new vehicles like the old trolleys had to give visitors an old-time experience. But the white minivans already on the streets have individual bus seats and have replaced the trolleys, Borst said.
“We were underwhelmed,” Shelly Petrolia, CRA chairwoman and Delray Beach mayor, said after the workshop. “Why would we pay [more] for them if they are going to be exactly like what we have?”
The board members agreed to extend First Transit’s contract to operate two diesel minivans for another six months while the exact type of vehicles, the style of vinyl wrapping and other details are negotiated.
The minivans can be wrapped to look like a Woody — a 1960s era station wagon that had wood panels on doors or roof, Renée Jadusingh, CRA assistant director, said at the workshop.
Meanwhile, Freebee has ordered its vehicles for the point-to-point system, said Jason Spiegel, managing partner of Freebee. The service will begin on Sept. 3.
“We’re excited to be in Delray Beach,” Spiegel said at the workshop. The five electric-powered vehicles will be wrapped and carry advertising, in addition to the city and CRA logos.
The CRA board members didn’t like the idea that the point-to-point vehicles would be promoting businesses as they drove through the downtown.
Without the advertising, Freebee would need to charge the CRA an additional $180,000, Spiegel said.
“It’s a little disappointing,” Petrolia said after the workshop. “I feel snake-bitten by these transit contracts.”
Separately, Patrick Halliday is operating a pedicab service from 8 p.m. to midnight on Fridays and Saturdays, weather permitting. His drivers service the area between Swinton Avenue to the ocean and north to Fourth Street and south to Third Street.
Halliday, a bicycling advocate, has wanted to start the pedicab service for years. He received Florida Department of Transportation approval, which said pedicabs should be treated as bicycles and are allowed on the street.
The pedicab ride is free and operates on a “generous gratuity” to the driver. Four pedicabs will run each evening, Halliday said.
Riders who want to summon a pedicab should call 288-4511 and press 1.