In the early days, the school founded in 1964 was referred to as the Wee Wisdom School, and VW microbuses served as student transportation. Photo provided

If you want to know why the Unity School of Delray Beach has flourished for 50 years, take a short stroll down the covered walk that runs between the middle school classrooms and the Advanced Learning and Enrichment Center.
Each of the walkway’s supporting columns is engraved with a virtue.
Patience. Silence. Gratitude. Honor.
Forty-five columns. Forty-five virtues.
Charity. Tolerance. Empathy. Strength.
And of course, Unity. Head of School Louis St-Laurent poses near one of the 45 columns of virtues.

“Each class adopts four virtues each year, and once a week in our Lessons In Living classes they study those virtues,” says Louis St-Laurent, the head of school. “We teach the whole child.” Unity School has been teaching whole children since 1964, when it opened as the Wee Wisdom School with two buildings, serving children in preschool through third grade with a program based on the Montessori method.
Today, the school still stands on the same 8.5 acres at Northwest 22nd Street and Swinton Avenue, but the past half-century has seen the arrival of three more buildings, a computer lab and library, media center and playground.
Now a staff of about 72 men and women direct the education — physical, mental and spiritual — of more than 300 children from preschool through eighth grade. But the philosophy remains the same. 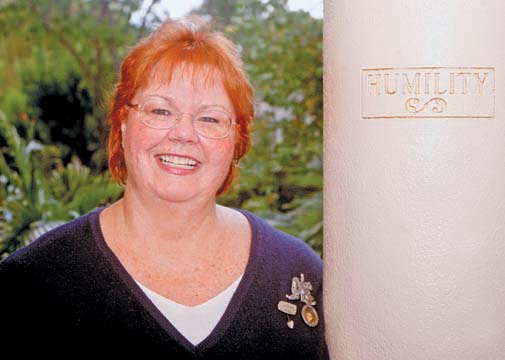 “We share ground with Unity Church, and the Rev. Nancy Norman is our CEO, but the school is nondenominational,” says Darlene Lang, who arrived as a first-grade teacher in 1985 and is now the director of curriculum.
Founded in 1889, the Unity Church — not to be confused with the Unitarians — emphasizes a practical, positive approach to Christianity, and while the school advocates no particular religion, the underlying philosophy remains.
“We emphasize three basic points,” St-Laurent explains. “Know thyself, how you respond to others. Choose thyself, choose to be compassionate. And give thyself, in service to the community.”
Earlier this year, St-Laurent recalls, one student hit another. “And he instantly burst into tears and was sobbing, ‘I don’t know why I did that.’ ”
St-Laurent met with the boy. “We agreed he should be sent home for a day, and when he returned he spoke to one of the younger classes on ‘What I Did and What I Learned from it.’ ”

A practical approach to character development the Unity way. 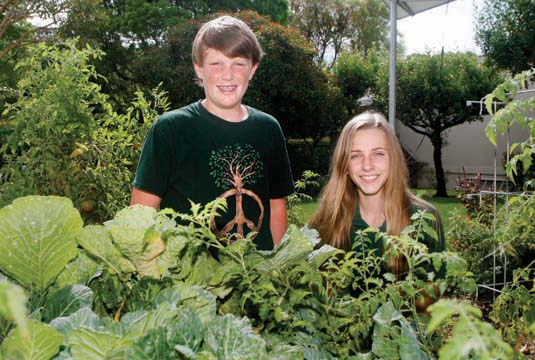 Ava Hammer, 13, of Boynton Beach is a seventh-grader who’s been at Unity since preschool. Ask her the most important lesson she’s learned in those years and she answers instantly.
“The Golden Rule.”
Cole Fox, 13, an eighth-grader from Gulf Stream, doesn’t hesitate, either.
“The most important lesson I’ve learned,” he says, “is that you get out of life what you put into it. If I don’t study, I don’t do well, but if I spend two hours on Power Point math questions, I can keep a 95 average.”
Unity is much more than a touchy-feely form of secular Sunday school. Building intellect is as important as building character.
Cole has received a 50 percent scholarship to the American Heritage School in Delray Beach, which is not unusual, St-Laurent says.
“Our kids can go to any school they want,” he boasts. “I’ve had students in my office in tears saying, ‘I don’t know what school to choose.’ ”
This year, Unity’s annual Science Fair was renamed the Future Scientists and Engineers Conference.
“We brought in a team of speakers from the University of Central Florida who had created a bionic arm with 3D printing,” Lang said. The school received two new 3D printers of its own in March.
And blending academics with character, the students were assigned to think up a science project that would affect the world in a positive way.
“One of the younger boys created an iPad holder that was attached to a pole with rolling wheels,” Lang said with a smile. “It incorporated a lot of duct tape.”
When word reached the students that the school was revamping the middle school computer lab, several asked if they could help redesign it. A new elective class was created, and now three student study groups are meeting with St-Laurent and the school’s Internet technology director.
As it begins its second 50 years, Unity School doesn’t have a waiting list.
“But we’re about to,” St-Laurent said. “We can only get so big.”
And then the head of Unity School says: “You didn’t ask me what I’ve learned here.
“I’ve learned that every child has that one special quality in them that you can find to love about them, and then we can work to expand and grow that special quality.”