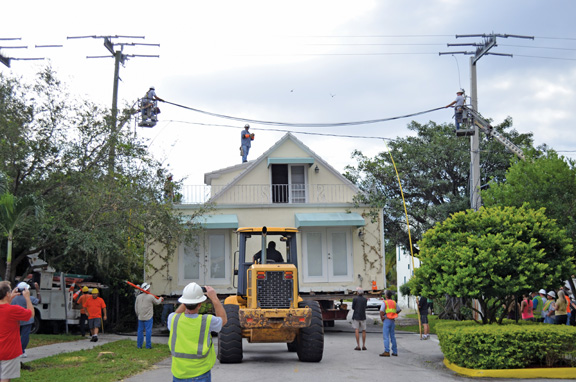 A 1939 home slated for demolition was recently rescued and moved from its original location on Northeast Second Street, just west of the Intracoastal Waterway, to 170 Marine Way, at the corner of Southeast Second Street. The two-story, three-bedroom home with an outdoor balcony was purchased by Mark and Lou Gambill of Richmond, Va., and Delray Beach, after they learned the house was scheduled to be torn down to make way for a new home on the Northeast Second Street location. The move, on Sept. 16, took about eight hours, according to architect Roger Cope, who helped the Gambills coordinate the project. Jerry Lower/The Coastal Star