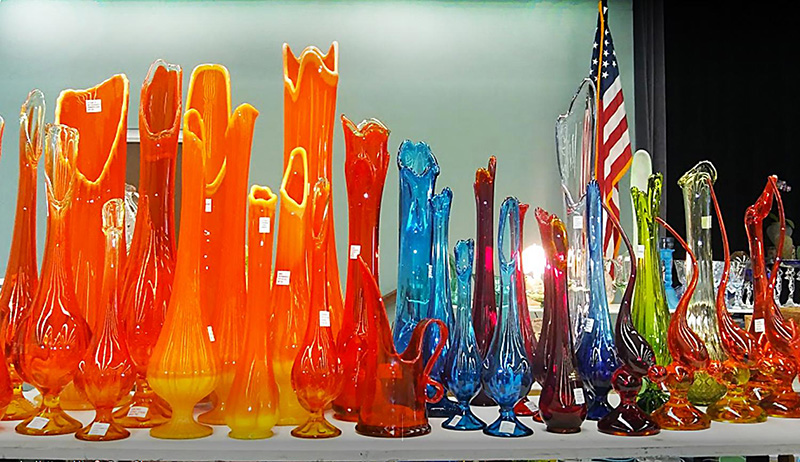 The Depression glass show will feature mid-century glass by Fenton and other firms. Photos provided

Boca Raton long ago made a name for itself as a playground of the elite.

And Depression glass was the dinner and barware of the masses.

But the city is proving to be a more affordable venue than cities in Miami-Dade and Broward counties for one of the state’s biggest shows of the glassware, Jan. 25-26 at Florida Atlantic University.

“I think we’re getting out-priced for space a little farther south. We’ve also been competing with the Super Bowl. It’s going to be in Miami, so things are increasing rather quickly,” said Greg Xiggoros, president of the South Florida Depression Glass Club and a Boynton Beach resident.

He says FAU should be a good fit for the show, now in its 46th iteration. The show slowly has been moving its way north, from an armory in North Miami to the War Memorial Auditorium in Fort Lauderdale to Emma Lou Olson Civic Center in Pompano Beach, where it had been held for a decade.

The exhibition hall in which the show will be held is a new space, and it’s better located for vendors and shoppers from points north.
And it’s not just your grandmother’s pink or green Depression glass.

Xiggoros promises that the 21 vendors, who come from across the country, will offer plenty of glassware and pottery you won’t see elsewhere.

Then, there is this year’s theme: “Nudes in Glass.”

It sounds risqué, but the Depression era also was the Art Deco era, with motifs of stylized nymphs and goddesses, so it’s not all that far-fetched. 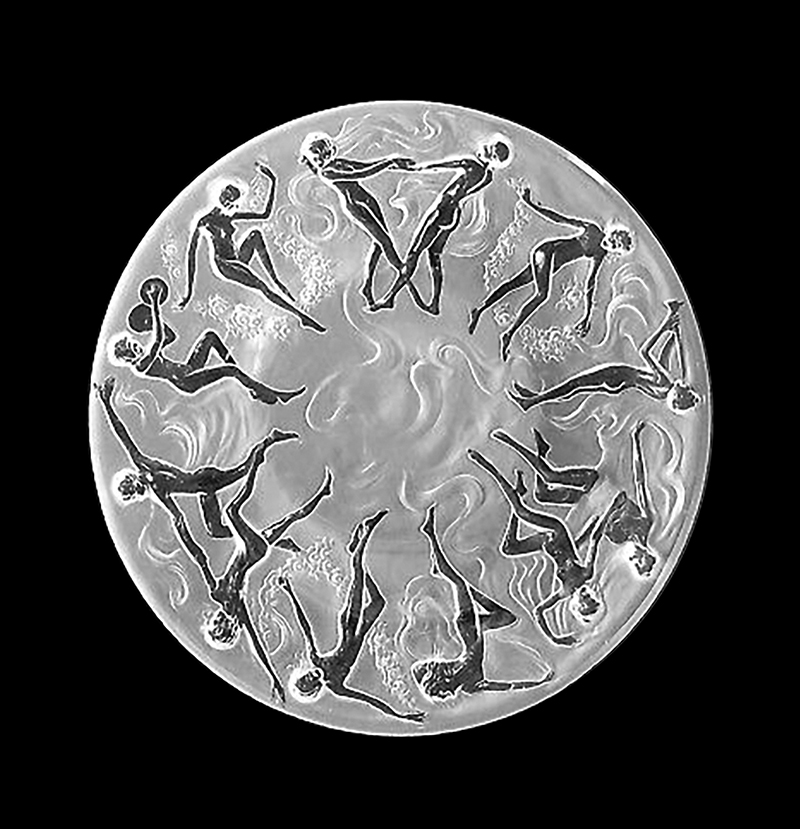 This charger by the Consolidated Glass Co. dates from the 1930s.

“There’s at least 14 companies right off the top of my head that have featured nudes in their glass, and this is major manufacturing. It’s not a private little company that did two or three pieces. We’re talking production with a nude in it,” Xiggoros said.

Cambridge, Morgantown and Consolidated are three of the companies that had noteworthy patterns with that motif. So did Lalique.
But Grandma wouldn’t be totally shocked at the show — there will be plenty of the pink and green Depression glass that she used every day.

“The glass that most folks think of, it’s called really A to Z Depression glass,” Xiggoros said. “The items that were found in cereal boxes, inside movie theater giveaways, inside laundry detergent. It’s a pressed glass with a raised design. And we have major dealers showing that type of glass.”

But Depression-era glassware wasn’t just items given as premiums.

“There were still the families that could afford the Heisey, the Morgantown, the Fostoria, and that tends to be a lot lighter in weight, a lot more delicate, a lot more work,” he said of the glassware collectors have dubbed “Elegant” glass. “One of the stems of Fostoria alone took 14 steps to make.”

There also will be plenty of that so-called Elegant glass, as well as such pottery as Homer Laughlin’s Fiestaware and Roseville.
The Roseville display, of Ohio pottery, will be a 100-piece collection.

Xiggoros says he started collecting Roseville in 1970. “That’s when we amassed the big collection. I sold 300 pieces at an auction to establish a scholarship in perpetuity at its height in value,” he said. “That scholarship still exists today. It’s been 21 years of getting out scholarships.”

He’s been collecting Elegant glass for about a decade — his mom’s set of Fostoria Chintz pattern was the impetus.

Xiggoros has since branched out, courtesy of a shop in St. Petersburg.

“I looked on a shelf and there was a cocktail stem called Adonis and it had a green stem and foot and the glass bowl had Roman soldiers in three different poses. ... That was the first piece in my collection. And after that it was procure, procure, procure.”
So it goes with collecting.