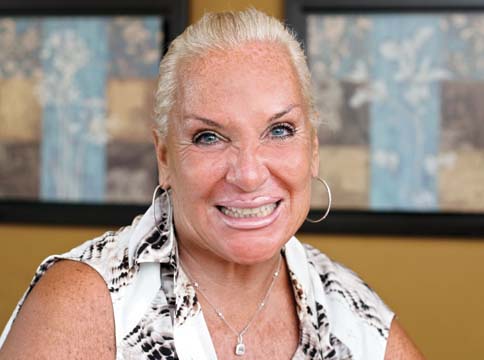 Linda Kaplan and her husband, Steve, below, adopted Linda’s younger sister and brother when the two were 26 and had three children of their own. 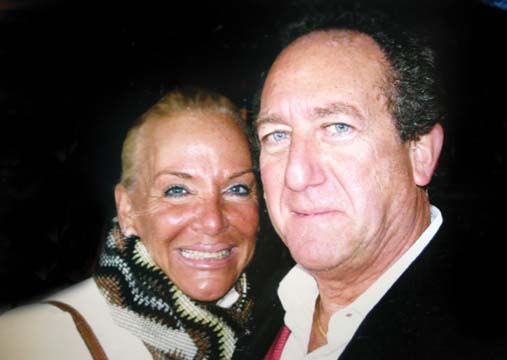 Weekend barbecues at Linda and Steve Kaplan’s house are filled with laughter, love and Linda’s famous noodle pudding. Mother’s Day will be like that, too. The couple’s children and grandchildren will deliver greeting cards and hugs and Linda will cook for everyone.
“It makes my heart smile to think of it,” Kaplan said.
Family is everything to the Highland Beach mother who has dedicated her life to keeping family ties strong.
It hasn’t been easy.
The Kaplans were 26 with three children when she lost her mother to cancer and the couple adopted Linda’s 15-year-old sister, Ilene, and 8-year-old brother, Alan.
“I didn’t even get to finish asking my husband (about adopting), “ Linda said. “We knew it was what we wanted to do. That was the way it was supposed to be.”
The siblings kept their last names, Linda said. “They had already lost so much and we didn’t want to take that away from them, too.”
Linda’s father died when she was 6 and her brother, Howard, was 5, leaving their mother a widow. Her mother remarried, but that husband, Linda’s stepfather, also met an early death. But when Linda’s mother, at age 49, lost her life to cancer, it was especially tough.
“We weren’t just mother and daughter,” Linda said. “We were best friends. We went to the pediatrician together.”
But Linda couldn’t allow grief to sweep her away.  She had a mission. She had a family to raise. Her three children — Wendy, 15, Scott, 4, and Jamie, who was only 3 weeks old at the time — made room for their new siblings.
Steve had a job on Wall Street. Linda was a stay-at-home mom kept busy cooking, cleaning and carting the kids to school and activities. Five years after her mother died, Linda’s brother Howard died, too.
More loss. More coping. But Linda pressed on, with Steve at her side all the way. They were high school sweethearts and will celebrate their 45th wedding anniversary this year.
Eventually, Linda went to college to get a degree in interior design. Steve climbed the corporate ladder and has his own securities company on Wall Street.
They split heir time between their Highland Beach condo and their home in Old Bridge, N.J.  All five of their children and 13 grandchildren are doing well.
“Life has repaid us twice over,” Linda, 64, said.
“I am not a religious person but extremely spiritual and I truly believe things happen for a reason,” she said. “We must not allow our darkest moments to cloud our future. Take those moments and find the light.” 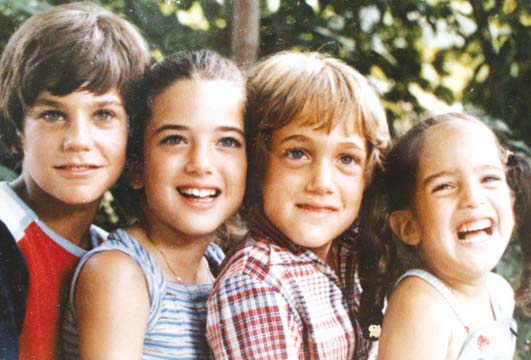 An old family photo of four of the Kaplan kids, from left, Alan, Wendy, Scott and Jamie. Tim Stepien/
The Coastal Star