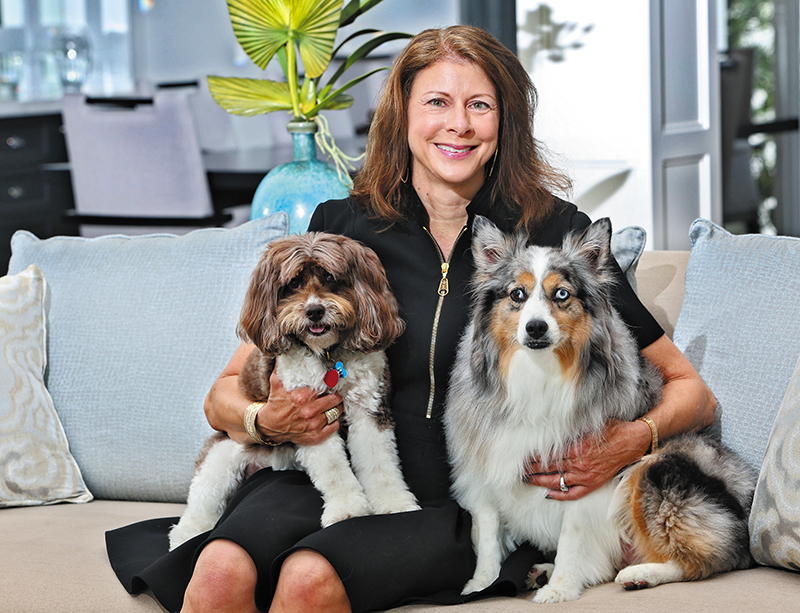 Amy Kazma of Boca Raton recently became an empty nester, but she has plenty to keep her occupied.
For one, she has been named honorary chairwoman of this year’s Woman Volunteer of the Year luncheon, an annual event that celebrates women nominated by nonprofits throughout Palm Beach County.
The luncheon and fashion show, put on by the Junior League of Boca Raton, will be Nov. 8 at the Boca Raton Resort & Club.
Kazma, 55, has been a member of the Junior League for about 16 years, supporting the organization along with her husband, Mike. The luncheon “is such an incredible event for the community. … They recognize women who are doing volunteer work through various organizations. This year they have 38 women nominated, who are from 38 organizations in Palm Beach County.
“When they asked me, I was honored to say the least,” Kazma said.
Kazma’s responsibilities as honorary chairwoman include championing the event in the community, as well as hosting the nominee reception Oct. 10 at the resort’s Spa Garden. That event is attended by all the nominees plus past winners.
Kazma will know she has succeeded in her role “if everybody enjoys themselves and feels special,” she said.
Kazma and her husband are involved with a variety of other local organizations, including the Florence Fuller Child Development Centers, the Boca Raton Historical Society, Boca Raton Regional Hospital, the George Snow Scholarship Fund and Boca Helping Hands. The family also is part of the Kazma Family Foundation, a nonprofit that grants scholarships and supports education.
The Kazmas moved to Boca Raton 23 years ago. Mike is CEO of Amzak Capital Management. Amy credits him with being a big part of her ability to get involved in the community, by “supporting me and allowing me to make commitments to different organizations financially as I see fit. He doesn’t like the limelight — he likes to sit in the shadows. But he’s always supporting me,” she said.
Their two children, Jennifer, 20, and Nicholas, 18, now attend university, leaving the empty nesters home with their two dogs, Remy and Spartacus.
When Amy Kazma, who has a bachelor of science in communications and public relations from the University of Southern Indiana, first arrived here she didn’t know a soul, she recalls.
She felt fortunate to be a stay-at-home mom, but her husband traveled frequently. After having her second child, she decided she needed to find something for herself. That’s when she was introduced to the Junior League. She found it a good fit. While it has provided an outlet for her community spirit, it also has altered her personal life.
“Through all my volunteerism is where I’ve found my closest friends,” Kazma said. “When you volunteer, that’s where you find people who are like-minded, because they’re there for the same reasons you are.
“Volunteerism has been a huge part of my life, not just in the time I have spent there, but what it has brought to my life with the friendships and the satisfaction of being able to be involved with these organizations and help out in a small way,” she said.
When Kazma has spare time, she loves to go to the beach with her girlfriends. She and her husband enjoy boating, traveling and hiking when they spend time at their Colorado home. “And now that I’m an empty nester, I can do all those things,” she said.
What does Kazma most hope to achieve in her lifetime?
“I really would like to be looked upon as someone who was a nice individual who cared about my family and friends and the community — and was fortunate enough to be able to share my time, talent and treasure in that community with my friends and family.”

If You Go
What: Woman Volunteer of the Year luncheon, hosted by Junior League of Boca Raton
When: 10 a.m. to 2 p.m. Nov. 8
Where: Boca Raton Resort & Club
Tickets: $150 for general seating
More info: www.jlbr.org/woman-volunteer-of-the-year-2