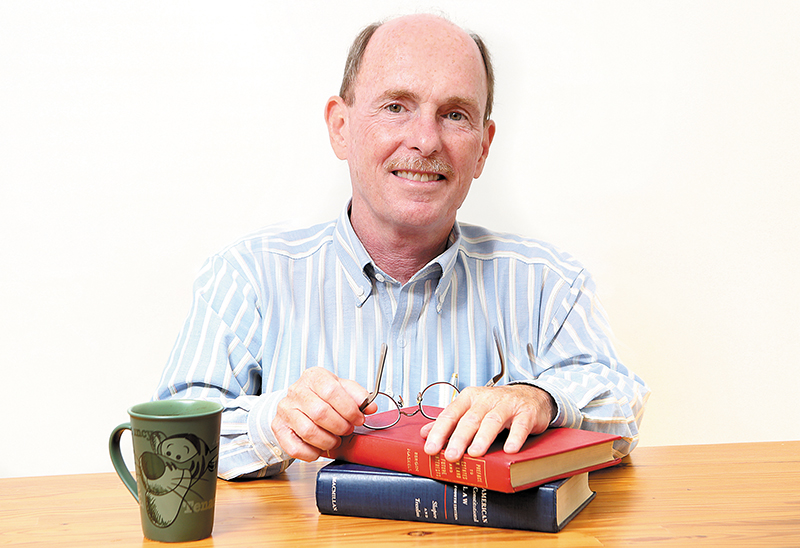 David Schmidt has worn many hats.
He served on the Delray Beach City Commission in the late 1990s and began a three-year stint as mayor in 2000.
He has been on community boards, including the board of trustees at the Morikami Museum and Japanese Gardens, the Achievement Centers for Children & Families Foundation board and the board of the Greater Delray Beach Chamber of Commerce.
For the past couple of years, the 63-year-old lawyer with Simon and Schmidt has served as chair of the Always Delray steering committee, a group of residents who are working with city leaders as they rewrite the comprehensive plan.
For the most part, Schmidt is one of those active community members who is low-key and modest, quietly taking on the task at hand. He usually flies under the radar — with one exception.
For more than a decade, Schmidt has been the face of Delray Beach’s sister cities program, serving until early this year as the president of Sister Cities of Delray Beach Inc., a nonprofit organization that now is linked with four cities in four continents — Asia, Africa, North America and Europe. He remains on the board.
“David was the glue that held the organization together for more than a decade or so,” said Nancy King, who has served on the board for 15 years. “He’s always very hands-on with every project.”
Although the Delray Beach program now has relationships with Moshi, Tanzania; Aquin, Haiti; and Pesaro, Italy, it is his connection with Miyazu, Japan, that has its deepest roots.
Since he joined the Sister Cities board in 1993 — at the request of city leaders who were trying to revitalize the relationship — Schmidt has been to Miyazu eight times and has shepherded dozens of visitors as they come to Delray from the coastal community on the island of Kyoto.
All the while, he was speaking only a few words of Japanese.
“I can order a beer and ask where the bathrooms are,” he says with a smile.
For his work with the Sister Cities program and the Morikami Museum — where he served on the board twice, including once as chair — Schmidt last year received the “The Order of the Rising Sun, Gold and Silver Rays” recognition from the government of Japan.
Similar to knighthood, the award is one of the highest honors presented to civilians by Japan.
Delray Beach’s partnership with Miyazu was started in 1977 to honor George Morikami, the Japanese pineapple farmer who settled west of Delray and donated the land that now has the museum. Morikami was originally from Miyazu.
The relationship faltered a bit in the 1980s but was revitalized in the early 1990s by then-Mayor Tom Lynch.
Schmidt, who served as president of the Sister Cities board from 1995 to 2000, and again from 2005 until January, is proud of the student exchange program with Miyazu that was developed under his leadership.
So far, 10 groups of students from Delray Beach have gone to Japan as part of the exchange program and several groups of students from Miyazu have come to Delray Beach. The students, he says, get to see that while there are many cultural differences, there are also many similarities.
“It’s important for students to interact with one another,” Schmidt said. “Where they’re involved, the world is so much smaller.”
Miyazu and Delray Beach have also had delegations of government, community and business leaders interact. There have also been delegations from Delray visiting the other sister cities and delegations from those cities coming here.
“I really believe in the premise of citizen diplomacy,” Schmidt said.
Schmidt, who moved to Delray when he was 15 from the Chicago suburbs, has also been a strong believer of getting input from others and then building consensus.
It is a leadership style that serves him well, regardless of the hat he is wearing.
“I have the ability to get people to compromise,” he said.