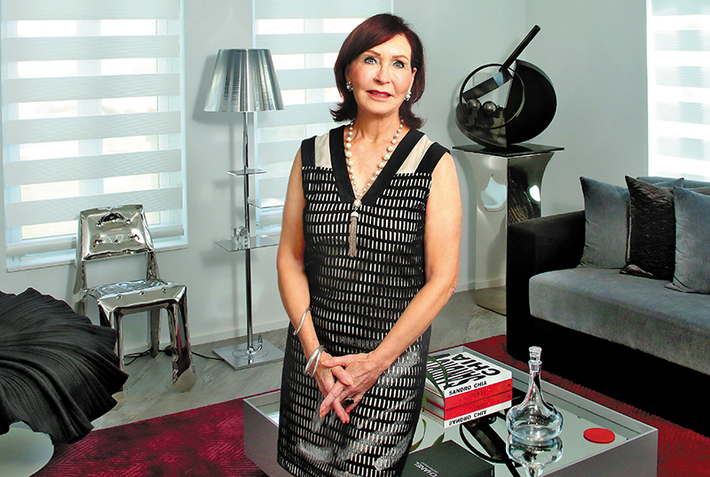 Peg Anderson says the Fuller Center, which serves kids from economically challenged homes, is ‘my happy place. When I go there it fills me with joy.’ Tim Stepien/The Coastal Star

Longtime Boca Raton resident Peg Anderson loves peeking into the classrooms at the Florence Fuller Child Development Centers and seeing the teachers and children interact. She’s thankful the scene will continue in months to come as the agency prepares to celebrate its 50th anniversary.
Anderson is co-chairing this year’s Wee Dream Ball — the nonprofit’s largest fundraiser — while helping to celebrate its golden anniversary. The Dec. 3 event at the Boca West Country Club will recognize all the Fuller Center, as it’s informally known, has survived, accomplished and plans to do. Simone Spiegel, the center’s board president and chairwoman, is also a co-chair of the Wee Dream Ball.
“It’s my happy place. When I go there it fills me with joy,” said Anderson, a board member for 10 years and currently a vice president. “It is just magic that happens. It is so touching to know these little kids there are having this wonderful experience. When they get finished with our program they are going to go toe-to-toe with every other kid.”
The pandemic made it especially challenging this year to keep the doors open, but extra help from donors made it happen, Anderson said.
People who know Anderson say her devotion to children and her dedication to the agency made her an obvious choice to co-chair the ball.
“Peg is a dedicated board member who is committed and passionate about the children served by Fuller Center,” said Ellyn Okrent, chief executive officer for the nonprofit. “She wholeheartedly believes in making an early investment in children and preparing them for lifelong success.”
Anderson’s enthusiasm for helping out seems endless. She recently took the lead in guiding the organization through an ambitious strategic planning process and rebranding. She is also the chair of the Fuller Center Foundation, the entity created to ensure the long-term stability of the center.
Her dedication does not go unnoticed.
“She is one of those people who is really involved for the right reasons,” said Mary Coleman, director of advancement for the agency.
Anderson, who did not wish to share her age, is a former Midwesterner who spent her youth as a flight attendant with United Airlines. She later attended Le Cordon Bleu School in New York and opened a French restaurant on the east side of Manhattan.
She subsequently served as director of non-patient dining services at Memorial Sloan Kettering Hospital; was director of employee dining services at Chemical Bank World Headquarters; and was vice president and general manager of the Rockefeller Center for eight years.
Anderson and her husband moved to Boca Raton in 1995 and Mizner Village in 2004. She’s been involved in a range of organizations ever since.
Currently she is a board member at the Boca Raton Museum of Art and president of the Cultural Arts Center in Mizner Park.
“I am a community-minded citizen,” Anderson said.
She got involved with the Fuller Center in 2006 after someone urged her to attend the Wee Dream Ball. Anderson was invited for a visit and the rest is history.
“They said you have to come for a tour and that is kind of like when I really fell in love,” Anderson said. “It is the most compelling kind of an experience.”
The children’s parents “are the essential workers in the service industries, restaurants, groceries and hospitals. It is a whole kind of holistic community where we are relying on each other for support.”
She said the Wee Dream Ball will be a gala event. “It’s really all about fundraising but we do it in a kind of gift-from-the-heart kind of way. We make it very festive — it is going to be very elegant, this 50th-anniversary celebration,” Anderson said.
The Fuller Center serves children ages 6 months to 12 years from economically challenged households. Programs range from infant care to early childhood education to summer camp. The agency operates two campuses in Boca Raton.
“There is just something really wonderful, the karma, you feel the love,” Anderson said.

Nomintate someone to be a Coastal Star. Send a note to news@thecoastalstar.com or call 561-337-1553.