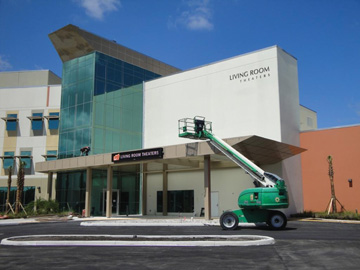 Despite economic challenges, there are are two new venues on Boca Raton’s arts scene. A completely new art film complex is opening at the end of the month at Florida Atlantic University, and Lynn University’s new theater continues to expand its programming in its first full season.


Take the arrival of Living Room Theatres, four 50-seat luxury screening rooms at FAU, slated to open Oct. 29. By day, they will be used for the school’s film study program, but at night and on weekends they will open to the public with state-of-the-art, digitally projected foreign, independent and classic films. 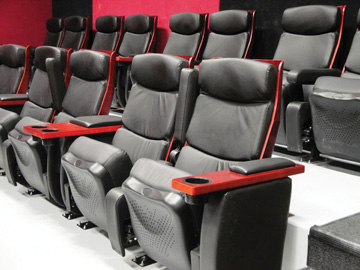 “In hard times, people need something to entertain them and take their minds away,” explains Living Room co-owner Diego Rimoch. At a ticket price expected to be $9, $6 for seniors and students, “This is really a premium experience at a bargain price,” he adds. 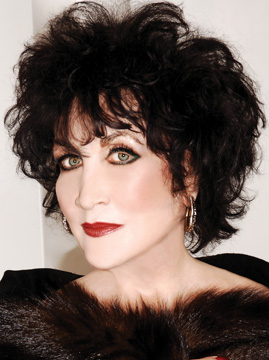 The ever-buoyant Jan McArt, director of theater program development at Lynn University, concedes that “all arts organizations are feeling a strain andstress.” Still, she is in the early stages of booking the new 750-seat, $14.3million Wold Performing Arts Center, open on campus since March, and is busy“keeping prices very, very reasonable and improving the quality and thepopularity of my attractions.”


She may be in academia, but she has the instincts of a commercial producer. “I think nonprofit, but I know that the bottom line has to be met.”


Run without public grants, the facility relies completely on ticket sales for one- and two-night concert events and on private donors. “I’ve been very fortunate in getting some very loyal sponsors who have been with me since the very first show that I did here,” says McArt, the former dinner theater producer turned academic. “There is definitely an atmosphere of the arts out there that is at least holding its own.”