The women lined up along the eastern wall of the tiny, posh Palm Beach restaurant, looking more like rows of flowers than members of a private diplomatic corps.
They were dressed in bright spring dresses and hats, trying their best to squeeze together for a group photo without losing their composure — or bumping their neighbors’ brims.
The occasion was the 50th anniversary of Les Girls of Palm Beach, a social club for women born outside the United States. Represented in the photo — and the club — are some 30 nationalities among its 45 members.
Although the luncheon at Cafe L’Europe in late March was a special event, the club holds similar events throughout the year at various Palm Beach venues to celebrate the international network members have created.
“Many of the women come to this country and may not have a community they can turn to,” said Rita Sullivan, who moved from Spain, lives in Palm Beach and serves as the group’s media liaison. “The club provides that support.” 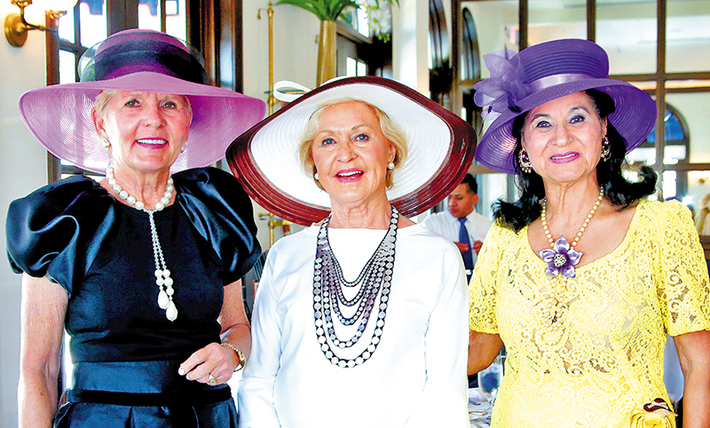 The club also provides support to charities in the West Palm Beach area, donating funds to a different cause each year. Among the recent recipients are the Lighthouse for the Blind of the Palm Beaches, The Lord’s Place, St. Ann Place, Holy Ground homeless shelter and Hope House.
The charities are chosen by the club’s board of directors, which also decides who will be allowed into the club. Members sponsor new potential members, but everyone is interviewed and carefully vetted before joining the ranks, Sullivan said at a recent meeting of the board.
“We don’t advertise at all,” said Marcella De Muth Gintowt, the board chair, who lives in West Palm Beach. “We do screen.”
A few exceptions are made for candidates who are not foreign-born, but they must have strong ties to another country — either through language or culture, or both.
Using her background as an example, Sullivan, who has lived in the United States for nearly 50 years, says that “I am American, but I am Spanish in my heart.” 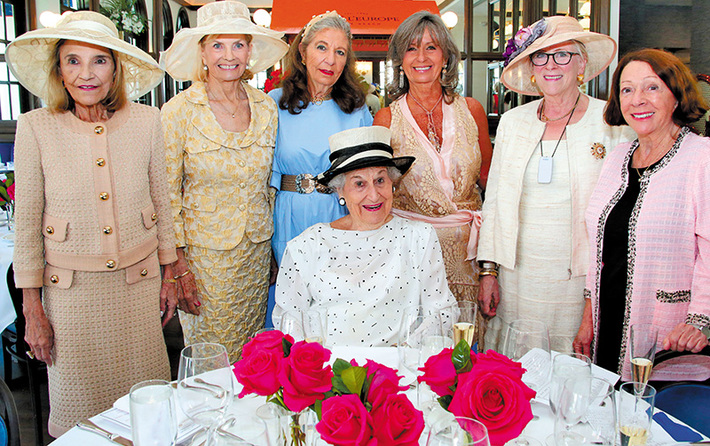 Although the current members would not reveal names, they said celebrities had graced the ranks: an opera singer from Finland, a Vogue model, the wife of a Coca-Cola mogul.
Asked whether they had an opinion on this nation’s controversies about immigration, the board of directors seemed to physically draw back from the conversation.
“We don’t talk about politics,” said De Muth Gintowt. “We are diplomatically very neutral. We don’t let that divide us.”
But at least two of the members at the anniversary luncheon silently expressed solidarity with a nation in distress. They were dressed in yellow dresses and wore bright blue hats: the colors of Ukraine.
“From Finland to Venezuela, from Scotland to Iran. … We have come in all ages, different backgrounds and faiths,” club president Martina Covarrubias said in her speech opening the luncheon festivities.
She was quoting from a speech given by founding member Giovanna Phillips at the club’s 25th anniversary.
Phillips, who taught Spanish, English and French at the Palm Beach Recreation Center, formed Les Girls of Palm Beach at the request of her students, who wanted to get together to practice their new language skills.
According to club history, the growing membership met monthly for lunch, and later, dinner at members’ homes. An early qualification for inclusion was a home large enough to entertain the ranks — including, at times, the husbands.
Members would bring typical dishes from their native countries to share with the group. The tradition, however, grew unwieldy as the ranks swelled to more than 50, Sullivan said.
Through the years of events and charity work, great friendships have formed. There has even been one successful matchmaking effort, said Henya Betras of Hypoluxo Island in Lantana.
“We had a party and they met and were married,” Betras said. “These things happen.”
The members say that such networking, here and abroad, remains the key to the club’s longevity.
Or, as founder Phillips said more eloquently, “We all have in common a great secret: It is the gold of friendship.”