The revamped visitors center is open every day from 9 a.m. to 5 p.m. It contains brochures about local merchants, a Delray Beach map and a historic-photo display. Jerry Lower/ The Coastal Star

The Delray Beach Visitor Information Center, at 2 S. Ocean Blvd., re-opened with a new look and triple the space in March. It has new floors, ceilings, windows, doors, racks to hold brochures about local merchants, and a Delray Beach map and historic-photo display.
The center was a renovation project of the Downtown Development Authority’s partnership with the city of Delray Beach. Architect Roy Simon and interior designer Maura Taft donated their services.
“With this updated look and feel, we can really showcase all that our Village by the Sea has to offer,” said Laura Simon, the Downtown Development Authority’s executive director.
The center is open 9 a.m.-5 p.m. every day.

To be in the know about Delray Beach happenings, check out DelrayBeachCalendar.com, covering 10 categories. The calendar is open to all producers holding events in Delray Beach.
“This initiative was the brainchild of Old School Square’s Rob Steele, brought up at a Downtown Development Authority team meeting, with the city of Delray Beach paying for the website, the Greater Delray Beach Chamber of Commerce developing the site, and the Delray Beach Marketing Cooperative administering, promoting and running it,” said Stephanie Immelman, executive director of the Marketing Cooperative.

Dorothy Ellington, president and CEO of the Delray Beach Housing Authority, recently addressed members of the Sunrise Kiwanis Club. She spoke about the challenges the Housing Authority faced in redeveloping the former Carver Estates Public Housing complex that was devastated by Hurricane Wilma in 2005. The site is now home to 144 families with children and 84 households with members 55 and older.

Royal Investment Group moved its headquarters from Orlando to Mizner Park in Boca Raton, signing a 10-year lease for 5,316 square feet of space in the office tower. Broker Kathleen Yonce, of Boca Raton-based Key Investment Advisors, represented the tenant in the deal. According to its website, Royal Investment Group is an independent broker dealer of real estate that does investment banking, brokerage and design-build services on behalf of major real estate investors.

Caspian Delray Beach, a mixed-use development at 190 S. Federal Highway with 146 apartments and 3,478 square feet of retail and office space, has four suites available for lease. The suites range in size from 795 to 930 square feet and are priced under $40 per square foot gross. For more information, call Nicole Fontaine, director of leasing and sales for Katz & Associates, at 869-4350, or Roxanne Register, vice president of leasing and sales at Katz & Associates, at 869-4346.

Menin Development Inc. received final site-plan approval from the city of Delray Beach on its hotel development, The Ray, to be located in the Pineapple Grove Arts District of downtown. Designed by Gonzalez Architects in Miami, The Ray is scheduled to be completed fall 2019. Features include 143 rooms and suites, three restaurants, an event space, rooftop pool and lounge area and fitness center. 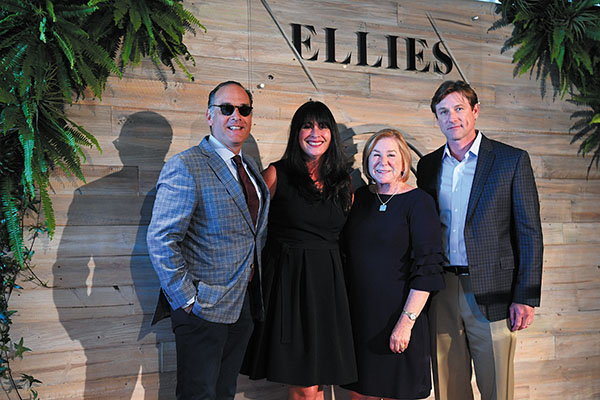 Hedge-fund manager and Miami Worldcenter co-developer William Powers sold his estate at 901 S. Ocean Blvd., Delray Beach, for $26.75 million. The sale was recorded on March 20. Powers paid $19 million for the property in 2015 about a year after it was built. Devin Kay of Douglas Elliman held the listing. Nicholas Malinosky of Douglas Elliman represented the buyer, QCRE VII, a Delaware limited liability company with a New York address. Affiniti Architects designed the five-bedroom house, which was built by Boca Raton developer Mark Timothy. Interiors were designed by Marc-Michaels Interior Design.

An ocean-to-Intracoastal estate at 1920 S. Ocean Blvd. in Manalapan was recently listed by Premier Estate Properties’ broker associate Pascal Liguori for $16.9 million. Recording star Billy Joel paid just under $12 million for the home in 2014 and listed it for sale in 2015 for $19.5 million. This is one of three Manalapan properties owned by Joel.
Built in 2005 and renovated in 2015, it is sited on 1.88 acres. The furnished eight-bedroom house has 13,216 total square feet, and features marble floors, pecky-cypress ceilings and Chicago-brick accents.
It appears Joel and family are expanding their Wellington holdings. Wife Alexis Roderick is an accomplished equestrian, and, as of Jan. 25, they own a farm on Palm Beach Point Blvd., adjacent to a ranch they bought in 2016. For information on the Manalapan estate, call 866-502-5441.

In February, Premier Estate Properties’ D’Angelo/Liguori team listed 2020 Royal Palm Way in Boca Raton for $14.75 million. The home has 96 feet on the Intracoastal Waterway, 11,504 total square feet and five bedrooms. It was built by Bloomfield Construction.
Also, scheduled to be completed by year’s end, a Georgian-style home under construction at 4081 Ibis Point Circle in The Sanctuary was just listed by the D’Angelo/Liguori team for a preconstruction price of $8.95 million. With six bedrooms and 8,966 square feet of interior space, the home is being developed by Dan Swanson of Addison Development Group.
Another property recently listed by the D’Angelo/Liguori team is a new “Tropical Modern” home at 1141 Spanish River Road, Boca Raton. Priced at $10.495 million, it was constructed by JH Norman Construction and designed by Brenner Architecture Group. The five-bedroom, 12,533-square-foot home has water views from all major rooms. For information, call 866-281-2158.

Illustrated Properties, a member of The Keyes Family of Companies, has listed a brand-new mansion in Boca Raton for $11.5 million. Kathryn Gillespie is the listing agent for the 899 Enfield St. property. Developer Mary Widmer of JMW Florida Properties designed and developed the six-bedroom, 10,000-square-foot estate. The estate was built by Ed Clement of Sabre Custom Homes.

Stephen and Marla Garchik purchased a 10,500-square-foot estate at 2474 S. Ocean Blvd., Highland Beach, from Richard Chaifetz for $8.417 million, according to property records. Chaifetz bought the property in 2000 for $7 million. Chaifetz is the founder and CEO of ComPsych Corp. Stephen Garchik is president of SJM Partners, a company that specializes in developing and managing commercial and residential projects throughout the eastern U.S., according to its website.

A local group from the Realtors Political Action Committee met with Florida senators and representatives in Tallahassee to ask for support on real estate-related issues. They included reducing assignment of benefits abuse that drives up insurance premiums for property owners; reducing the business rent tax; enacting legislation concerning vacation rentals that treats homeowners equitably; and increasing funding for the housing trust funds.

The Cultural Council of Palm Beach County won five American Advertising Awards from the American Advertising Federation of the Treasure Coast, in recognition of its work to promote Palm Beach County as a cultural tourism destination.
The council received three Addys for its “Where Culture Always Shines” advertising campaign. Its online “Spring Training” campaign won a gold award, and the “About the Cultural Council” brochure took a silver award.

The Greater Boynton Beach Chamber of Commerce is growing, with 15 businesses added in January and February, making it well on its way to meeting its goal to add 70 members by the end of 2018.
“We are currently 40 percent ahead of projections,” said Michael Mohl, chairman of the chamber’s board. “With a very successful gala in January, we now turn our attention to our second annual Small Business Bow Tie 5K run, which will be held on April 14 at the Boynton Beach Mall.” The mall is at 801 Congress Ave. Registration will start at 6:30 a.m. and the run and walk will start at 7:30. The price to participate is $30, plus a $2.50 sign-up fee. The family-friendly 5K run is competitive and timed. For more information, call 927-7331 or email  chamber@boyntonbeach.org.

The League of Women Voters of Palm Beach County will host a Hot Topic Luncheon on the “New Role of State Colleges,” from 11:30 a.m. to 1 p.m. April 18 at the Atlantis Country Club, 190 Atlantis Blvd., Lake Worth.
Special guest speaker will be Ava Parker, president of Palm Beach State College. Before joining the college in 2015, Parker was executive vice president and chief operating officer of Florida Polytechnic University. Tickets are $25 per person until April 11, and $35 after that date. RSVPs are requested at www.lwvpbc.org or by calling 968-4123.