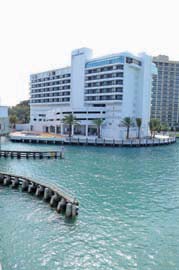 On March 26, in honor of Women’s History Month, three women battling three types of cancer came together for their scheduled appointments just like they’ve done in the past; only this time they received an unrelated and pleasant treatment.
“After booking so many dates for doctors’ appointments, it was nice to pencil in ‘spa day appointment at the Style Bar’ in my calendar,” said Gail Forrester, a breast cancer survivor and single mother of two.
The Style Bar Hair Bar & Day Spa in Palm Beach provided Forrester, Judith Kephart and Sandy Wade, all patients from the South Florida Radiation Oncology Program, with massages, manicures, pedicures and facials.
“It’s nice to give back to the community, especially when so many survivors are overwhelmed with medical bills,” said Style Bar owner Perrie Gurfein. “The last thing they can afford is to treat themselves to a day at the spa, but it’s honestly the very thing they need and deserve, and we were happy to provide them with this. I speak firsthand, as a cancer survivor myself.”
***
Recently, Annie Davis, owner of Palm Beach Travel at Plaza del Mar in Manalapan, was named the American Express Travel Insider for the British Virgin Islands. “It is a wonderful honor,” Davis said. “Palm Beach Travel is an American Express affiliate, specializing in Platinum and Centurion Travel as well as cruises, tours and family reunions. The British Virgin Islands are one of the most beautiful places to explore, and my customers always appreciate insights into ways to enjoy the Islands, even if they have been there before.” For information, call Palm Beach Travel at 585-5885.
***
E. Peter McLean’s investment of time and money at 70 Curlew Road in Manalapan certainly helped sell the home, said listing agents Nicholas Malinosky and Randy Ely, realtors with Corcoran.
Mclean bought the property in October 2008 for $1.25 million, and this February, the 7,824-square-foot Bermuda-style home sold for $2.7 million to Henry and Junko Siemon. “While that looks like double the price and it was purchased as an investment property, Peter completely redid it and lived in it for a couple of years. He basically rebuilt it and he created one of the most incredible homes with beautiful finishes,” Malinosky said.
Two homes owned by Dennis and Shelia Hammond that sold within days of each other would not be considered flipping, either. Perhaps double downsizing would be more appropriate to say?
Between April 1 and April 3, the Hammonds sold a home at 346 Brazilian Ave., Palm Beach, for a recorded $5.425 million to a revocable trust in the name of Elizabeth D. Remmert, with Remmert serving as trustee. Beverly Broberg of Brown Harris Stevens represented Remmert. Broker Linda Gary of Linda A. Gary Real Estate represented the Hammonds. The Hammonds paid $5 million for the Palm Beach property last July, property records show.
Again represented by Linda Gary, the Hammonds also sold their Manalapan estate at 1920 S. Ocean Blvd. for a recorded $11.84 million. The buyer was a Miami-based limited liability company named South Ocean Living LLC, represented by agents Jack Elkins and Bunny Hiatt of Fite Shavell Associates. The Hammonds had paid $10 million for the house in July 2011.
***
Some more real estate news: Lang Realty recently made a $4,500 donation to Habitat for Humanity as part of its annual Open House Extravaganza, where prospective home buyers toured more than 300 listings priced from $200,000 to more than $1 million throughout the Palm Beach and Treasure Coast.
***
No surprise, the Boca Raton-based National Council on Compensation Insurance supports its employees living healthy lives, too. In March, its employees celebrated National Nutrition Month by participating in interactive workshops, seminars and contests on a variety of food-related subjects, as well as access to an onsite farmer’s market, with healthy food good to go home for supper.

Akron Biotech recently was awarded a Phase 1 Small Business Innovative Research Award from the National Institutes of Health to develop enzyme-based formulations for the isolation of stem cells from various tissues. A collaboration with Dr. Gregg Fields, vice president of scientific affairs at Torrey Pines Institute for Molecular Studies, the project will involve the use of new engineered-enzyme formulations to improve viability and quality of isolated stem cells with no toxicities. Akron Biotech will manufacture and commercialize kits for tissue dissociation and develop further therapeutic applications for a wide variety of diseases.
“This is a critical step toward improving healthcare and advancing cell therapies,” said Claudia Zylberberg, founder and CEO of Akron Biotech.
***
This past April, luxury home décor designer, Michael Aram, founder of Michael Aram, Inc. and the creative director of MacKenzie-Childs, Rebecca Proctor, appeared at Bloomingdale’s and Neiman Marcus in Boca Raton to introduce the brands’ newest collections.
***
Felicia Holden recently was named senior vice president of human resources and operations of the independent brokerage and risk management agency Century Risk Advisors, which has offices in Boca Raton and Miami. Holden began her career in New York as operations manager of a major investment banking firm, before moving in 1990 to South Florida.
She found her niche within human resources at an annuities company in Boca Raton, where she held the position of human resources generalist. She then joined Century Financial Services, where she was assistant vice president, director of human resources and administration.
Holden has achieved an insurance designation as an accredited customer service representative and has her Florida customer service representative insurance license.  She also received the Society for Human Resource Management’s designation of professional in human resources.

Christine Davis is a freelance writer. Send business news to her cdavis9797@comcast.net.