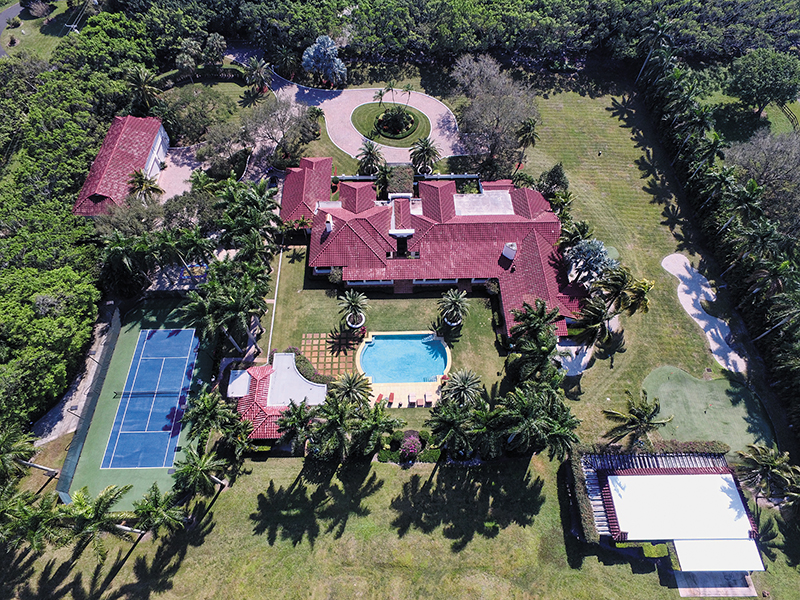 Chris Evert’s estate on 5 acres in west Boca Raton is on the market for about the same amount she paid for her current home in Boca’s Sanctuary. Photo provided

Retired tennis champion Chris Evert’s house is for sale. Her 12,000-square-foot estate on 5 acres at 8563 Horseshoe Lane, in west Boca Raton, has a tennis court, of course. But it also has putting greens, a nine-car garage and two guesthouses. The asking price for the house with a championship pedigree is $4.99 million, and listing agents are Katia Reisler of Douglas Elliman and Rebecca Spooner of Siemens Group Realty.
Evert, 63, who won 18 Grand Slam singles titles, does own another home in Boca Raton. In 2016, she bought a 4-bedroom home in the Sanctuary on the Intracoastal Waterway for $4.9 million.

Michel Jacober, co-founder and co-owner of Allen Flavors Inc., paid $12 million for an estate at 750 Lake Drive, Boca Raton. The sale was recorded on May 3. The property was owned by Interchange Four Properties, a New Jersey limited liability company led by William T. Juliano of the real estate firm Delco Development. It last sold in 2006 for $8,738,915. Joseph Liguori, Carmen N. D’Angelo Jr. and Gerard Liguori of Premier Estate Properties represented the seller. Rosalind Friedland of RE/MAX Properties represented the buyer. It was last on the market for $12.95 million.

Tyco’s ex-chief financial officer, Mark H. Swartz and his wife, Karen, sold unit 101 at One Thousand Ocean, at 1000 S. Ocean Blvd., Boca Raton, for $5.4 million. The sale was recorded on May 7.
Mark Swartz and Tyco’s ex-CEO, Dennis Kozlowski, went to prison after being convicted in 2005 of defrauding the company’s shareholders of more than $400 million and giving themselves a chunk of change in illegal bonuses.
Records show Karen Swartz paid $5.156 million for the condo in March 2013, almost a year before Mark Swartz was released from prison.
Douglas Elliman agent Senada Adzem represented the seller and United Realty Group represented the buyers, Felix and Dianne DeHerrera. Felix DeHerrera is the chairman and majority owner of mortgage banking company Alterra Home Loans.

British millionaire Sir Peter Lampl, chairman of the Sutton Trust and Education Endowment Foundation, sold his estate at 3545 N. Ocean Blvd., Gulf Stream, for $14.25 million to Gulf Stream Ocean Properties FL LLC, which lists a San Francisco address. The sale was recorded on May 3.
Lampl listed the 14,000-square-foot estate on 1.96 acres for nearly $21 million in April 2017. The asking price was reduced to $14.95 million in March. Nicholas Malinosky and Randy Ely, agents with Douglas Elliman, represented the seller, while Candace Friis of the Corcoran Group represented the buyer.
Records show Lampl’s Sutton Co. paid $5.145 million for the waterfront estate in October 1997. A notice of commencement filed in 1999 lists Lampl as the owner. 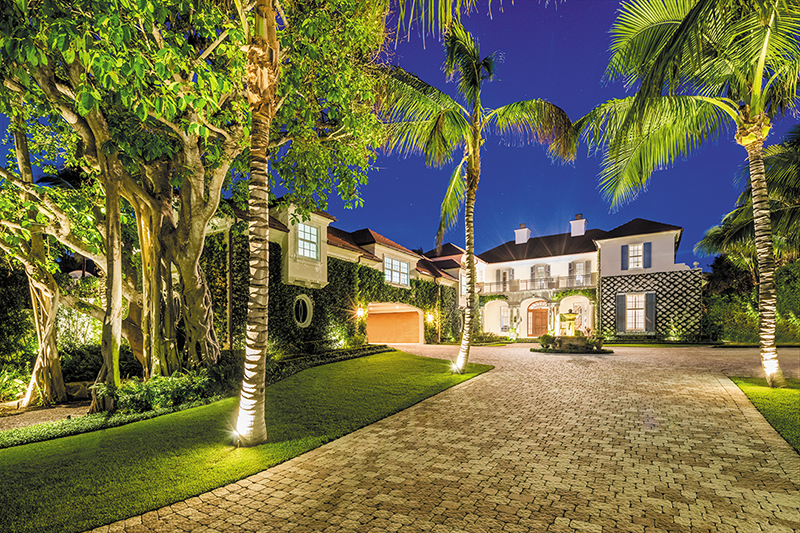 Miami Worldcenter co-developer William Powers sold his 2.13-acre waterfront lot at 1020 S. Ocean Blvd., Manalapan, for $14.475 million to Paul and Victoria Saunders in April. Powers bought the property in December 2017 for $13.5 million. Paul Saunders is the founder of the Richmond, Va.-based investment firm James River Capital Corp., and Victoria is a faculty member of the Chrysalis Institute cultural learning center in Richmond.
In an earlier transaction, on March 20, Powers sold a property at 901 S. Ocean in Delray Beach for $26.75 million to QCRE VII LCC. In this transaction, Powers was represented by Devin Kay of Douglas Elliman and the buyer was represented by Nicholas Malinosky, an agent with Douglas Elliman. Powers listed the property for nearly $29 million in October.

Following up last month’s announcement on the auction and sale of William “Tom” Gerrard’s house at 1960 S. Ocean Blvd., Manalapan, on April 21, the deal did close on May 21, and the selling price was $13.5 million. Gerrard’s ocean-to-lake home had been most recently listed for $24.5 million by agents Robert Temelkoski of Bowen Realty and William McManus of the Fite Group. On and off the market since 2010, it was initially listed at $34.5 million. According to DeCaro Auctions International, bidding by approximately 10 bidders started at $10 million, and was over in 10 minutes. According to public records, the new owner is Jean Christine Thompson, listed with a Dallas mailing address. She was represented by Douglas Elliman agent Steven Solomon, who works out of the Boca Raton office. Last month, he told us: “She saw the value. Sometimes she keeps the properties she buys and rents them out. Others she picks up and sells. I believe she’s going to resell this house.”

John Tolbert, president and general manager of the Boca Raton Resort and Club, was named business leader of the year at the Boca Chamber’s annual business awards luncheon in May at the resort. Others recognized included Ami and Arnie Zak, owners of Unique Gifts and Premiums, small business leaders of the year; and Bluegreen Vacations, business of the year.

The Delray Beach Housing Authority recently honored two staff members. Rose Clay, who has worked with the authority since 1988, was presented with the Longest-Serving Award. She has served as account clerk and property manager and currently is a housing counselor to senior residents of Lake Delray Apartments and Village Square Apartments.
Jakeleen Fernandez received the Employee of the Year Award for her work in overseeing the construction, quality control and compliance reporting for the Lake Delray Apartments.