The Boca Raton Historical Society & Museum has undergone a total of $3.9 million in redesign and renovation, with an official reopening date to be announced in early 2021.

‘The historic Town Hall has been our home since the mid-1980s,” said the museum’s executive director, Mary Csar. “But, due to space limitations, our exhibitions have been temporary and largely two-dimensional.

“Not any longer. The dynamic redesign of the new Boca Raton Historical Society & Museum will allow for both permanent and changing exhibitions that will appeal to families, students and research buffs of all ages — all under the concept of ‘History Alive!’”

The new permanent galleries will include a historic timeline starting with the earliest pre-Columbian inhabitants up to the 21st century, and exhibits such as Pioneer Days, focused on the local heritage of a small farming community; Addison Mizner, featuring the museum’s collection of Mizner Industries’ and Mizner’s architectural drawings and images; World War II, when the Boca Raton Army Airfield served as the Air Corps’ top secret radar training facility; and IBM, featuring a collection of functioning vintage personal computers.

The Historical Society & Museum is still raising money for this renovation, and naming opportunities are available. For information, call Csar at 561-395-6766, email her at director@bocahistory.org or visit www.BocaHistory.org.

The museum is located in Historic Town Hall at 71 N. Federal Highway.

Slated for completion in the third quarter of 2022, the 3.2-acre, four-story condominium development will offer 32 condominiums, concierge services, and a private 18-slip marina. Boca Beach House launched sales in May 2019 and is almost 80% sold, with nearly half of the condo buyers from out of state. Remaining residences range from two- to four-bedroom units with 3,855 to 5,041 square feet featuring flow-through floor plans, 10-foot ceilings and semi-private elevator access.

Design is by Sieger Suárez Architects, with contemporary interiors by Linda Ruderman Interiors. The grounds were designed by Raymond Jungles. Key International Sales is the brokerage of record. For more information, visit www.bbhresidences.com or call 561-453-1400.

The classes are available virtually and on-site at 3550 South Ocean with residents’ Eau Palm Beach developer gift certificates. In addition to fitness classes, residents have access to

Eau’s spa experiences at 3550 South Ocean, from massages to facial treatments and more.

Collaborators will include food and beverage developer McGuire Moorman Hospitality, consultant Liz Lambert, landscaper Raymond Jungles and architect Leo A. Daly. The hotel and beach club refurbishments are set to begin in June and be completed by the end of 2021. The club will be renovated, 154 hotel guest rooms will be remodeled and public spaces — including new restaurants and lounge concepts — will be redesigned.

Upon completion of this work, renovations of the country club at 3600 Hamlet Drive in Delray Beach will begin.

An ocean-to-Intracoastal 2-acre parcel at 980 S. Ocean, Manalapan, sold for $17,258,175 on Dec. 16. The seller was Monica Sound Ltd., a British Virgin Islands company with a Boynton Beach address, and the buyer was 980 S. Ocean LLC, a Florida limited liability company with a West Palm Beach address. According to Realtor.com, Sotheby’s agent

The seller was 690 5th Avenue Associates LLC, managed by Fort Lauderdale auto dealer Stuart Hayim, and the buyer was 690/720 NE 5th Avenue Boca LLC, managed by a Hillsboro Beach couple, Thomas and Michelle Murphy. Combined, the properties have 220 feet of frontage on the Intracoastal Waterway.

The D’Angelo Ligouri team, Premier Estate Properties, represented the buyer and seller for both parcels.

In spite of COVID-19 challenges, Florida Atlantic University achieved a record-breaking milestone in sponsored research funding for the first quarter of fiscal year 2020-2021.

The first quarter, which began on July 1, saw a 92% increase in research funding compared to the first three months of fiscal 2019-2020. Federal, state and private agencies awarded FAU faculty $38.9 million for the first quarter, 2020. That number was $20.2 million during the same time frame in 2019.

“Securing research funding is no easy feat, especially during these exceptionally challenging times,” said Daniel C. Flynn, Ph.D., FAU’s vice president for research. “This monumental milestone for Florida Atlantic University is a testament to our talented, dedicated and passionate researchers who are making great contributions in science, technology, health and the humanities at a pivotal time in Florida’s and our nation’s history.”

Among the largest grants in that time frame:
• An $11,179,001, four-year contract from the United States Office of Naval Research to develop a next-generation, high-intake, compact, defined excitation bathyphotometer sensor. Bathyphotometer measurements of bioluminescence are used to study light emissions from luminescent marine organisms, including phytoplankton and zooplankton.
• A five-year, $5.3 million R01 grant from the National Institute on Aging of the National Institutes of Health for a project that will enable researchers to test and evaluate an in-vehicle sensing system that could provide early warnings of cognitive change for older U.S. drivers.
• A five-year, $2.4 million grant from the National Science Foundation to train graduate students in data science technologies and applications.
• A $2.2 million grant for the “Harmful Algal Bloom Assessment of Lake Okeechobee” project.

Dr. Bernadette Russell, Palm Beach State College’s vice president of e-learning and instructional technology and Boca Raton campus provost, retired in December. She had led the campus for 13 years, and she assumed leadership for e-learning collegewide five years ago.

A national search is underway for her replacement.

The college recognized Russell for her service at a district board of trustees meeting.

“For over a decade Dr. Russell has been a tremendous asset to the college, our students, and the community. She has been a strong advocate for the college in the Boca Raton community, and she has created a caring family atmosphere on the Boca Raton campus. Her commitment to academic excellence has been a common thread throughout her service to the college,’’ said the college’s president, Ava L. Parker, J.D. “As we prepared to respond to the pandemic, her leadership on the e-learning and instructional technology front really helped us through an unprecedented transition from in-person to remote learning this summer.

“I wish her well in her retirement. She will be missed.”

“Global home buying activity is happening all around us,” Silver said. “The ability to close a transaction with an international buyer may depend upon the Realtor’s ability to get along with a person culturally. There are cultural nuances that Realtors need to be aware of in working with individuals of a different culture. The CIPS curriculum reviews many cultural customs.” 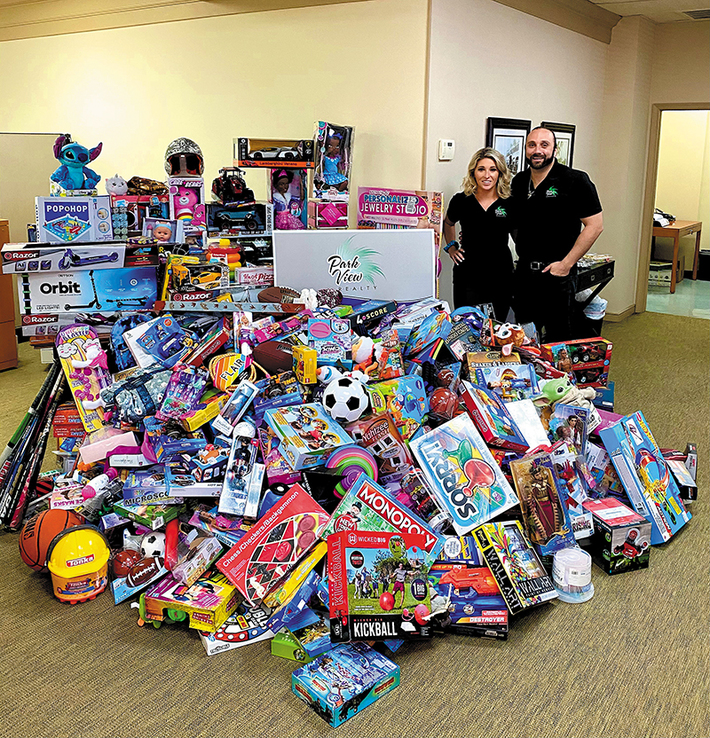 “There was real concern that our club members were going to be disappointed this holiday season, with not enough toys and gifts to go around. Thanks to overwhelming community support, our area’s most disadvantaged children will have a happy holiday after all,” said Eric Roby, the organization’s marketing, PR and holiday gift drive director.

The pandemic affected Project Holiday, which sends care packages to military members and is run by Delores Rangel, executive secretary to the Delray Beach City Commission.

For the 15th annual event, the call went out in mid-November for monetary donations, not the usual granola bars and personal care items, Rangel said. The money went to buy big boxes of peanut butter crackers and granola bars, large cans of coffee and “a lot of beef jerky,” she said.

Project volunteers, wearing face masks and standing about 6 feet apart, put together 65 boxes on Dec. 12. They worked in the City Hall lobby and up and down its halls, Rangel said.

She started the program after her daughter joined the Air Force right after 9/11 and began sending weekly care packages overseas through her daughter’s five tours in Iraq.

Her co-workers soon began leaving candy bars, toiletries and paperbacks on Rangel’s desk. For Christmas 2006, Rangel joined two established programs, You Are Not Alone and One Soldier at a Time, creating Project Holiday.

With Florida food banks reporting as much as a 300% to 400% increase in demand and more than 2.7 million people struggling with hunger, Publix began a six-week program in mid-December to support six Feeding America food banks — including Feeding South Florida, which serves the Miami-Dade, Broward, Palm Beach and Monroe areas. The donations include pasta, canned vegetables, canned beans, cereal and boxed potatoes.

“When we heard from food banks that they were facing a critical food shortage, we knew that, as a food retailer, we had another opportunity to help,” said Publix CEO Todd Jones.

“As federally funded food deliveries decrease, food banks need help to serve our communities,” said Paco Vélez, president and CEO of Feeding South Florida. “For decades, Publix has consistently looked for creative ways to support those in need. Their leadership in 2020 has played a vital role in sustaining our clients throughout this most challenging and unusual year.”

This new initiative is in addition to the program Publix launched in April to purchase surplus produce and milk from farmers affected by the pandemic and deliver it directly to food banks. Through that program, Publix expected to purchase and deliver more than 7 million pounds of produce and more than 250,000 gallons of milk to the six Florida food banks that received additional support for the 2020 holiday season.

The Gold Coast PR Council Inc., a South Florida independent group of public relations, marketing and communications professionals, has announced its 2021 board of directors.

Founded in 2011, BlueIvy Communications has been recognized twice by PRNews as one of the Top 15 PR professionals to watch. Perlman was also named in 2017 by South Florida Business & Wealth magazine as an Up & Comer in the public relations category; by Boca Life magazine as one of the publication’s 2014 “40 Under 40”; and by the South Florida Sun-Sentinel as part of the publication’s inaugural 2012 Top Workplaces awards. 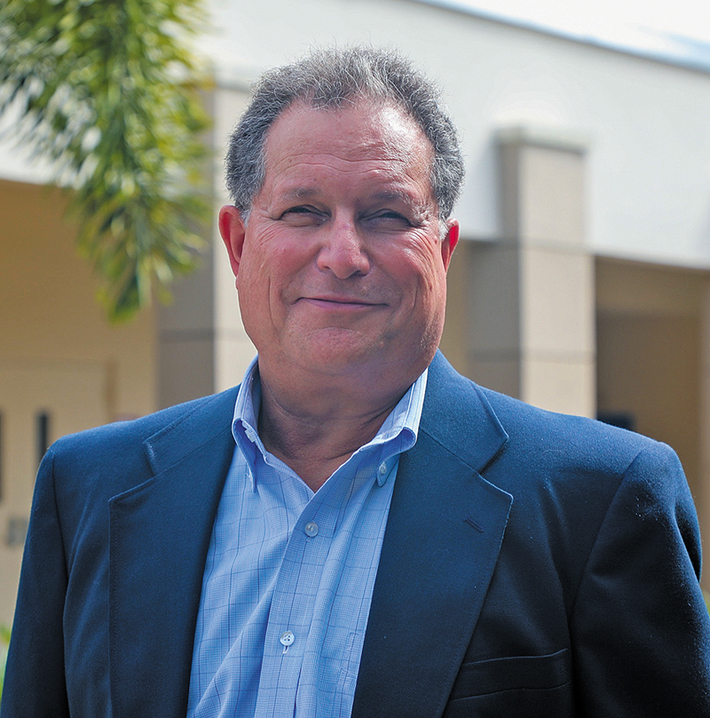 Benarde’s career in the communications field included jobs as a journalist for The Palm Beach Post and Sun-Sentinel, and as a freelance writer. His articles have been published in The New York Times, Washington Post and Rolling Stone.