Probably the only population at Briny Breezes that’s shown any real growth over the years is its colony of feral cats.
Town officials say there are more than several dozen of the wild felines roaming the community, and soon management and law enforcement will be trying to round them up.
General Manager Carl Forrest says the plan is to trap the cats and turn them over to Palm Beach County Animal Care and Control.
“The corporation has ordered 10 Havahart traps and will be placing them around the park,” Forrest told the Town Council at its Nov. 21 meeting. “We’re not stating exactly where. The last time, people decided to remove the traps. This time, we’re going to chain them so they can’t be moved.”
Forrest says the hope is that feral facilitators don’t release cats from the traps before police or staff can get to them. Residents with pet cats are warned to comply with county leash laws and keep their animals in their homes.
“If we trap them and we don’t know if they belong to somebody, they’re going to go to animal control,” Forrest warned.
Ocean Ridge Police Chief Chris Yannuzzi says his officers will be backing up the plan with enforcement and education.
“We’ll take whatever action we need to make sure that those who are feeding the cats come into compliance,” Yannuzzi said. “It is against county ordinance; it is unlawful for any person to feed, water or provide other forms of sustenance to feral cats.”
The chief said his officers will handle violations much in the same way as code violations in Ocean Ridge. First offenders will be warned about possible civil citations and fines if they don’t comply.
“I’m not interested in putting somebody in handcuffs,” Yannuzzi said, “and not interested in filing criminal charges.”
Feral cats carry disease and are virtually impossible to adopt, says Dianne Sauve, Animal Care and Control director, who takes in about 13,000 cats annually at the county shelter.
“I understand the emotion behind feeding feral cats,” she says. “It makes people feel better but it only contributes to the overpopulation problem.”
Feral cats can start reproducing at 4 months of age and can have up to three litters per year with at least two kittens per litter. Colonies can double their size in a matter of months.
Residents who catch feral cats and want to turn them in to the county can drop them off at the shelter at 7100 Belvedere Road, West Palm Beach, at no charge. For a $20-per-cat fee, the county will come to Briny and pick them up.
In other business:
• Jerry Lower, Planning and Zoning Board chairman, told the council that the new comprehensive plan has passed muster with the Florida Department of Economic Opportunity and the Treasure Coast Regional Planning Council, two of the last hurdles on the way to approval.
Lower said the board has scheduled public hearings at 4 p.m. on both Dec. 12 and 19 in the Briny Breezes Community Center. 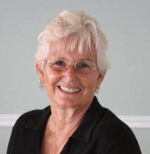 • President Sharon Kendrigan reaffirmed her intention to leave the council after its Dec. 19 meeting. Two other veteran aldermen, Nancy Boczon and Pete Fingerhut, are expected also to step down early next year. The potential of three empty seats prompted calls from the council for Briny Breezes residents to step up and serve.
If the town can find willing and qualified candidates in a timely manner, the council can appoint them on an interim basis and then allow them to keep their seats when they’re unopposed by the March election filing deadline. This would save the town thousands in election costs.
“It doesn’t hurt to sit up here,” Alderman Karen Wiggins said, imploring residents to consider serving. She said the meetings are “less than an hour and we don’t argue.”

Editor’s note: Jerry Lower is publisher of The Coastal Star.