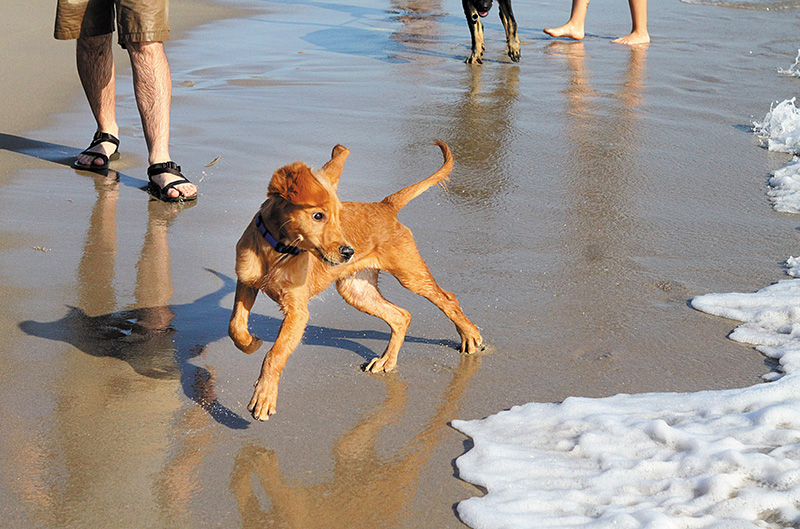 For one Saturday morning, dogs were allowed to play off leash on the beach at Oceanfront Park. ABOVE: Buddy, 4 months, runs from the incoming tide. BELOW: 3-year-old Duke (front) and Moose, 2, greet each other before running off. Photos by Rachel O’Hara/The Coastal Star 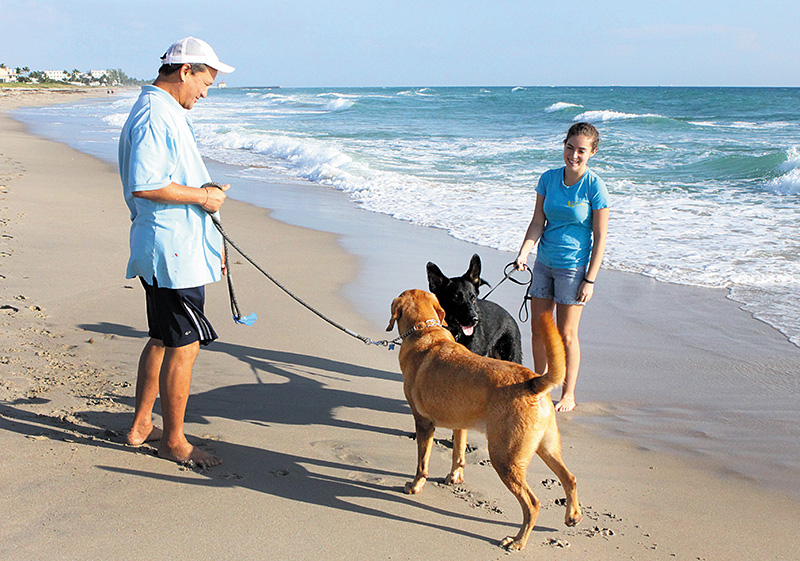 About 100 dogs of all shapes, sizes and colors enjoyed the free Boynton Beach pop-up dog park in mid-December at Oceanfront Park.

“We had dogs on the beach until noon,” said Wally Majors, the city’s recreation and parks director. Other areas of the city saw rain in the mid-morning.

He will report on the event to the Boynton Beach City Commission at its Jan. 15 meeting.

“It went well. We did not have any fights or skirmishes,” Majors said. “It will be up to the commissioners to decide if they want to hold it again.”

The city also dropped its $10 per car entrance fee for the three hours of the pop-up dog park. Residents with beach parking passes also could enter for free.

Eight recreation and parks staff worked the Dec. 15 event. Majors said no overtime was paid. Some employees were already on the schedule for that Saturday and the rest had their shifts adjusted. The day before, the city workers had set up plastic orange construction fences on both ends of the 500-foot section of the beach to contain the dogs.

A parks worker greeted early beachgoers at the north end where the dog-park area was set up. She told visitors about the pop-up event, in case they didn’t want to share the beach with the dogs, and directed those people to the south entrance.

She also checked dogs’ vaccination papers or rabies tags to make sure all were up to date.

The owners came equipped with leashes, toys and poop bags. Dogs had to be leashed until they reached the sand. The city provided water for the dogs in small buckets that were partly buried in the sand.

The owner of Rondo, a large black retriever, was happy she did not have to drive up to the northern part of the county to take him to the beach.

Although Boynton Beach owns the beach, it sits in Ocean Ridge and is subject to that town’s rules.

Ocean Ridge does not allow animals, including dogs on leashes, on the public beach. Owners of private beaches can allow dogs on their beaches.

“I’ve received only positive feedback on it,” he said. “The event was well-staged and well-fenced.”

Titcomb was out of town that Saturday and did not attend the event. He planned to call Majors to be briefed.