including relocating the city hall and fire station. Other proposed elements include a cluster of townhouses and parking garages. 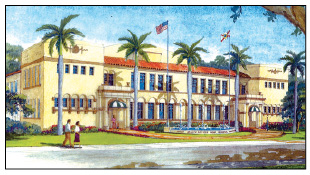 The proposal restores the facade of the school.