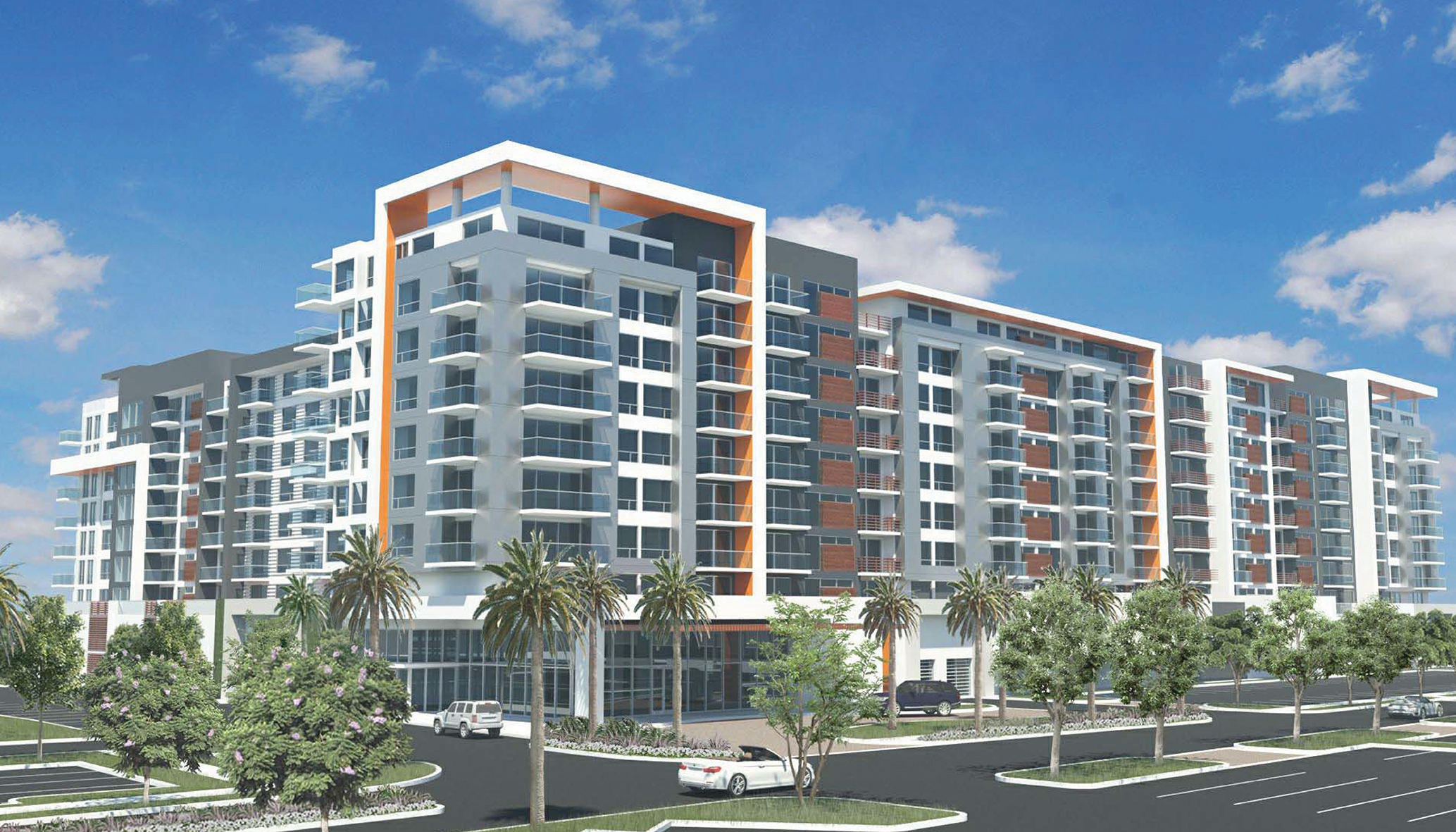 Condominiums at Riverwalk Plaza would sit at the southeast corner of the property,

along the Intracoastal Waterway, at Woolbright Road and Federal Highway.

Riverwalk Plaza will become home to a 10-story, U-shaped apartment building with 326 units, according to plans submitted in December to Boynton Beach.
“We did everything that was required,” said Shaul Rikman, founder and president of Isram Realty, Riverwalk’s owner.
The complex also will contain 41,970 square feet of retail space, the 7,889 square-foot Prime Catch restaurant and the 2,988 square-foot Wendy’s with a drive-through lane. The Wells Fargo bank branch will remain. The project should be completed in 2020.
Winn-Dixie left the 117, 644-square-foot shopping center nearly a year ago. The move allowed Hallandale-based Isram Realty to repurpose its prime slice of nearly 10 acres with waterfront views. The plaza sits at the southwest corner of the Intracoastal Waterway and Woolbright Road. Federal Highway makes up the western boundary.
Isram hired Simmons & White to do a traffic count of the new Riverwalk. The West Palm Beach firm found the site sits in a coastal residential exception area, limiting the type of traffic study required. Based on what the traffic engineers reported, neither Woolbright nor Federal would need upgrades.
The traffic engineers said the existing center had 5,770 daily trips, with 142 during morning rush hour and 491 during evening rush hour. The renovated residential complex would have 5,314 daily trips with 257 trips in the morning rush hour and 458 during evening rush hour. The daily trips would decrease by 456, but the morning trips would increase by 115 and evening would decrease by 33.
Walgreen’s drugstore and Jo-Ann Fabric and Craft store will remain, but their building will be renovated by Isram, said Mike Rumpf, Boynton Beach planning and zoning director. The building, at the southwest corner of Riverwalk, has space for other tenants.
In the Winn-Dixie building, the newly opened Bond en Smolders bakery and coffee shop is waiting to hear about its five-year lease and whether space will be found or its lease bought out by Isram. Josie’s restaurant also is negotiating with Isram.
Luke Therien, whose family owns the nearby Prime Catch restaurant along the Intracoastal, is in discussions to do a land swap with Isram Realty.
Prime Catch diners now self-park in front of the Winn-Dixie building. The restaurant offers a valet service that parks vehicles south of the building.
“It’s been all verbal. I talked to the owners before Thanksgiving about doing a land swap, some of the property we own along the Intracoastal for a parcel in front of the restaurant,” Therien said.
“They have a lot of things to be worked out with the city: Change the zoning and get a height variance. Until that is done, I don’t think we will see anything in writing.”