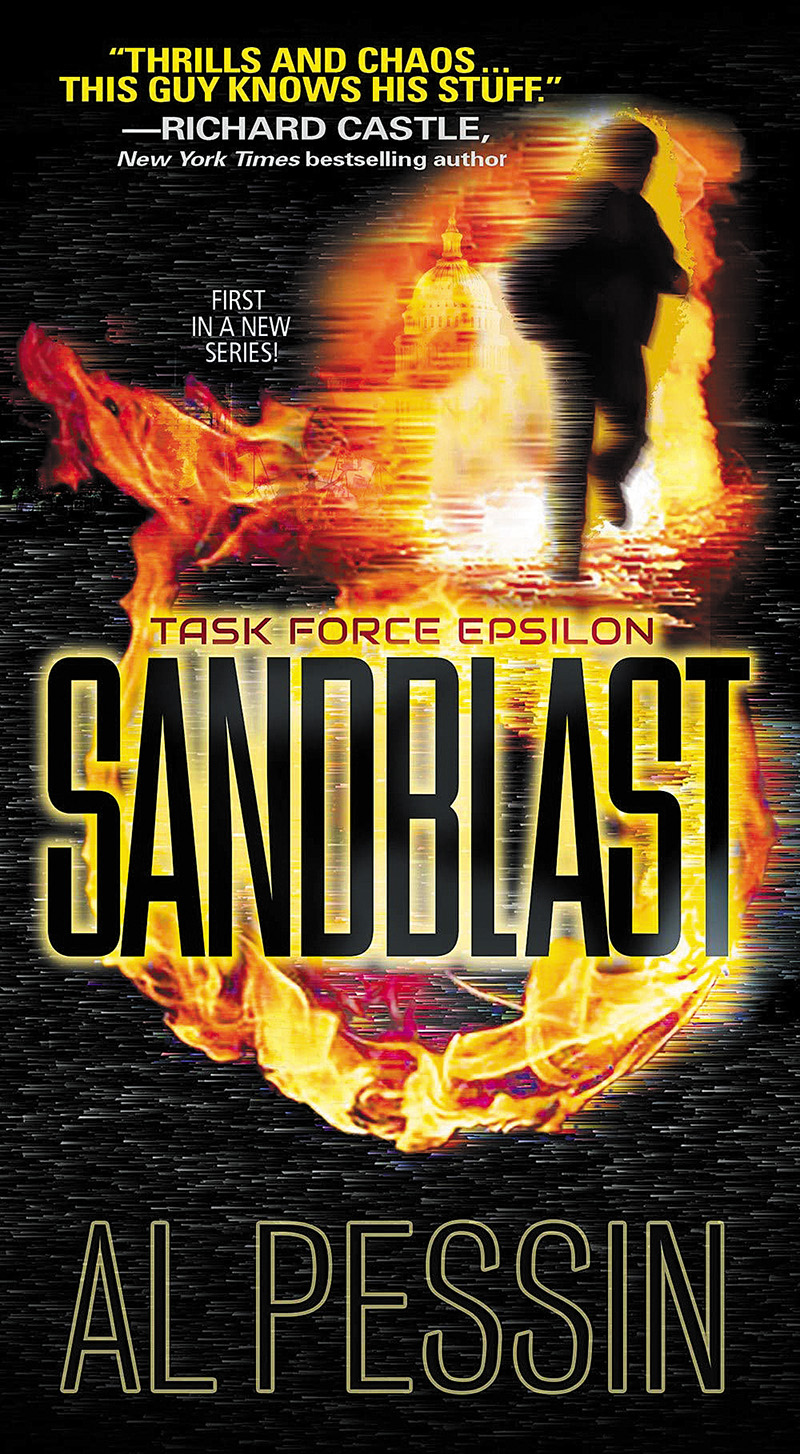 Showtime’s hit series Homeland ends in May. But covert ops fans can turn to Sandblast, the first book in an action, adventure and suspense trilogy by Al Pessin, who covered the world’s hot spots from Afghanistan to Washington, D.C., before retiring in 2015 and moved to Delray Beach.

The plot: After terrorists blow up a plane carrying the secretary of defense, the Defense Intelligence Agency creates Operation: Sandblast. The top-secret asset is California-raised, Afghan-American Lt. Faraz Abdallah. His heritage and military training make him the perfect undercover agent, but can he fool the Taliban? Then can he uncover its terror plots and assassinate the leaders?
The president is on board. “We’re facing our toughest threat since 9/11, and if we don’t handle it right, we could end up living in a very different world, a much more hostile one.”

Besides the intrepid Abdallah, the other hero is military and security expert Dr. Bridget Davenport, in a role similar to Carrie Mathison.

The book moves fast and the complex plot makes sense. Pessin is most persuasive describing how tough it is for Faraz to maintain two identities at once. He has to fit in, quote the Koran, remember his emergency extraction code, avoid recruitment as a suicide bomber and not be subsumed by the Taliban.

The Afghan village scenes are plausible, and Pessin offers many authentic details of the Pentagon.

Bridget’s relationship with an officer is the book’s only false note, such as when the two debate whether to call each other sugar pie or sweet cakes.

Pessin was a journalist at Voice of America for 39 years, 15 of them overseas. His first foreign assignment was Hong Kong in 1984. He’s also worked in Pakistan, Guantanamo Bay, Ukraine (in flak jacket and helmet), Jerusalem, London and New York. He enjoyed his first six-month tour in Islamabad so much, he offered to stay longer.

One of Pessin’s proudest moments came in 1989, when China expelled him for covering the Tiananmen Square massacre. He also reported from the White House and the Pentagon, traveling with two defense secretaries to Iraq and Afghanistan.

“[Years later], when I returned for a visit to Islamabad, I went to the old market and it was tense. All eyes were on me. I was the only foreigner there.”

Pessin speaks some French, Spanish, Hebrew, Arabic, Mandarin and Cantonese. “I wanted to know if the side conversation was discussing lunch or about kidnapping me and selling me to Hamas,” he said.

He said in Gaza and the West Bank, “Being Jewish was never an issue. No one asked. I felt they didn’t know.”

Pessin was inspired to write Sandblast during his six years at the Pentagon, when he came across an outdoor naturalization ceremony for people who joined the military as legal residents and were then being sworn in as citizens. Their happy and proud families were dressed in colorful dress from their home countries.

“I thought about what sort of unique capabilities they bring to our military. They are our generation’s new Navajo code talkers [from World War II.]”

Sharon Geltner is the author of Charity Bashed, available on Amazon and in bookstores.