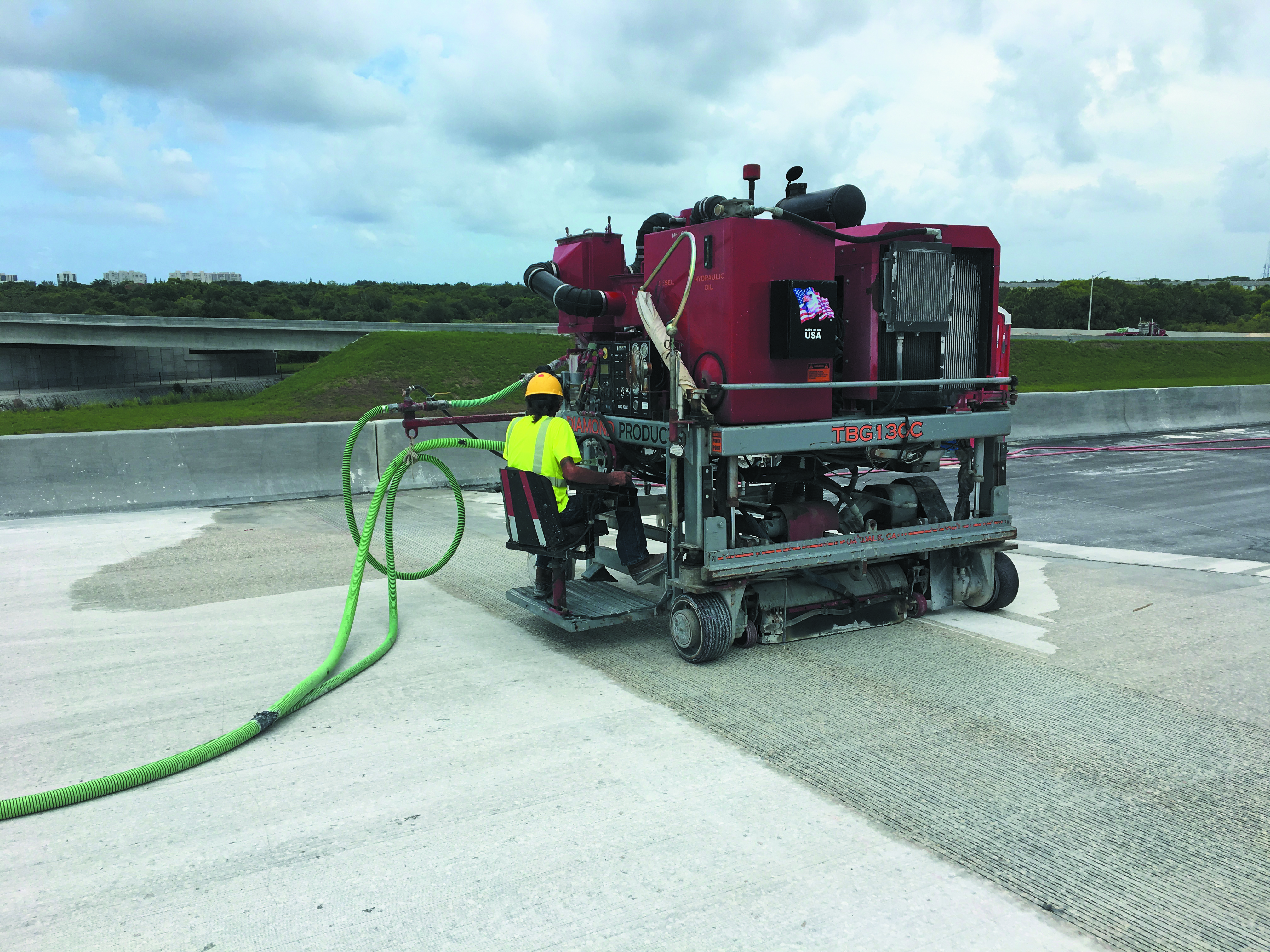 A worker cuts grooves into the surface of one of the Spanish River interchange’s many spans. All 13 of the project’s bridges have been constructed. Photo courtesy of Florida Department of Transportation

The Spanish River interchange being built on Interstate 95 fell seven weeks behind schedule in only three months this summer.
The latest delay means Florida Atlantic University’s Owls will be three-fourths the way through the fall football season when the interchange opens, now scheduled no sooner than early November. One of the benefits promised by the project is easier access to and from FAU Stadium.
No construction work is done on football weekends with games at home.
At the start of May the project was expected to take 1,503 days. By Aug. 4 the time was extended to 1,551 days, or 48 days extra.
“Daily rain and inclement weather … has significantly affected the contract duration as there are many ongoing operations that are heavily weather-dependent,” Florida Department of Transportation spokeswoman Andi Pacini said.
There are no incentives in the contract for finishing the project early or disincentives if construction takes longer, Pacini said.
Workers are widening eastbound Yamato Road, forcing  El Rio Trail to undergo round-the-clock detours through Sept. 14. Bicyclists who want to use Yamato Road must do so via Spanish River Boulevard. El Rio Trail access to Yamato Road from the Tri-Rail east exit is closed; pedestrian access to Yamato Road from the trail and the Tri-Rail station is via the west Tri-Rail exit.
In September crews also plan to continue grinding and grooving bridges, do final paving on I-95 and the ramps, and plant landscaping.
During the summer, workers opened the new westbound Spanish River Boulevard bridge over I-95, completed bridge work on Yamato Road and finished building earth-retaining walls for the project’s numerous ramps.
Work on the $69 million interchange was more than 96 percent complete at the start of September. Crews started work in January 2014. The Spanish River interchange will be Boca Raton’s fifth entrance/exit on I-95.
As construction continues, the interstate between Glades Road and Congress Avenue may have up to three lanes closed from 9 p.m. to 5 a.m. Sundays through Thursdays. The project area is 2.5 miles long.