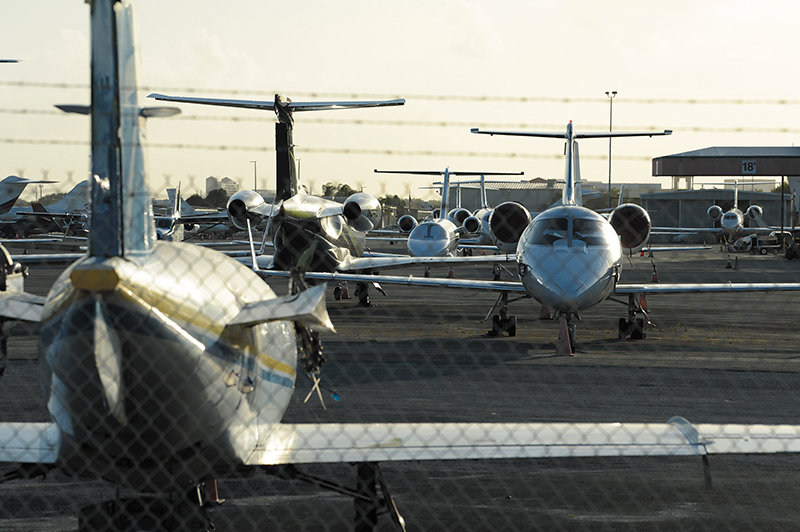 Think parking your SUV at the mall during the holidays was a challenge?

Try parking your airplane at Boca Raton Airport during the week between Christmas and New Year’s when President Donald Trump is in town and flight restrictions are in place at airports close to Mar-a-Lago.

And if the president is in town because of a special event — such as the Feb. 2 Super Bowl in Miami Gardens — don’t even think about finding a place to put your jet without first making reservations, maybe even a few weeks in advance.

Because Boca Raton Airport is relatively small — only about 200 acres — jet and airplane parking can be at a premium even when no flight restrictions exist.

Throw in a long presidential visit that forces small planes from Lantana or Palm Beach International Airport to fly in and out of Boca instead, and parking can be an issue.

“During temporary flight restrictions, everything just doubles — except for the size of the facility,” Bennett said.

Parking was at such a premium during the Christmas holidays when Trump was in Palm Beach that the Federal Aviation Administration issued a rare “ground stop” notice, preventing planes from landing at the airport for a few hours on Dec. 28 until spots became available.

In all, the Boca airport had a total of 6,505 takeoffs and landings in December — an increase of about 1,000 operations from the previous year, when the president stayed in Washington and flight restrictions were not imposed.

“It just felt like it was our busiest month,” Bennett said.

That actually may have been in March, which had more than 7,000 takeoffs and landings, while Trump was here and flight restrictions were in place.

About 200 of the planes that flew into Boca Raton Airport in December came from outside the country, up from 148 the previous year. A majority of the flights, 116, came from the Bahamas, while 36 originated in Canada.

One record the airport did set in December, Bennett said, was the gallons of jet fuel delivered to the companies that service aircraft and provide the parking space.

That’s good for the airport, which receives money from the two companies that service aircraft — fixed base operators — based on a percentage of the company’s fuel sales.

But Bennett called it “sort of a mixed blessing. It’s good in terms of revenue that is reinvested in facilities at the airport, but it is also a concern in terms of being able to meet the increased demand.”

Bennett said that during December, both Signature Flight Support and Atlantic Aviation were able to gear up and meet the increased demand.

“We have world-class FBOs and they’re experts at dealing with this,” she said.