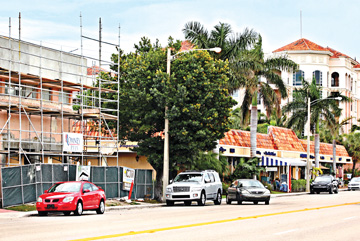 An upscale 7-Eleven is planned for this building surrounded
in scaffolding at 831 E. Palmetto  Park Road in Boca Raton. Tim Stepien/The Coastal Star

Renovations began last month along East Palmetto Park Road, bringing a welcome face-lift to a strip of old retail on the barrier island but also an unwelcome tenant in national convenience store 7-Eleven.

Scaffolding surrounds the building at 831 E. Palmetto Park Road as work proceeds to add 777 square feet to accommodate the convenience store and give the building a face-lift.

While residents in the surrounding neighborhoods welcome the renovations, many remain wary of what it will mean to have a 24-hour convenience store in their midst. 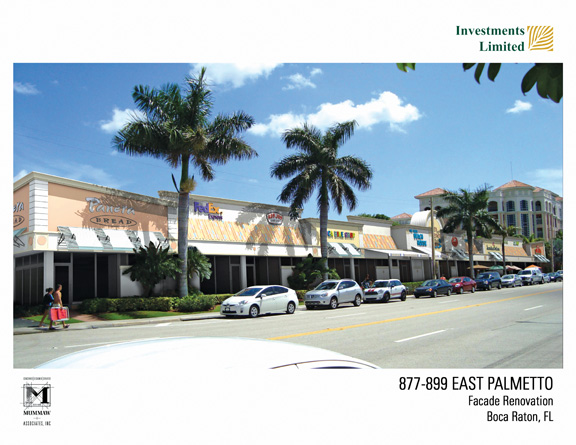 Architects envision a cohesive façade for this building,
which stretches from 877 to 899 E. Palmetto Park Road.
Renderings provided

“I’m still in a ‘wait and see’ myself, along with the rest of the community, as to how it’s going to turn out,” said Boca Raton Commissioner Anthony Majhess, who lives in the area. “I’m certainly holding my breath and have fingers crossed on everything we were promised, but I think the scale is appropriate for the building. I was happy the landlord wanted to revamp some old, one-story buildings and not change everything.”

Neighbors challenged the city’s approval of the addition and modification to the building to accommodate the 7-Eleven, claiming that the store was incompatible with the neighborhood and would invite problems.

Mummaw worked with the neighbors, enhancing the design to the national company’s upscale model, which includes a 14-foot granite gourmet coffee bar. Across the back of the property, a masonry wall and row of purple and yellow tabebuia trees will go in to screen the neighbors.

The Batmasians, Boca Raton residents who have been developing properties in the city for three decades, expect the renovations to attract other national tenants and improve the overall value for neighbors as well. Investments Limited owns five of the six properties on the north side of East Palmetto Parkway east of the Intracoastal to Wavecrest Way.

Within the next 12 months, each will be renovated, using architectural elements to tie them together.  The 831 building is expected to be complete by the end of the year, with work on the 803 building beginning this month. 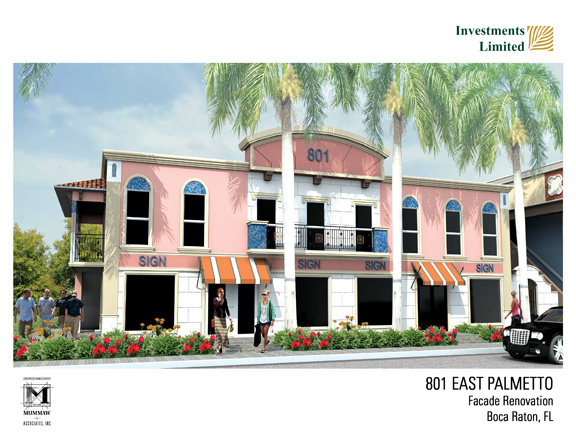 The façade of 801 E. Palmetto Park Road also would receive an update.

Peter Barinoff, who originally was part of the group challenging the approval, said he was persuaded to support the project.

“We think any progress along East Palmetto Park is a positive for the whole community area,” Barinoff said.  “It’s long overdue that that shopping center has a renovation. There were initial concerns, but much was done by the developer to alleviate those concerns. We also did speak to the Boca Raton police chief, and he assured us they would be watching the area closely.”

Other neighbors remain unconvinced. Diane Hoffman, owner of the Boca Beach House restaurant, said she doesn’t think 7-Eleven will affect her business at all but that it will cheapen the neighborhood.

“The residents are extremely concerned with what a 7-Eleven usually brings — vagrancy, crime — and having it open 24 hours a day will invite additional problems with the homeless and others hanging out,” she said. Because none of the shops and restaurants is open past 9 p.m., Hoffman says, a 24-hour convenience store is out of character.

Although Hoffman and Investments Limited disagree over 7-Eleven, they do agree on one concept for improving the area: “It’s a matter of getting good tenants,” Hoffman said. 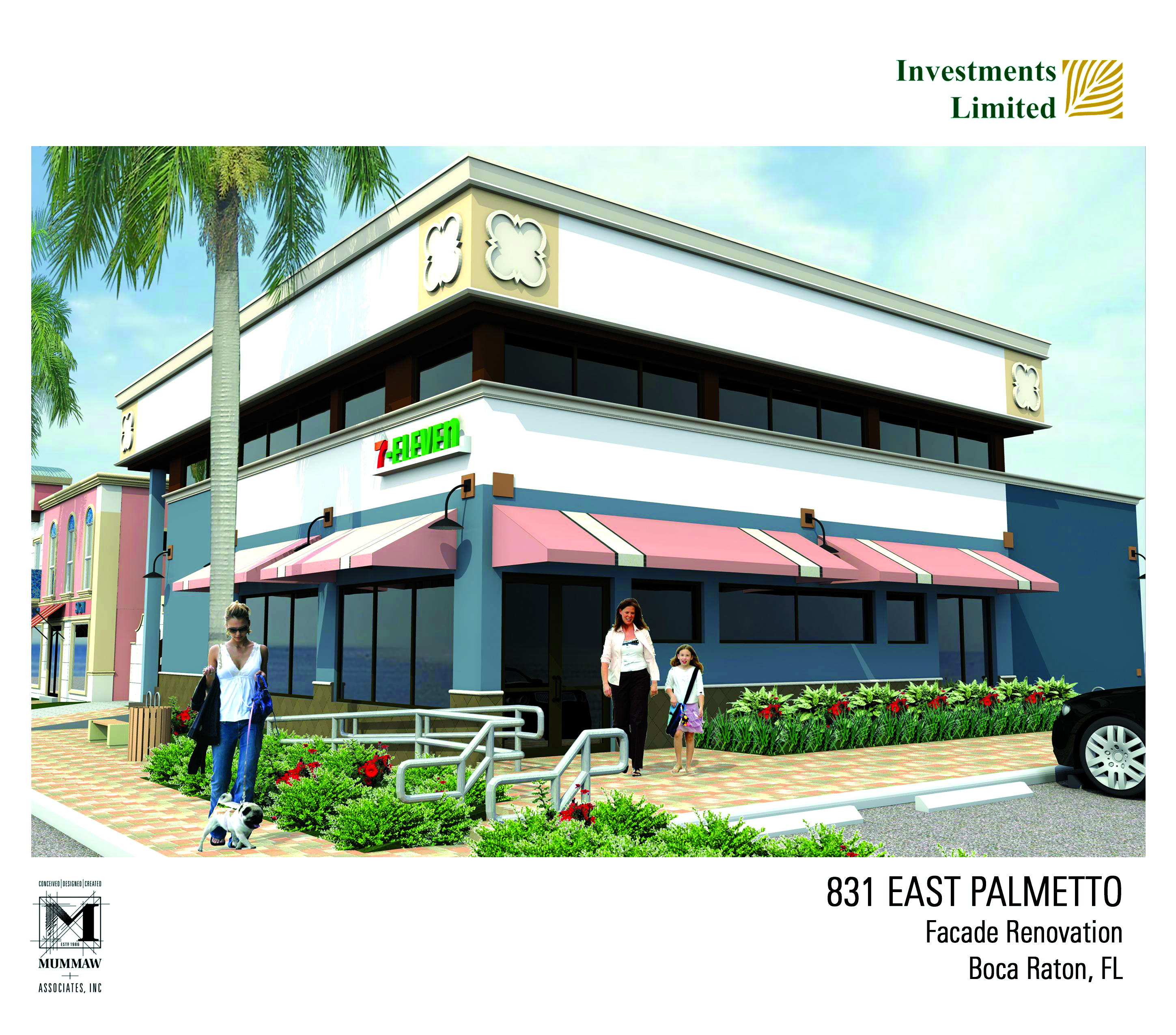 The 7-Eleven will feature a granite coffee bar. Neighbors will be screened from the store by a masonry wall and trees.