While protests against stay-at-home COVID-19 restrictions have taken place across the country and in Palm Beach County, Boca Raton Mayor Scott Singer is urging a coordinated approach by four South Florida counties to determine when beaches, parks and businesses can begin opening up.

Monroe, Miami-Dade, Broward and Palm Beach County leaders have been working together to decide how and when to loosen restrictions on people and businesses.

The intent of the collaborative effort is to avoid individual cities or counties acting on their own, which could make people less safe. If one city were to reopen beaches, for example, county leaders anticipate many people would flock to that city and, by violating social distancing rules, increase the chance of spreading the coronavirus.

“I believe that is the most essential and best way to continue to stop the spread of COVID-19,” Singer said of the regional approach at an April 21 news conference at City Hall.

All four counties now have virtually the same guidelines in place, he said.

While the federal government has announced a three-phase plan for reopening the country, Singer said Florida has not yet reached the benchmarks to do so.

“We will be guided by science and data to take the most responsible course,” he said.

He also acknowledged that it is important to begin loosening restrictions as soon as possible to get the economy back on track.

‘We know how essential it is that a strong business climate returns,” Singer said. 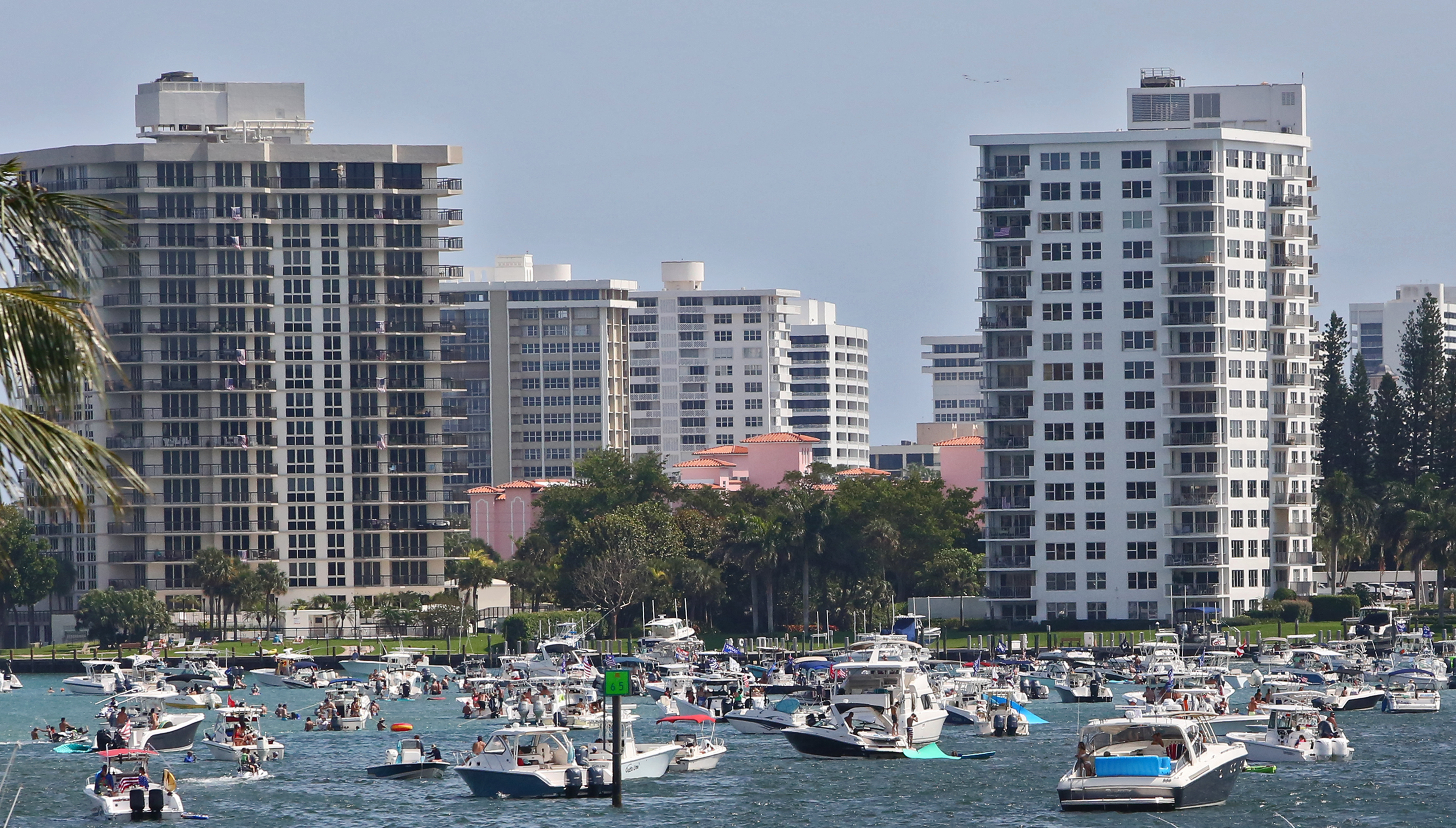 One matter of immediate concern to Boca Raton is the alcohol-fueled Boca Bash, scheduled for April 26. The annual event, which is not sponsored by the city, draws thousands of revelers to Lake Boca.

“Please do not think of coming out now to raft up with other boats and have a party,” Singer said.

The city does not control Lake Boca, which falls under state jurisdiction.

One person associated with the loosely organized event has discouraged boaters from congregating.

“We are strongly encouraging our local boaters to stay away from Lake Boca this Sunday,” he wrote on Facebook. “Please do not participate on Lake Boca this weekend and let’s respect our city and our fellow neighbors.”

But it is not certain whether boaters will heed this advice, especially since boaters have been congregating on Lake Boca on weekends without practicing social distancing.

Maj. Fred Rondeau, a commander with Florida Fish and Wildlife Conservation Commission, said that his agency will have enhanced patrols on Lake Boca this weekend.  All recreational boats must keep 50 feet apart, with no more than 10 people on a vessel, he said.

Troy McLellan, president and CEO of the Greater Boca Raton Chamber of Commerce, said the chamber is looking at how to reopen the local economy. Doing so will require a “delicate balance” and “methodical planning,” he said.

He announced a Moving Business Forward initiative launched on April 21 that will plan for reopening.

McLellan also said he hopes to work with the city on creation of a financial program to help small businesses in Boca Raton.

Not all agree with mayor's approach

While Singer favors a regional approach to easing restrictions, two other City Council members are urging that the city take action soon.

Council member Andy Thomson has said he will introduce a resolution at a special council workshop at 6 p.m. April 21 urging Palm Beach County to reopen beaches, passive public and private parks, tennis courts and private golf courses to the public “as soon as prudently possible” and in a way that will not expose city workers or the public to an increased risk of infection.

In an email, Thomson said he is not suggesting an immediate reopening, but rather the start of a planning process to allow the public to resume use of these areas and facilities.

His announcement on Facebook provoked a strong response from residents, with some strongly favoring such action. But the majority expressed alarm and said they opposed a quick reopening while the number of COVID-19 cases continues to increase in the state.

He also led the Boca Raton contingent in an April 19 car caravan to Delray Beach as part of a push organized by a Hollywood couple to reopen. More than 100 South Floridians from various cities participated.

Many of the vehicles sported Trump signs and paraphernalia, while the South Florida Sun-Sentinel reported those in attendance included supporters of Q-Anon, a far-right conspiracy theory of a secret plot by the “deep state” against President Donald Trump and his supporters.

Rodgers told the Sun-Sentinel that he was acting as a private citizen. 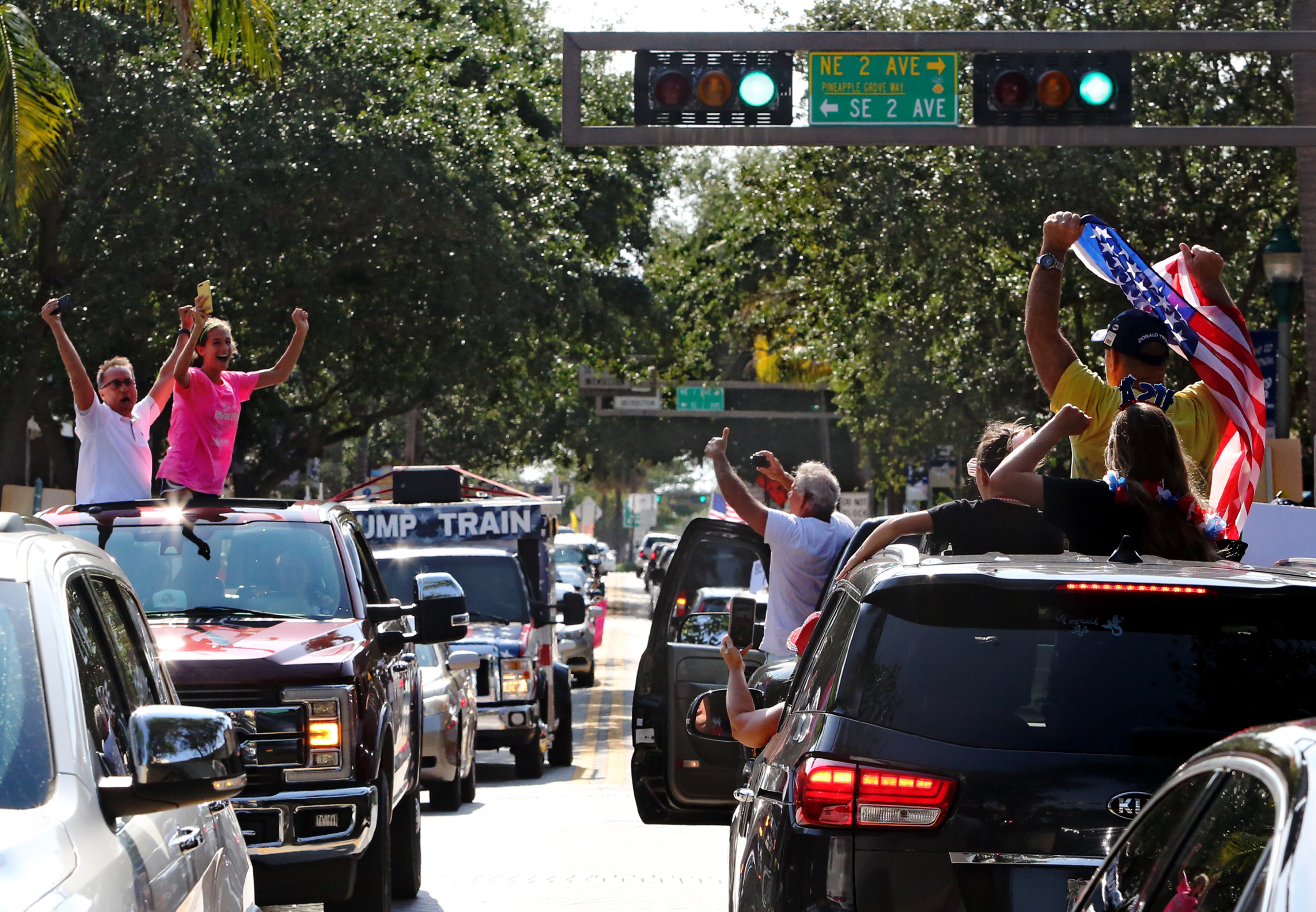