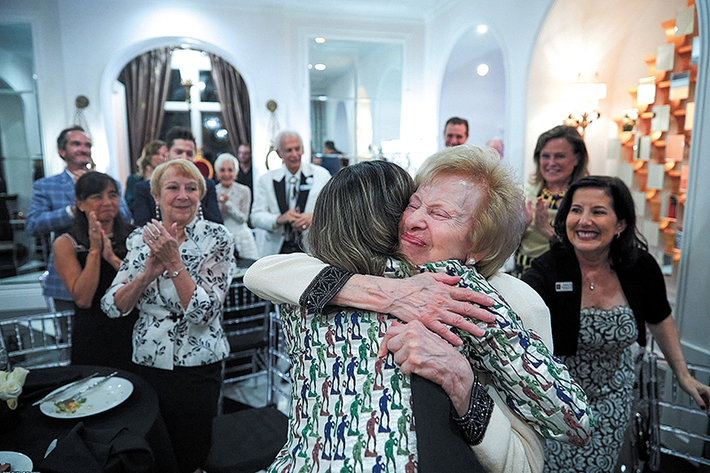 As the city and the Boca Raton Arts District Exploratory Corp. work to finalize a deal that would allow a $130 million performing arts complex to be built in Mizner Park, philanthropists are stepping forward to fund the project.

The Edith & Martin Stein Family Foundation has pledged $5 million, and Elizabeth Dudley has pledged $1 million for capital gifts.
BRADEC announced the donations in August, three months after City Council members offered full-throated support for the Boca Raton Center for Arts & Innovation and directed city staff to continue negotiations to lease city-owned land to the organization.
BRADEC President Andrea Virgin has said repeatedly that strong city support for the state-of-the-art venue would persuade Boca Raton’s extensive philanthropic community to offer financial support. A final deal would create even more incentive to donate.
BRADEC has identified 147 “high potential” donors, including 19 who have the ability to contribute well in excess of $1 million and 17 who could contribute at least $1 million. Another 359 potential donors have a “philanthropic track record” in the city and the county.
BRADEC has promised to raise the entire amount and is not seeking funding from the city.
Edith and Martin Stein moved to Boca Raton in 1990 and helped create the Boca Raton Philharmonic Symphonia. They contributed to the Boca Raton Museum of Art, Boca Ballet Theatre, the Boca Raton Regional Hospital Foundation, the Jewish Federation of South Palm Beach County and others.
The Steins were entranced by New York City’s cultural offerings, but felt some of that was missing in Boca Raton.
Martin Stein, who died in 2017, “was very passionate about the arts — music, jazz, paintings. Art was his thing. He always wanted everything under one roof. For this center to happen, it would be his dream come true,” Edith Stein said in a statement.
The center’s donors lounge will be named after Dudley and her late husband, Richard.
A longtime patron of the arts, Elizabeth Dudley held positions on the boards of Boca Ballet Theatre, Boca Pops and the National Society of Arts and Letters, among others. She is a current member of the BRADEC board.
She also is a member of the American Ballet Theatre’s Lucia Chase Society, the Dance Theatre of Harlem Legacy Society and Boca Ballet Theatre’s Pavlova Legacy Society.
“This project will be an incredible opportunity for our city to bring more cultural events to the community,” she said in a statement. “For so long, we have had to go where the arts are. Finally, there’ll be a home where the arts come to Boca Raton.”
Virgin lauded both women for kickstarting the capital campaign.
“In advance of a signed ground lease, these early capital gifts highlight the swelling momentum and support that continues to build daily for the center,” she said.
Virgin anticipates that the negotiations with the city will be completed by year’s end.