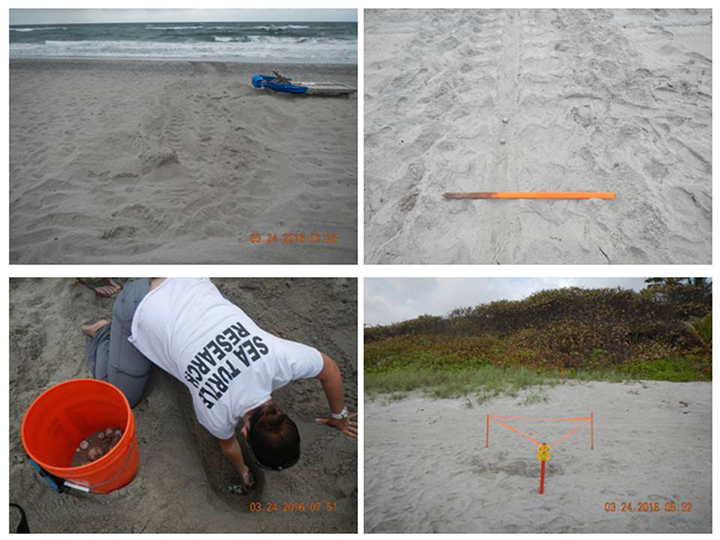 A marine turtle specialist extracts eggs from the nest in South Beach Park. The eggs were relocated to Red Reef Park so a beach renourishment project would not disturb them. Photos courtesy of city of Boca Raton

A leatherback sea turtle has made it official: Nesting season has begun.
Marine turtle specialists from the Gumbo Limbo Nature Center discovered Boca Raton’s first sea turtle nest of the season just after sunrise March 24 in South Beach Park. Due to the beach renourishment project in that area, the leatherback nest was relocated outside of the project zone to Red Reef Park. A total of 96 eggs and 23 “spacers,” or yolkless eggs, were found in the egg chamber. The mother leatherback also left two spacers in the center of her track on the way back to the ocean.
A second leatherback nest was discovered March 28.
Turtle eggs take about two months to hatch. 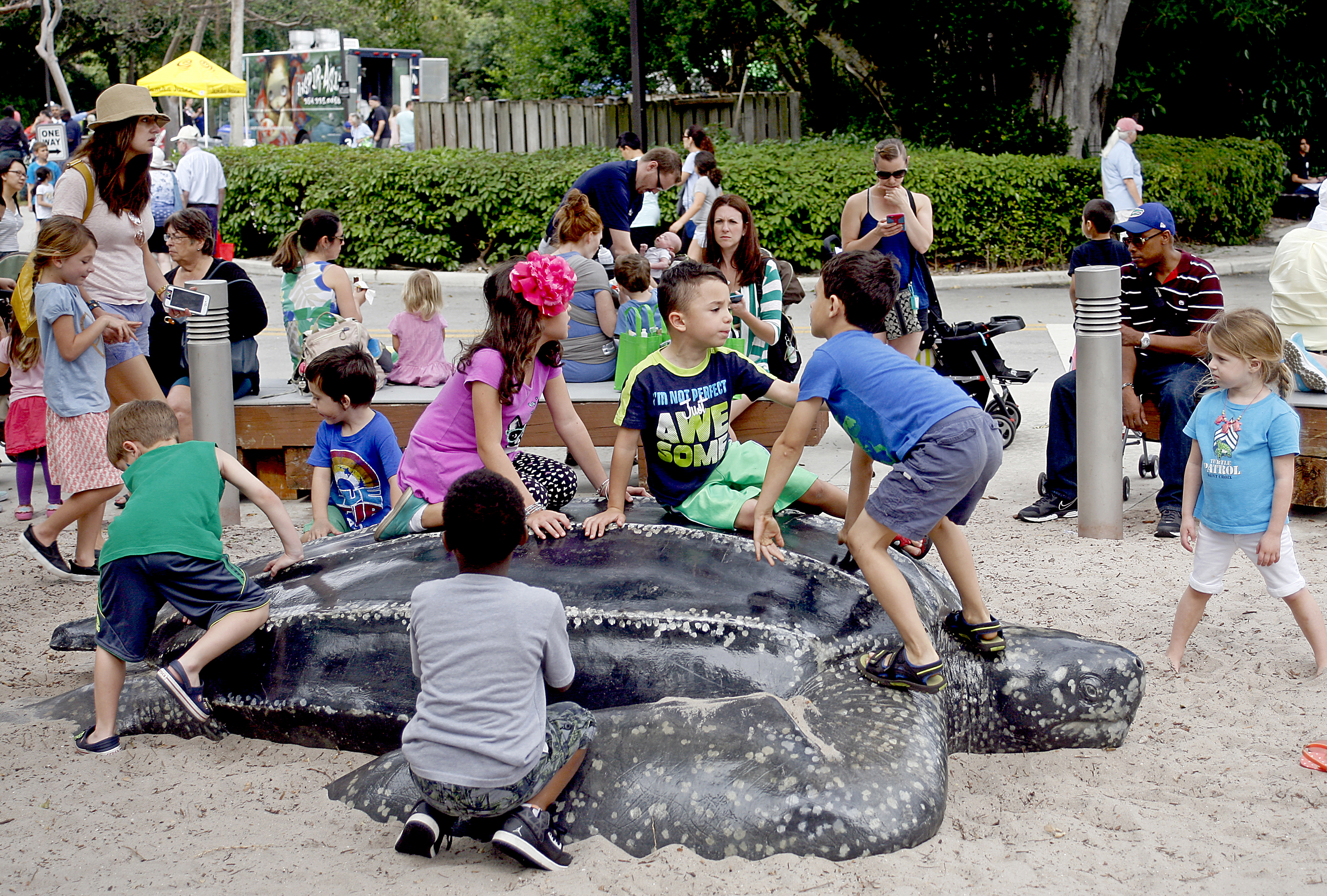 ABOVE: Children climb on the leatherback exhibit at Gumbo Limbo during Sea Turtle Day. BELOW: Photo enthusiasts check out one of the many festival exhibits. Photos by Tim ­Stepien/The Coastal Star Gumbo Limbo marked the start of the season March 5 with its annual Sea Turtle Day, which drew 6,000 people, said Jim Miller, president of the Friends of Gumbo Limbo, which organizes the festival.
“Some long lines, but I think everybody was enjoying themselves. The weather was good. It was a really good day,” Miller said.
Nesting season for sea turtles in South Florida is March 1 to Oct. 31. Boca Raton’s daily count is posted at www.gumbolimbo.org/nesting. Last year there were 718 loggerhead nests, 298 green turtle nests and 25 leatherback nests.
The Green Turtle Gallop, a 10K run benefiting Gumbo Limbo’s sea turtle rehabilitation facility, will be at 7:15 a.m. April 3 at Spanish River Park. A 1-mile fun run will be at 7:20.
Much-needed medical equipment bought with proceeds from previous races includes two blood centrifuges, Doppler heart monitors, electrocautery scalpel units, and an endoscope and endoscope biopsy tool.