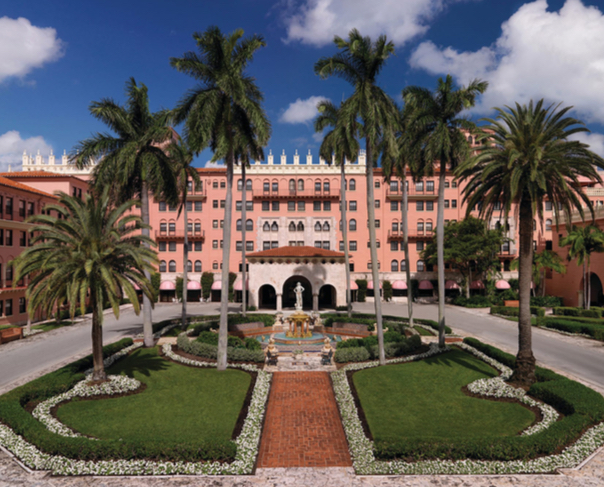 MSD Partners, Dell’s investment advisory firm, announced the acquisition agreement on April 22. While terms of the deal were not disclosed, the sale is expected to close by June 30. The seller is an affiliate of Blackstone, a New York-based private equity firm that acquired the 337-acre resort in 2004 and has invested more than $300 million in the property, according to MSD Partners.

The property will continue to be managed by Hilton under the Waldorf Astoria Hotels & Resorts brand.

“They’re an incredible organization,” John Tolbert, the resort’s president and managing director, said of MSD Partners. “This is a very exciting time and the next chapter of this resort.”

While the sale is not yet completed, “we are highly confident this transaction will go forward,” Tolbert said.

“The resort helped put Boca on the map and its draw continues to attract visitors and high-profile, international conventions,” Mayor Scott Singer said in an email. “I have heard that MSD has invested substantially in preserving and enhancing their other resort properties, and that formula sounds like a recipe for success.”

“This investment represents a natural extension of our portfolio of luxury hotels and resorts,” Barry Sholem, a partner at MSD Partners and co-head of its real estate group, said in the announcement.

MSD, based in New York with additional offices in Santa Monica and West Palm Beach, did not announce its plans for the Boca resort, and Tolbert said it is premature to speculate.

The Boca Raton Resort & Club dates to 1926, when famed architect Addison Mizner opened the Cloister Inn on the shore of Lake Boca Raton.

During its tenure, Blackstone renovated both golf courses, the Cloister building, the Beach Club, the Palm Court restaurant and the bungalows.

Dell, currently the chairman and CEO of Dell Technologies, is ranked by Forbes as the 25th- richest person in the world with a net worth of $40.3 billion. He launched Dell in 1984 and began selling personal computers online in 1996.