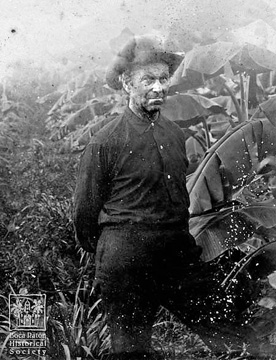 Frank Chesebro moved to Boca Raton from Michigan in 1903. He planted his land, worked with a crew of African-Americans and came to respect the Japanese settlers who planted pineapples.

Today, if you want to learn more about Chesebro and the history of Boca Raton, it’s easy.

He kept diaries from the time he arrived until his death in 1936. And the Boca Raton Historical Society is making his diary entries available through the popular social networking service Twitter. You can follow him at twitter.com\bocahistory.

Just about every afternoon, education director Laurie-Lynn Jones tweets the diary entry for the same date in 1912. That way you can follow exactly what was happening in Frank’s life 100 years ago to the day.

As anyone who regularly uses Twitter knows, the messages — called tweets — can’t be more than 140 characters. Although packed with information, Chesebro’s short diary entries fit nicely.

“His writings in his diaries are primary sources of history, no matter how brief they are,” says Susan Gillis, curator of the BRHS.

For example, one diary entry mentions the first run of the Key West Extension of the Florida East Coast Railway. Frank’s son Harry as well as his sister Libby and her husband, Elmor, were on the train. We also learn Frank sent 61 roosters weighing 204 pounds on the train’s inaugural trip south.

On another day there’s news of a 45-mile bike ride to Miami. He took the train home.

“If you read his entries over a period of time, they are like a soap opera, and there’s plenty of local gossip,” Gillis says.

The diaries were kept safe by Harry Chesebro’s wife,  Ethyl. When she moved from her bungalow on Dixie Highway south of Palmetto Park Road in the 1970s, a collection of Chesebro family history was donated to the BRHS.

Among the papers, maps, accounts, family sketches and other reminiscences were these diaries. Collected into about 25 handwritten volumes, they detail the beginnings of Boca Raton.

Gillis has made the diary entries more accessible by creating an online glossary of unusual terms and a list of the people involved in Frank’s story (view them at www.bocahistory.org/; click on Frank’s Tweets). 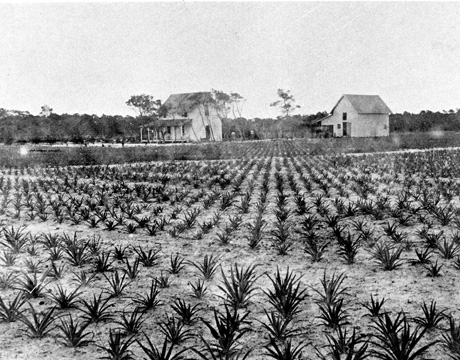 Chesebro’s homestead, planted with pineapples in 1905,
was east of Dixie Highway and south of Camino Real.

You’ll meet his wife, Nettie, whom he affectionately shortens to “N” in his diaries, there’s Mrs. Townsend, the bridge keeper’s wife, and Frank’s teenage daughters Esther (called “E”) and Ruth (“R”), among many others.