The height and density of downtown buildings, traffic congestion, annexation and the expansion of Florida Atlantic University are among the top issues in the Boca Raton City Council race.

Questions about those issues were fielded by the three candidates running for Seat C, the only open seat on the council, at a recent debate sponsored by the Federation of Boca Raton Homeowners Associations.

Those issues were brought up again at a debate sponsored by the Gold Coast Tiger Bay Club. Only Sauer and Rodgers showed up for that debate. Chapman declined the invitation.

Developers and development of Boca Raton is the hot topic. Lots of behind-the-scenes politicking is going on in that arena.

Both Chapman and Rodgers claimed at the homeowners’ forum that they had been approached by developers and asked to drop out of the race. Sauer’s campaign contributors include prominent developers, development attorneys, Realtors and local businesses. Sauer so far has raised $42,000.

Both men have said that Sauer is beholden to the developers who are supporting her.

Sauer, 34, denies that the contributions would sway her opinions as a council member. She describes herself as an independent thinker and would limit building heights to 100 feet. Sauer, who is active in the Junior League and the Boca Raton Historical Society, also has the backing of other longtime political players.

Keeping Boca’s quality of life while fostering responsible growth is her key message.

Chapman, 47, has been criticized for bringing big league-style negative campaign practices to the race. Negative campaigning by Chapman drove a fourth candidate out of the battle to gain former Vice Mayor Constance Scott’s seat.

Sidelined was Armand Grossman, who dropped out after a mass mailing and website raised questions about a real estate course he ran.

Chapman advocates better communication between residents and the council. He would hold regular Town Hall meetings and seek residents’ input before making decisions about future development. He is calling for a moratorium on downtown apartment buildings and says homeowners are more committed to the city.

Rodgers, 36, and a member of the U.S. Naval Reserve, said he would bring honor, courage and commitment to the job. He said that unlike the other candidates, he has served on the city’s Finance Advisory Board and regularly attends City Council meetings.

Rodgers wants to see the city become a technical hub and to attract more medical, technology and research companies and jobs.

All three candidates have longstanding ties to Boca. Rodgers, the “newcomer” of the group, has lived here since attending Florida Atlantic University in 1997. Chapman and Sauer grew up in Boca.

Seat D was also up for bid, but Councilman Robert Weinroth automatically won that race because no one challenged him. He has been serving out the term of City Councilman Anthony Majhess. Majhess vacated his council seat to launch an unsuccessful bid for mayor.

Because he is unopposed, Weinroth’s name will not appear on the ballot.

The following candidates are competing for a three-year term on the Boca Raton City Council: 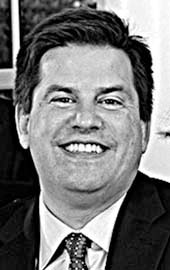 Quote: “We need to fundamentally rethink how city hall manages our city. Invest in infrastructure and partnerships that will bring capital, talent and technology together to create jobs and transform our economy. Demand new accountability on contracts, budgets and projects.” 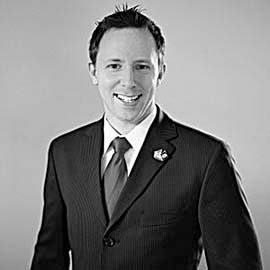 Quote: “City Council would be the perfect place for us to make a difference, shape the future of our community and teach our children about public service in the process. Make the best choice. Boca deserves better. Vote March 10.” 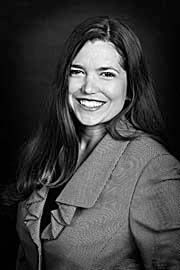 Education: Bachelor’s in finance and master’s in political science at the University of Florida

Quote: “I’m a consensus builder. I’ve worked on town hall summits throughout the state tackling such issues as economic development, seniors, education, homeland security and the environment. We’ve gotten people together from all sides and built policy from that. I can bring that to the City Council.”