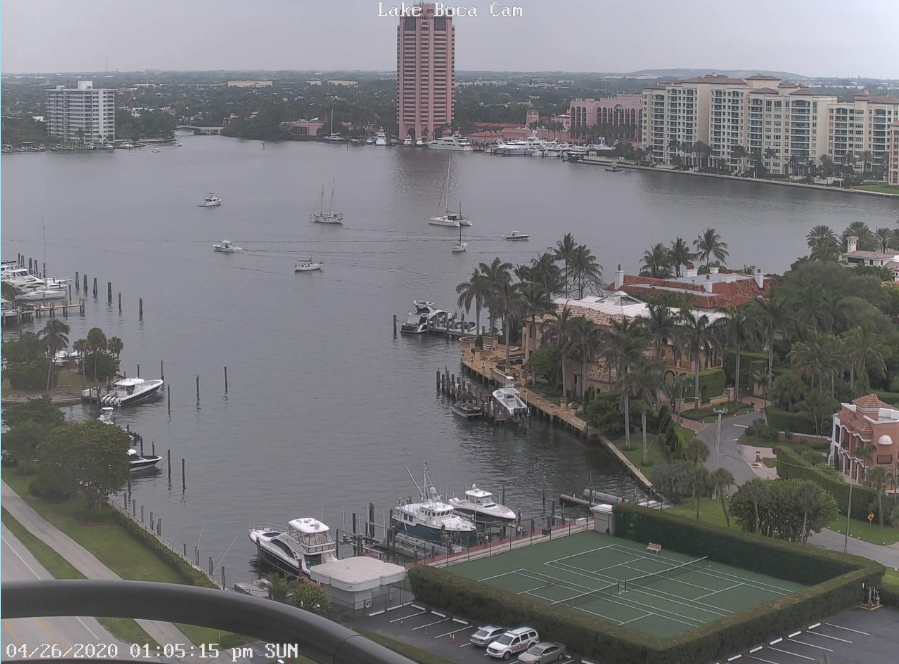 Only a few vessels were in Lake Boca on April 26, the final day of an emergency ban on anchoring there. Normally the lake is jammed with boats on the weekend, especially for Boca Bash on the last Sunday in April. Photo provided by lakebocacam.com

Recreational boaters are banned from dropping anchor in Lake Boca this weekend in yet another effort to fight COVID-19.

The order specifically targets Boca Bash, an unofficial, alcohol-fueled party on the last Sunday in April in which "vessels come from all over to congregate, raft and anchor within Lake Boca," the state's Fish and Wildlife Conservation Commission said. The FWC, which enforces boating rules in Florida, gave the city a temporary exemption to prohibit anchoring in the lake and 500 feet north and south of it.

Boca Raton's police are authorized to give violators verbal warnings and arrest them if needed. "Our goal is to obtain voluntary compliance with this order," the police department said.

The FWC already had social distancing rules in place requiring boaters to keep 50 feet from one another and have no more than 10 people aboard a vessel.