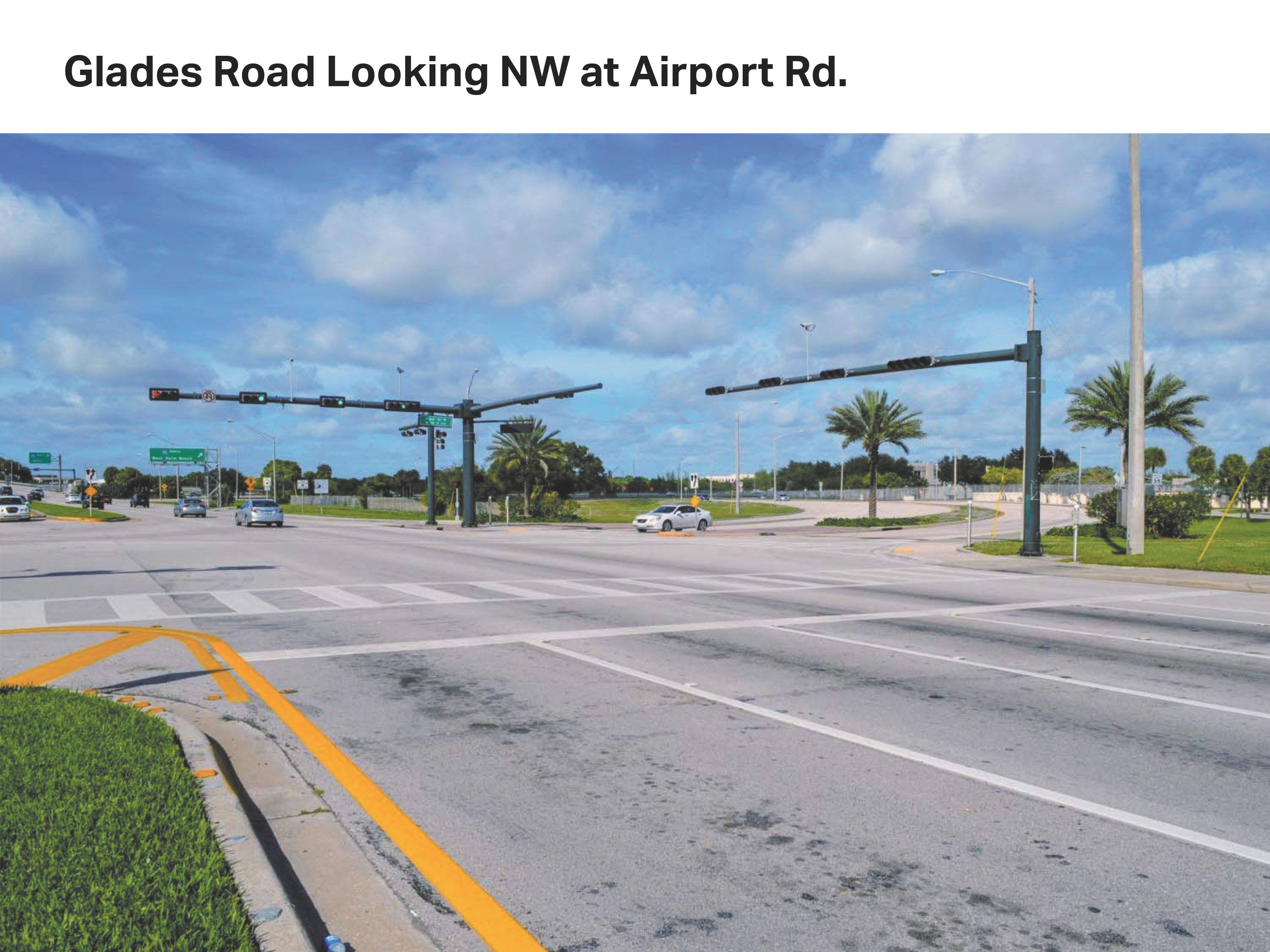 ABOVE: Glades Road looking northwest at Airport Road.
BELOW: With a proposed elevated ramp to northbound I-95. Renderings provided by FDOT 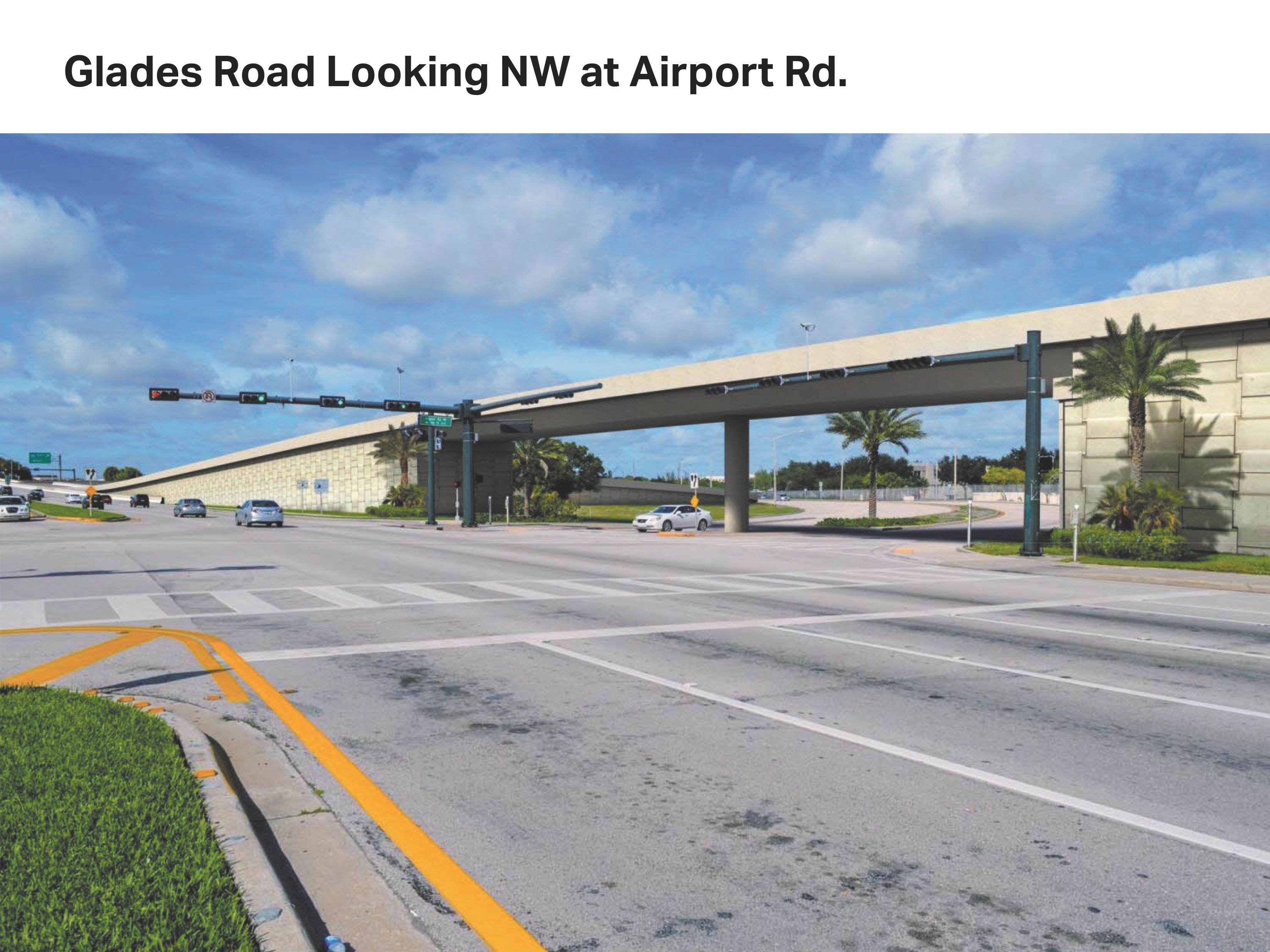 Looking to ease traffic on busy Glades Road, state engineers plan to segregate I-95’s on-ramps to let east-west vehicles flow more freely.
Luis Costa, a consulting engineer for the Florida Department of Transportation, said the project, which could begin as soon as next year, would add a physically separated “auxiliary lane” for westbound cars planning to go north on I-95 and for eastbound drivers going north or south.
“Basically we take out the traffic that’s going to I-95 early enough at both ends of the project, so that traffic can flow freely on Glades Road that is Glades Road traffic only,” Costa told the City Council at its March 7 workshop.
Glades Road itself would stay three lanes in both directions with the addition of buffered, 7-foot-wide bicycle lanes, up from the standard 4 feet wide.
“That’s a very exciting design, very unique. I think it really achieves the purpose without adding a lot of asphalt,” Mayor Susan Haynie said.
Costa said the FDOT plan in 2009 was to make Glades Road eight lanes between Butts Road and Northwest 13th Street/East University Drive.
“That was not well received. There was a lot of opposition,” he said.
The old plan would have taken right of way from several businesses west of I-95 and from Boca Raton High School, the University Commons shopping plaza and the city water plant on the east side. The proposal would also have required a new bridge over railroad tracks and two new bridges over the interstate.
And it would have created a 187-foot crosswalk at Glades and Airport Road, making long green lights necessary to let pedestrians cross.
The new, more pedestrian-friendly design puts a bridge over Airport Road for the interstate access ramp and trims the crosswalk to 125 feet.
“We don’t have to provide as much green time for the pedestrians,” Costa said.
Traffic lanes will be cut from 12 feet wide to 11 feet wide to make room for the wider bike lanes.
Fausto Gomez, the FDOT’s project manager, said at this point the Glades Road work has funding only for right of way, not construction. Money could become available in 2022, he said. But the department just received $140 million in federal funds and could include the project in the work next year to add express lanes to the interstate, he said.
The Glades Road improvements would keep the traffic flow good through 2040, Costa said.