Boca Raton is governed by a five-member City Council, elected at-large to designated seats on a non-partisan basis for three-year terms.
Two of those seats are up for election March 9, with four candidates in the race for Seat C and two for Seat D. 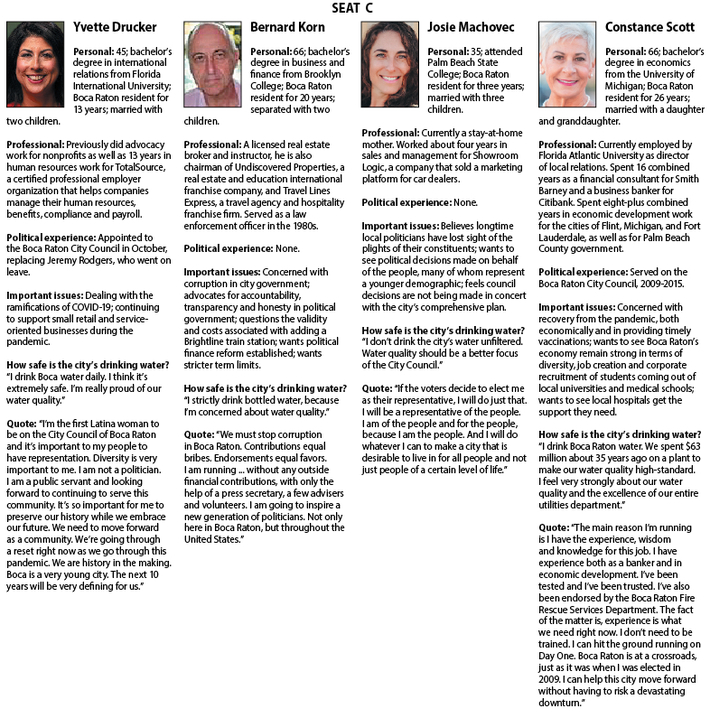 Candidate profiles were compiled via telephone interviews. Candidates were asked to supply personal information regarding their age, education, marital status and number of years residing in their municipalities.
They were also asked to provide a brief history of their professional life and experience, if any, in holding public office. Finally, they were asked about their positions on issues facing their communities and to provide an overarching quote detailing the reasons they believe they should be elected (or re-elected) along with a current photograph.