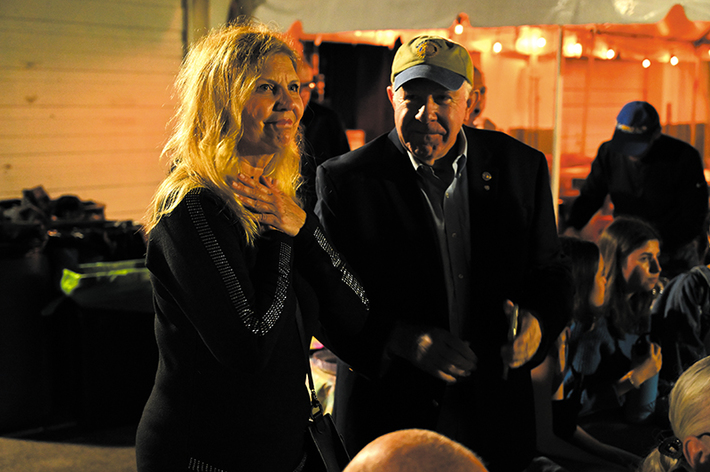 One week after Russia attacked Ukraine, a family fleeing the war contacted Marina Kapulovska for help. And then another family called.
Since then, the Boca Raton resident and Rotarian working in tandem with the Rotary Club of Boca Raton has helped 28 Ukrainian families resettle locally.
The efforts of the former Kyiv resident, who emigrated to Florida in 2000, are as varied as transporting Ukrainians from the airport, helping them enroll their children in school and sponsoring them so they are able to change their visa status in order to work.
Yet in a twist of fate, it is now Kapulovska who needs help.
A Dec. 18 fire ravaged her Boca View condo. Kapulovska, her son, Maxim, and granddaughter, Michelle, escaped unharmed, but all their belongings were destroyed.
Her fellow Rotarians rushed to her aid, hosting a Dec. 29 fundraiser and setting up a GoFundMe page that has drawn large and small donations exceeding the original $10,000 goal.
“She is a very modest, humble person who is low-key. She is just a lovely person,” said Vanessa Havener, a former Rotary Club of Boca Raton president.
“The irony of this tragedy happening to her is she is in the exact same position as the people she has been working so hard to help.”
Kapulovska, a Coldwell Banker sales associate who is now a U.S. citizen, deeply appreciates the support she has received.
“I am extremely grateful to them,” she said. “For the first three days, I was in shock. I couldn’t think straight on what I should do. When I found out my fellow Rotarians had stepped forward to help, my heart was crying.”
Kapulovska’s supporters who arrived for the fundraiser at Prosperity Brewers saw at the front door a portrait of Ukrainian President Volodymyr Zelensky by renowned Boca Raton-based artist Yaacov Heller that he had donated for an auction.
The crowd gathered at an outside patio, nibbled light bites and listened to a band assembled by Rotary past president and auctioneer Neil Saffer.
“We will play you anything you want except ‘Burning Down the House,’” quipped Saffer, who also recognized “the kindness and generosity of this community, this family, this Rotary group and all of you.”
Attendees included Rotary president-elect J. Gerry Purdy, who wanted to help Ukraine when war broke out. But with the nation’s needs so vast, he decided the best thing one person could do was host a recently arrived Ukrainian man in his home. “I can help one person get settled here,” he said.
Deputy Mayor and Rotarian Andrea O’Rourke also attended. “We are here to do whatever we can to get (Kapulovska’s) feet on the ground,” she said. 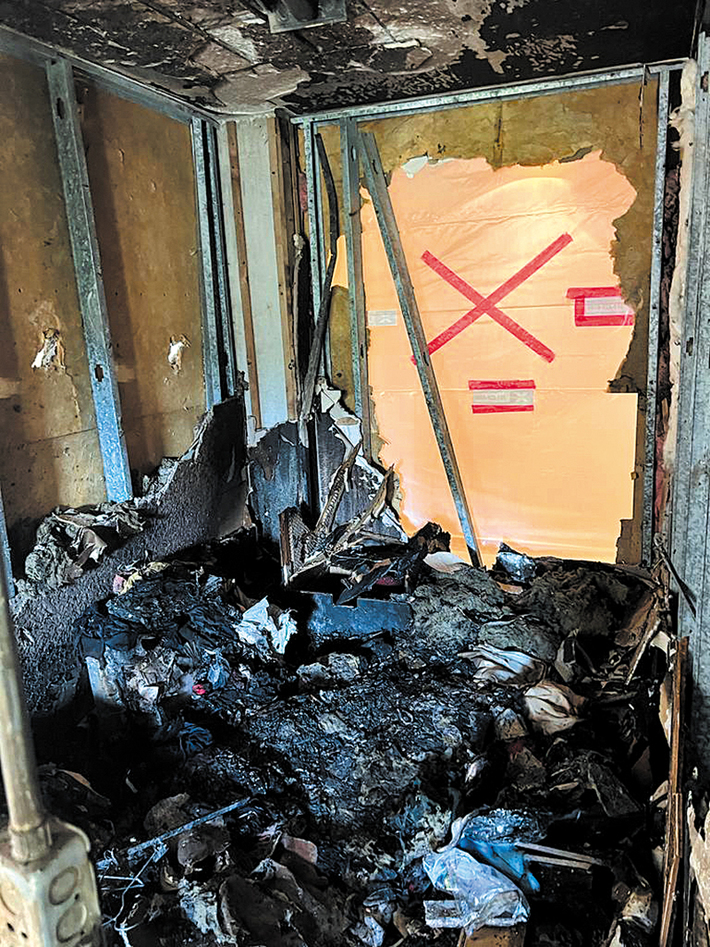 The Dec. 18 fire at Marina Kapulovska’s Boca View condo destroyed the family’s belongings. She lived there with her son, Maxim, and granddaughter, Michelle. They escaped after Kapulovska noticed smoke coming from a closet.

The origins of the fire remained under investigation at the end of December. Kapulovska said she was getting ready to go to church when she saw smoke coming from a closet. Her son and a neighbor tried in vain to put out the blaze before firefighters arrived.
The only thing she managed to salvage was a folder filled with important documents. “Thankfully, I have my papers,” she said.
Kapulovska first learned about Rotary, an international organization that provides services to others, when she visited two clubs in Kyiv. She knew then, she said, that she would like to be involved with the organization.
“I always have loved to volunteer,” she said. “I cannot imagine living a meaningless life. I need to give.”
She joined the Rotary Club of Boca Raton, the oldest of four Rotary clubs in the city, about 31/2 years ago.
Kapulovska connected the Boca club to one in Kyiv, and after the Russian invasion the Boca Rotarians held a fundraiser for the Kyiv club to help finance its assistance efforts.
Through a friend in Kyiv, Kapulovska heard about the mother of an infant who needed a special formula but was not able to get it as she sheltered from attacks in a subway station, Havener said.
Boca club members notified their counterparts in Kyiv, who located the mother and provided her the formula and other items for the baby.
While Kapulovska initially wanted to help people in Ukraine, she turned her attention to those arriving in South Florida when they reached out to her.
“We saw lots of need here,” she said. “People are still coming from Ukraine.”
Other club members have drawn on their own connections to help.
“We all have our networks,” said Havener, who will become governor of the Rotary district that spans from Palm Beach County to Brevard County in 2024. “Collectively, we have been able to clothe and house people.”
Mariana Oprea, a member since 2001, knows the owner and property manager of an apartment complex who quickly agreed to make units available to the refugees.
The owner of Cynthia Gardens “does it out of the goodness of her heart,” Oprea said. “They had available apartments. It was better to give them to those in need.”
That’s where Kapulovska and her family moved temporarily at the end of December.
She sees her own disaster as small compared with what her war-torn and devastated countrymen are facing.
“Please pray for Ukraine,” she said.