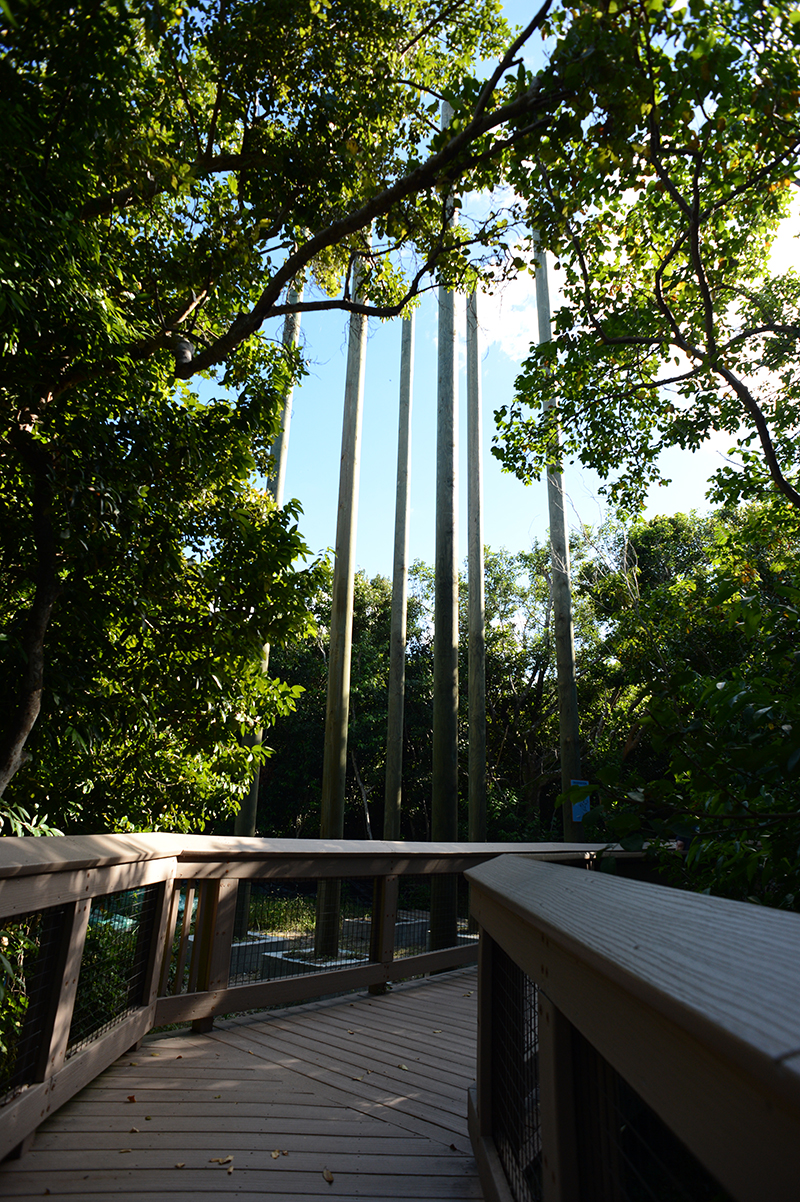 The estimated price of installing an inclined elevator at the Gumbo Limbo Nature Center to make a long-awaited observation tower ADA-compliant has ballooned from $500,000 to $1.2 million.

That has the Friends of Gumbo Limbo, which promised to fund the elevator’s construction, scrambling to find an alternative.

The Friends signed a memorandum of understanding with the Greater Boca Raton Beach and Park District last July that called for the district to front the construction costs and be repaid by the volunteer organization.

“At the time the MOU was done, I’m sure we thought the project would move on very quickly. Unfortunately that turned out not to be the case,” Jim Miller, president of the Friends, told district commissioners Feb. 18.

Miller said city officials told his group in November that the cost was increasing “to something over $600,000.” The Friends and the district asked for more details.

“We didn’t hear too much until [Feb. 6]. Then we heard from the city again that they’ve … found some other issues and now their cost estimate is more like $1 million or more to build the facility,” Miller said.

“All these things are happening very quickly and we don’t have a lot of detail,” he said.

The city’s estimates include $179,400 for piles, foundation and below-grade structure for the incline; $46,525 for a mechanical shed; $67,500 to connect electricity; and $65,000 for an elevator engineer and additional engineering consultants.

City officials also predicted operating costs of more than $100,000 a year. The figure includes $11,725 to wipe down the elevator once a week and pick up trash every day and $82,125 to open and close it daily and have an attendant on hand eight hours a day.

Miller said his group is looking at a possible alternative in Pinellas County’s Wall Springs Park, near St. Petersburg. That county opened a three-story observation tower overlooking the Gulf of Mexico with a wooden ADA access ramp in 2018.

“We ended up with a $1.2 million ramp to get people to the top of a $900,000 observation tower,” Paul Cozzie, Pinellas County parks and conservation resources director, told Wisconsin’s Peninsula Pulse magazine.

Gumbo Limbo’s hugely popular observation tower and boardwalk were closed to the public in early 2015 after engineers warned they were near collapse. The planned replacement tower would be built with composite wood decking rather than natural timber, but otherwise be a replica of the original.

The boardwalk reopened last July. A few months before, the Friends found a couple, Stephen Kosowsky and Sharilyn Jones, willing to donate $250,000 for the inclined elevator in memory of their son, Jacob, who had recently died in a car accident. The group launched a Save the Tower fundraising campaign and collected another $250,000.

“I’m constantly amazed at how many people remember the tower and look for it,’ Miller said. “I’m a guide over there and almost every day that I’m doing that, somebody asks me, ‘When is the tower coming back?’”

Workers installed six 40-foot-tall wooden posts embedded in 3-foot concrete bases at the planned tower site last spring, then left the area while the city, district and Friends looked for an ADA solution. The city favored scrapping the tower and building an educational pavilion instead.

“I think there’s a lot of anxious people waiting to see what’s going to happen. We are anxious. We’d like to see it happen,” Miller said.