The Blue Anchor restaurant and pub, a block west of the Intracoastal Waterway on Atlantic Avenue in Delray Beach, will remain open while it’s up for sale. Jerry Lower/The Coastal Star 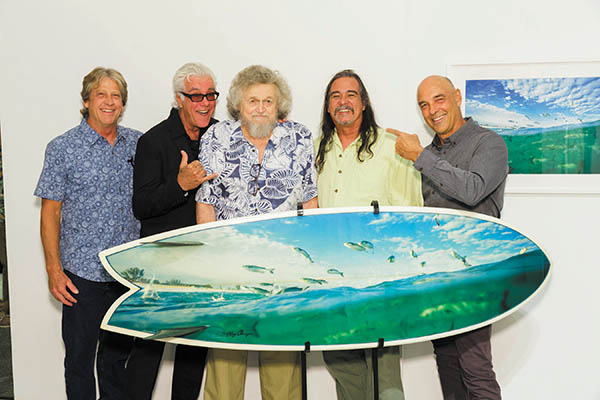 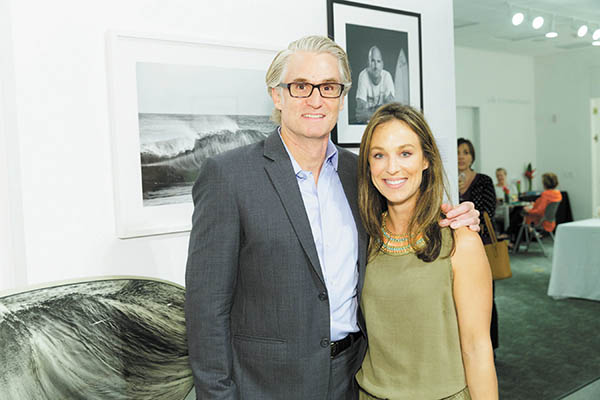 The Cultural Council is on a roll. It enjoyed the largest turnout ever for an exhibit debut at its Lake Worth headquarters in December — for a surfboard show. A members-only packed house Dec. 1 greeted the unveiling of 15x15, a display of specially made surfboards embossed with photographs taken by West Palm Beach photographer Tony Arruza. The open house the following night was even more impressive.
“We had to make people wait in line outside,” Blades said.

Blades was hesitant to stage the show, which runs through Jan. 21 (with free admission), because the council usually promotes artists in groups. Artists Services Manager Nichole Hickey changed her mind. “Where a museum may not take a chance, we can,” Blades added. “And I’m delighted we did.”
***
Where there’s Smoke, there’s still fire, but Bryan Tyrell isn’t stoking it. Two years after he was introduced as a Kansas City barbecue legend who would be executive chef at Smoke BBQ in Delray Beach, Tyrell has moved on. He’s overseeing the pit at the amusingly named Pig-Sty on Boynton Beach Boulevard. It’s just west of I-95 across from Wendy’s and Checkers. Ain’t nearly as big as Smoke, but Tyrell is offering a variety of barbecue styles from Texas to Kansas City to Carolina under the slogan “Come, Eat, Leave.” Curiously, the Contact Us page on the website was blank, but you'll find the address and phone number in the menu.
Pig-Sty even serves breakfast from 7 a.m. Basic sandwiches are $6.99 ($5 on Mondays and any day for cops, firefighters and military).
Smoke’s still smokin’ in Delray, at least through this season. Its owners have another Smoke in Fort Lauderdale and have plans for another spot in Broward County.
***
Believing the date will bring him luck, Delray Beach developer Frank McKinney is offering the initial public view of his first “Micro Mansion” on Friday, Jan. 13. Only 4,000 square feet, it is packed with luxury — sea-glass kitchen, living reef aquarium wall, two pools with floating sundeck, 650-square-foot master bedroom suite with second- floor outdoor glass shower surrounded by trees. All for $3.9 million, up from a bid of $3.5 million last fall. Visitors are asked to make a donation to McKinney’s Caring House Project Foundation, which has built 24 self-sufficient villages in Haiti. RSVP 655-8178.
***
The fourth annual Delray Beach Fashion Week kicks off five wildly fashionable days Jan. 25 with an art invitational at the Downtown Artists/Gallery Showcase and a runway fashion show on Atlantic Avenue in front of The Colony Hotel. The highlight is the Stiletto Race on Atlantic on Friday night, accompanied by raffles, giveaways, silent auctions, all for the benefit of Achievement Centers for Children and Families. (243-1077)