We may not have snow or even much chilly weather, but in classic South Florida form, we celebrate the holidays. 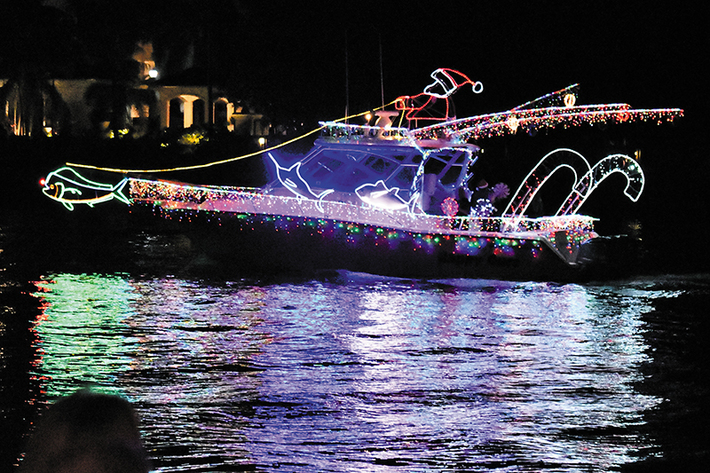 The Boynton Beach/Delray Beach boat parade on Dec. 10 had dozens of entries, including this one with Santa’s ship being led by a red-nosed dolphin. 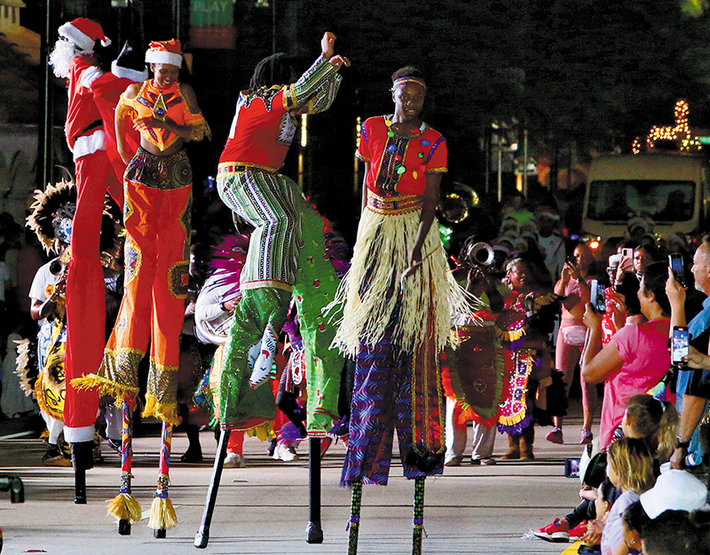 Members of Sunshine Junkanoo perform in Boca Raton’s 50th annual Christmas Street Parade held on Dec. 8. The parade’s theme was ’What Are You Streaming?’ The event featured more than 50 floats and groups that entertained viewers, bringing dance, lights and song to Federal Highway in downtown Boca. Judges for the evening were Joanna Marie Kaye, executive director of Festival of the Arts Boca; Cary Roman, founder of LivingFla.com; and Shayne Wright, sports director at WPBF-TV. The Seagate neighborhood in Delray Beach held a holiday gathering at its designated Cocktail Corner on Dec. 12, featuring an Ugly Holiday Sweater Contest and Holiday Golf Cart Parade. Several of the contestants dance and display their sweaters to voters and neighbors in a sometimes offbeat celebration. 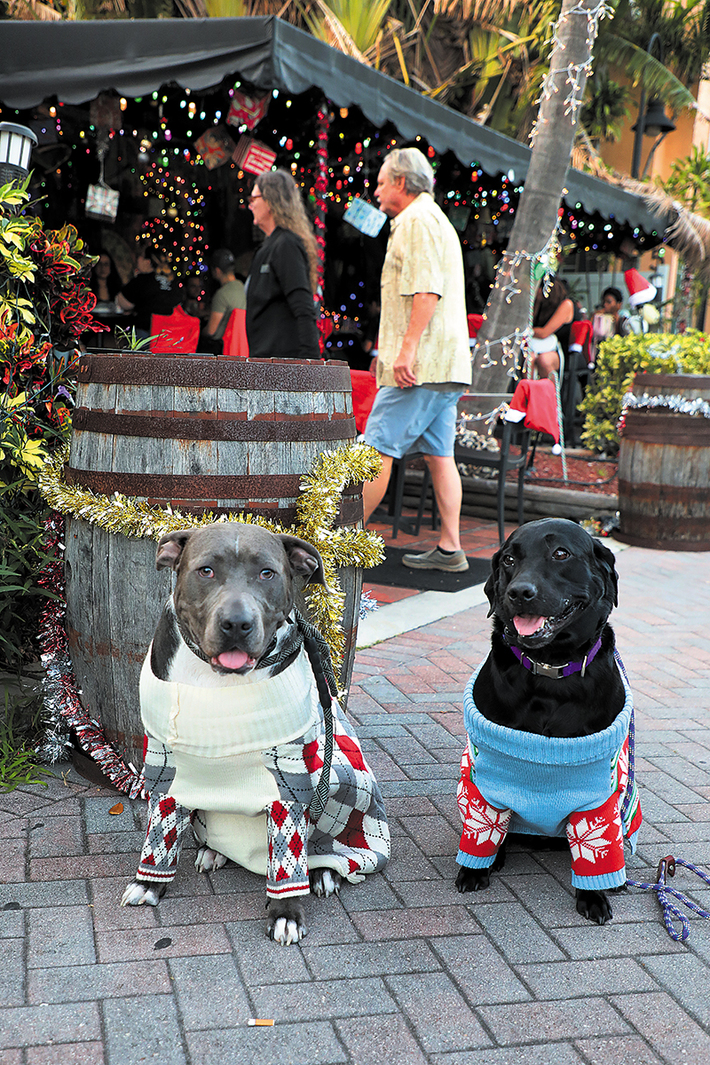 Ace, 2, and Kona, 5, are dressed in their finest ugly sweaters for the Dog Friendly Ugly Sweater Contest put on by the nonprofit Salty Dog Paddle surf brand and Death or Glory bar on Nov. 28 in Delray Beach. Their owners, John Wagner and Amanda Merrigan of Lake Worth Beach, saw the event advertised and were excited to get into the holiday spirit with their dogs.