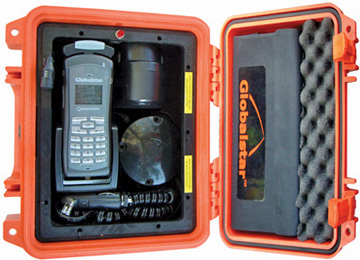 The saying “Technology is great as long as it works,” couldn’t be more true than in the aftermath of a devastating storm or hurricane.

How do you spell relief?  T-E-X-T. Indeed, texting might seem the bane of Western civilization to some people, but it could provide valuable information and even save lives in a post-hurricane environment.

The reason is as simple as stocking up on extra supplies during Florida hurricane season. That is, according to Kelly Layne Starling, spokesperson for AT&T’s south and west Florida markets, text messages go through faster than regular phone calls because they don’t take up as many network resources as a regular phone call.

“Texting has become such an important part of people’s lives, this is just one more example,” Starling said.

“With text messaging you have a better chance of getting through the storm,” said Ocean Ridge Police Chief Chris Yannuzzi, who has worked through Hurricanes Frances and Jeanne in 2004 and Wilma in 2005. “I wouldn’t endorse any one product (his department uses Verizon), because a lot of it depends on how quickly the towers can be repaired, even temporarily.”

While texting certainly is nothing new to most people, it ranks down on the list of post-storm communications alternatives. According to a Sachs/Mason Dixon poll released this past June, only 8 percent of Americans said they would rely on text messaging in a disaster. The poll, commissioned by Tallahassee-based National Hurricane Survival Initiative, reported more than half of Americans would rely on a cell phone or landline phone to communicate during and after a disaster.

The poll also said that 45 percent of Americans who currently belong to some kind of social network, such as Facebook or Twitter, would use it to communicate post-disaster. That sounds good, but again, one must remember that the electricity and cell towers needed to use the social networks might not be operational for days after a storm.

So what’s the next-best alternative? Although it’s more expensive than a smartphone or cell phone, a satellite phone is an effective way to communicate if all other lines of communication are down. Satellite phones could be particularly effective along the coastal areas of Palm Beach County that don’t have a lot of obstruction from high-rise buildings.

Satellite phones, such as InmarSat’s handheld IsatPhone Pro, can be found for as low as $549. Globalstar’s GSP-1700 satellite phone sells for around $499, but the company says its network currently is operating at only 40 percent capacity.

The satellite phone of the future could be AT&T’s TerreStar Genus  smartphone — touted as  the world’s first integrated satellite and cellular smartphone.  Selling for as low as $799, service is available in the continental United States, Puerto Rico, U.S. Virgin Islands, Hawaii and Alaska.

That’s the good news. The bad news is the TerreStar Genus  smartphone currently is available only to government and business accounts.

The most interesting form of post-storm communication, however, might be among the oldest. That is, amateur radio — or ham radio, as it is best known.

Actually, when it comes to local ham radio operators and emergencies, there is nothing amateur about them. Members of the Boca Raton Amateur Radio Association (www.goldcoastrc.com/brara home.htm) help at Red Cross shelters and hospitals.

Each member, according to BRARA President Nelson Winter of Hypoluxo, is trained in Amateur Radio Emergency Service by the Amateur Radio Relay League. ARES members also take courses taught by the Federal Emergency Management Administration, which teaches each one where he or she fits into the federal management system.

“What we do is coordinate with Palm Beach County,” Winter said. “The county is divided into four regions: North, Central, South and West. We have a coordinator who assigns people to various positions within the district.

“Our role is to be the link of communication of last resort.  So when the telephones stop working and communications systems aren’t working, they [shelters and hospitals] can still communicate using an assigned amateur field operator.”

The field operator, Winter said, communicates directly to the county’s Emergency Operations Center. People who have radio scanners can listen in on the communications, but can’t communicate directly with the operator.