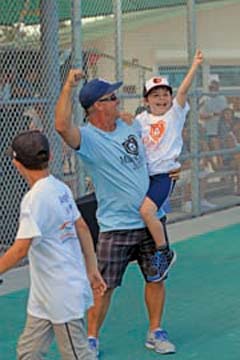 a hug after August got a solid hit and ran the bases. 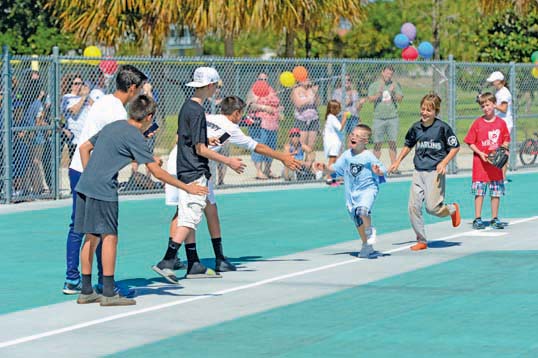 Kevin Taylor is greeted with a series of high fives as he rounds third base on Miracle League Opening Day in Delray Beach. 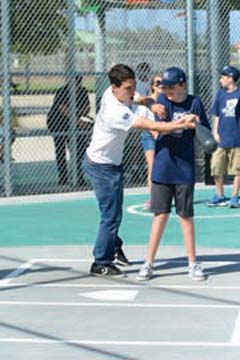 with his swing. In the Miracle League, all players get to swing

until they get a hit. After each hit, multiple balls are thrown into the infield

so that each player gets to field the ball. Every player has a buddy, an ‘angel in the outfield,’ to help. 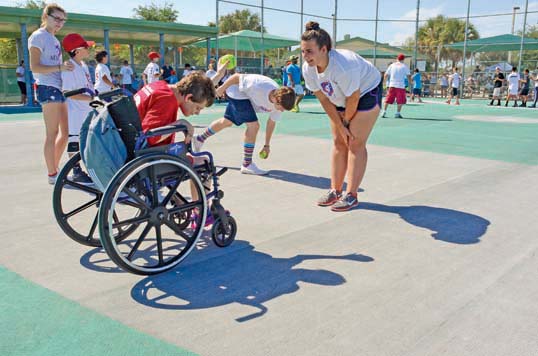 Buddy Shayni Sloan encourages Dinah Ruvolo as she reaches out to throw the ball.